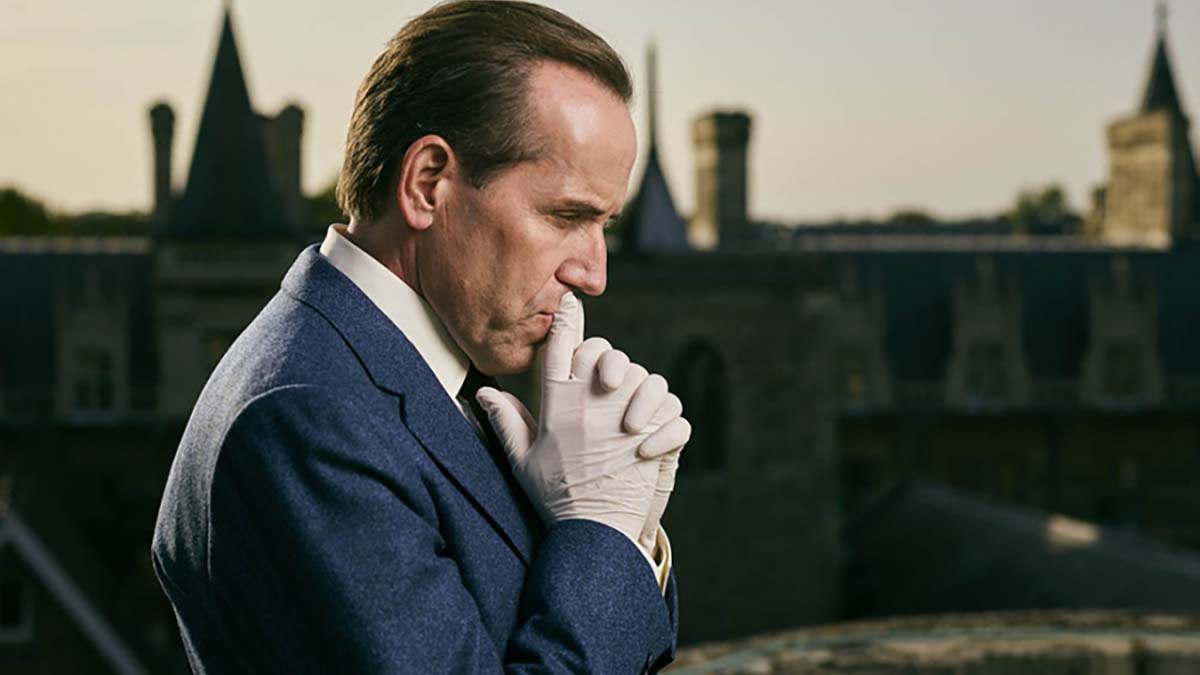 ‘Professor T‘, a remake of the quirky Belgian drama of the same name, will begin on ITV on Sunday 18th July at 9pm it has been confirmed.

Every aspect of Professor Jasper Tempest’s life is precisely calibrated and rigidly structured. Impeccably dressed and meticulously punctual, he lectures daily at the Cambridge Institute of Criminology, teaching students imaginatively, if pedantically, about the science of crime. And each evening, he returns home to his apartment, which is as sterile and systematically ordered as a science lab. Thanks to this strictly regimented approach, his OCD and germaphobia are under control.

But Professor T’s buttoned-down world is slowly undone when he is persuaded by one of his former students, Detective Sergeant Lisa Donckers, to assist her in investigating a serial rapist who has started attacking young women again after a 10-year hiatus. The Professor’s encyclopaedic knowledge of criminal psychology and his brilliant mind prove invaluable to the under-resourced CID team, but the cracks in his carefully constructed emotionless carapace also begin to show.

Working with the Police – and the fiery, instinctive, and occasionally chaotic Lisa, in particular – drags Professor T far from his comfort zone and forces him to confront his painfully suppressed feelings for an old flame, Detective Chief Inspector Christina Brand.

After deciding, in an uncharacteristically irrational moment, to move into his dusty and derelict family home, he also finds it increasingly difficult to escape the influence of his imperious mother, Adelaide, with whom he shares a harrowing family secret that has cast a long shadow over both their lives.

Professor T is a classic crime procedural, featuring a brilliant criminologist and amateur sleuth who solves a succession of quirky and baffling cases. At the same time, it explores the complex private lives of a diverse and engaging cast of characters, not least Professor T himself and the troubling effect that childhood trauma invariably has on adult psychology.