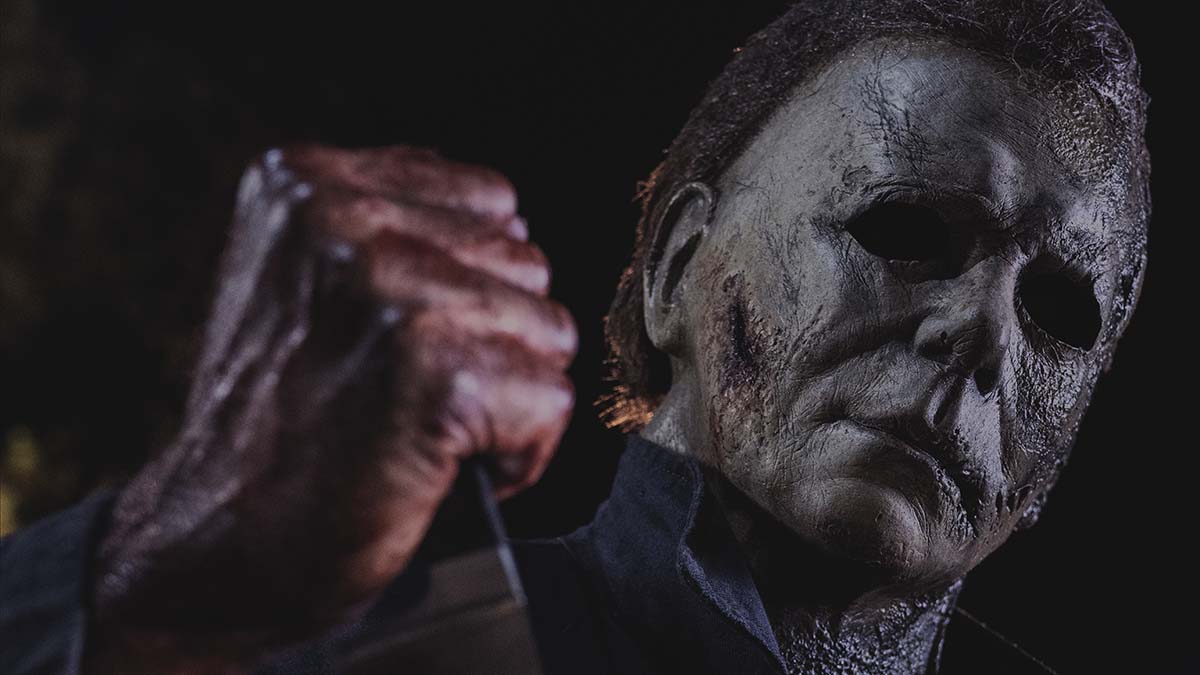 The trailer for ‘Halloween Kills‘ has debuted and it explains how Michael Myers survives the house fire he was trapped in at the end of 2018’s ‘Halloween’.

In the trailer, the fire brigade rush to Laurie Strode’s (Jamie Lee Curtis) house as Laurie, her daughter Karen (Judy Greer) and granddaughter Allyson (Andi Matichak) race away from the scene. As the firemen rush into the house, one falls through the floor into the basement where Michael was trapped and before you know it, the iconic killer is slaughtering the whole team.

The synopsis for ‘Halloween Kills’ is:

Minutes after Laurie Strode, her daughter Karen and granddaughter Allyson left masked monster Michael Myers caged and burning in Laurie’s basement, Laurie is rushed to the hospital with life-threatening injuries, believing she finally killed her lifelong tormentor. But when Michael manages to free himself from Laurie’s trap, his ritual bloodbath resumes.

As Laurie fights her pain and prepares to defend herself against him, she inspires all of Haddonfield to rise up against their unstoppable monster. The Strode women join a group of other survivors of Michael’s first rampage who decide to take matters into their own hands, forming a vigilante mob that sets out to hunt Michael down, once and for all. Evil dies tonight.

‘Halloween Kills’ is written by Scott Teems (SundanceTV’s Rectify) and Danny McBride and David Gordon Green based on characters created by John Carpenter and Debra Hill.

2018’s ‘Halloween’ earned more than $250 million worldwide, becoming the highest-grossing chapter in the four-decade franchise and setting a new record for the biggest opening weekend in history for a horror film starring a woman.