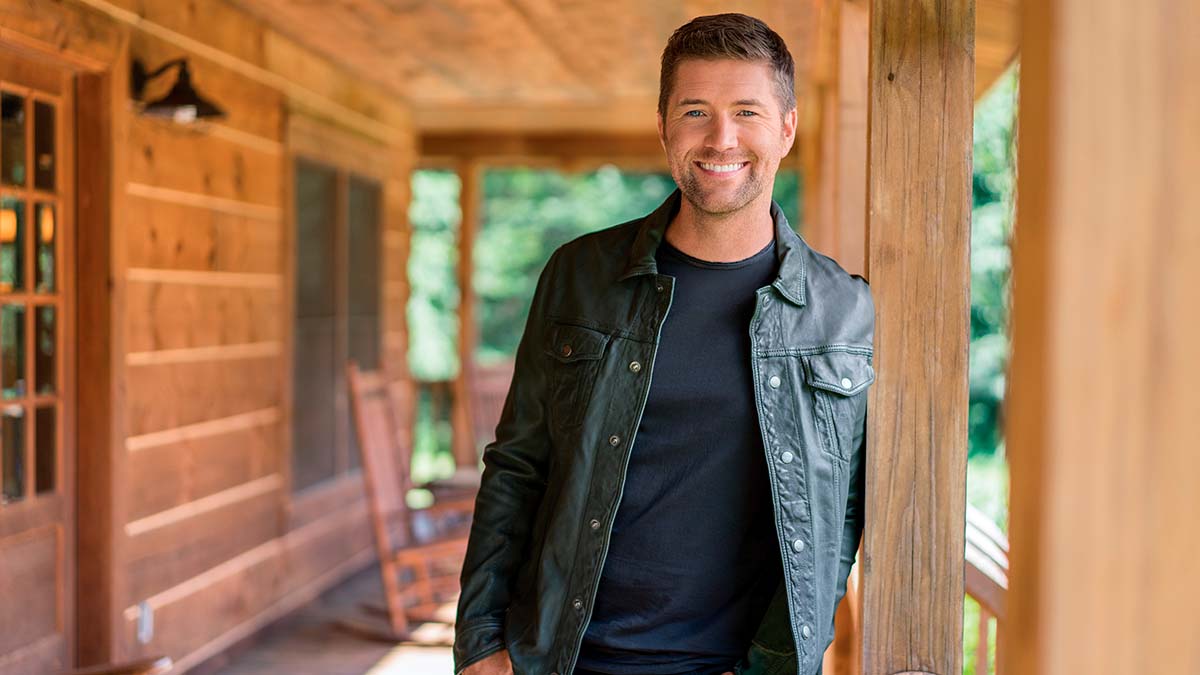 Few artists in modern Country music have achieved the success that Josh Turner has.

A constant in the charts since his debut album ‘Long Black Train’ in 2003, Turner has gone on to be one of the most successful and celebrated artists in the genre. 2021 marks the 15th anniversary of his iconic second album ‘Your Man’, which is getting a Deluxe Edition release on 25th June.

I spoke to Josh earlier this week to reflect on the success of ‘Your Man’, talk about the stories behind the songs, and to find out which song he wishes had been a single…

When we spoke last, just under a year ago, the pandemic was still new and we thought it would be over soon. Here we are a year later and we’re still in it. How has the past 12 months been for you?

It’s been, y’know, different (laughts). It’s been good in a lot of ways and it’s been challenging. It was hard not being able to work but the good side of things is that I’ve been writing a lot. I’ve spent a lot of time with my family and I’ve finally got to get to that list of things that we all have that we say, ‘I don’t have time for this’. I worked on that list for a while and then a month later we were still in a quarantine and pandemic (laughs) so I started finding new ways to spend my time. I really buckled down with writing and we started working on a new record. I spent a lot of time with family, did some hunting and fishing, did a lot of reading and just tried to make use of that downtime.

It must be a positive thing to come out of the pandemic by celebrating the 15th anniversary of your album ‘Your Man’. It’s such an iconic Country record. How do you feel about it?

It’s kind of surprising in a lot of ways the fact that we’re talking about my second record being 15 years old. It’s kinda wild. It had a lot of success, there’s a lot of backstory to the record and a lot of side stories attached to it. It just continues to have these revivals every few years where something happens and the sales and the popularity of this record and songs take off. It’s kinda wild to see that happen. The most recent thing that happened was ‘Would You Go With Me’ blew up on TikTok. That was completely organic. I don’t remember how that really started. It took off and it became a trend and it’s wild to see how people make my music a part of their lives.

‘Long Black Train’ was a breakthrough for you and it was your first Platinum album but ‘Your Man’ took things to a whole new level. Do you remember how you were feeling ahead of releasing the album? Were you quite confident coming off the back of ‘Long Black Train’?

Yeah, you know, I was relieved because when I was making my first record I heard so many people talking within the industry about the sophomore curse. I didn’t understand what that was at first but basically it was the fact that not many artists get to make it to their second record. Most everybody can make a first record but to get to make a second record is a blessing. My first record ‘Long Black Train’ had achieved Platinum status so that paved the way for ‘Your Man’ to even exist. We went in and made a great record and we had a lot of great songs to choose from. It took the pressure off and it was good because I had more confidence and I knew my way around the studio a little more. We had a lot of success with the ‘Your Man’ record. It sold almost 102,000 copies in the first week and eventually went on to sell 2 million copies. It was such a great time in my life because, as you know, not many years after that people quit buying full records like they used to and it’s really changed a lot since then.

‘Your Man’ was written by Jace Everett, Chris DuBois and Chris Stapleton, before the rest of the world knew him as an artist. You mentioned there were lots of songs to choose from for the album so what did you think was special about ‘Your Man’?

The first time I heard, it was literally a work type where it was just Chris Stapleton and a guitar. Everybody now knows what Chris Stapleton sounds like so you know that his voice is totally different than mine. When I heard it, I had a hard time envisioning how it would sound on my record. My producer Frank Rogers encouraged me to take it home and try it in a key that was comfortable for me and just try it out and see how I felt about it. So I did and I came back in the next day and said, ‘I think we should try this’ and from the very first notes of the song I really felt like it was going to be a hit and it was a special song, and I was right. I just didn’t know how big a success it was gonna be.

I remember when you came to London in 2019 and the crowd went wild the minute the opening bars of the song started. People go crazy for that song and it’s definitely one of your signature hits…

(laughs) Yeah they do, absolutely!

‘Would You Go With Me’ was another number one off the record and ‘Me and God’, the third single, has had a life of its own since being recorded for this album. Was there a song on the record that you wish had been a single?

A lot of people really felt like ‘No Rush’ was a missed hit. They felt like it could have been a single and they like it could have been a career changing song. It’s this slow sultry love song. I do a modulation down a key, which is kind of rare. It was written by Shawn Camp, Billy Burnette and Brice Long, and just a really great Country song. But who knows? I don’t know if it would have been a hit or not but the label decided to go with ‘Me and God’ and try to build upon the foundations that ‘Long Black Train’ had started for me. Having Dr. Ralph Stanley on it was an honour for me and it had a pretty good wide reach. Because of its success, it was a top 15 song and it got nominated for several awards, Dr. Ralph would actually come out and do it as an encore acapella at his shows, which really struck a chord with his audiences. Fast forward down the road a few years and Darius Rucker is making his Grand Ole Opry debut, and the song that he chose to sing was ‘Me and God’. It’s just been wild to see all of these different stories go along with it.

For me, ‘Loretta Lynn’s Lincoln’ should have been a single. It was such a fun song and something so different for you at the time. Plus you had Chris Stapleton singing backing vocals on it…

I remember the first time I heard that song. It was a demo and Shawn Camp, one of the writers on the song was the singing it, and it stopped me dead in my tracks because I was like, ‘this is the craziest story I’ve ever heard’ (laughs). Melodically and vocally I just felt like it would be so much fun to sing and it was. It really paints a visual image in your mind and I’ve had so many people say, ‘you should do a video of that song’ but I don’t know if I could ever get Loretta or Dolly to agree to do something that wacky (laughs).

I think you’ve got a good chance. Can you imagine how that would go down on TikTok?

Oh, yeah. TikTok just kind of come out of nowhere, and I didn’t really know what to think of it at first. Embarrassingly, my first TikTok video was me trying to floss (laughs). We’ve really taken off on TikTok and ‘Would You Go With Me’ has really blown up there and become trendy again. You just never know what’s gonna come your way and how music is gonna relate to people.

You also collaborated with John Anderson on ‘White Noise’ and of course you reunited with him for a song on your latest album ‘Country State of Mind’. Did that feel like a full circle moment?

Yeah. John has been a friend of mine for a long time and a hero for even longer. Having him on this record was really fun. I think that might have been the first song we wrote together. The idea came from me leaving Nashville one day in my truck and I was looking to a live record by Ernest Tubb from 1965, and it just got me thinking about that statement that somebody had made a long time ago about how Country music is the white man’s blues. I got to thinking about that and the term ‘white noise’ and I was thinking that could be an alternative term for Country music in that theme. John and I sat down and wrote it, and it just became a really fun energetic phone. We always love playing that live on the road. Fast forward many years down the road, and John and I are still friends and I got to play one of his songs, ‘I’ve Got It Made’, on my latest record. It’s always an honour to work with John.

You mentioned you’ve been working on a new album. What can you tell me about that and when might we hear it?

I’m not at liberty to say but I’ve been working on the new record. It’s probably the fastest record that I’ve ever made as far as getting my part done. My part was done from start to finish in 22 days. (laughs). I don’t recommend it. It’s taken a few years off of my life (laughs). The next record is gonna be a little more laid back and relaxed. I’m excited about it and I think it’s coming together pretty nice. I’m liking what I’m hearing so I can’t wait for the fans to hear it.

Advertisement. Scroll to continue reading.
In this article:Featured, Josh Turner