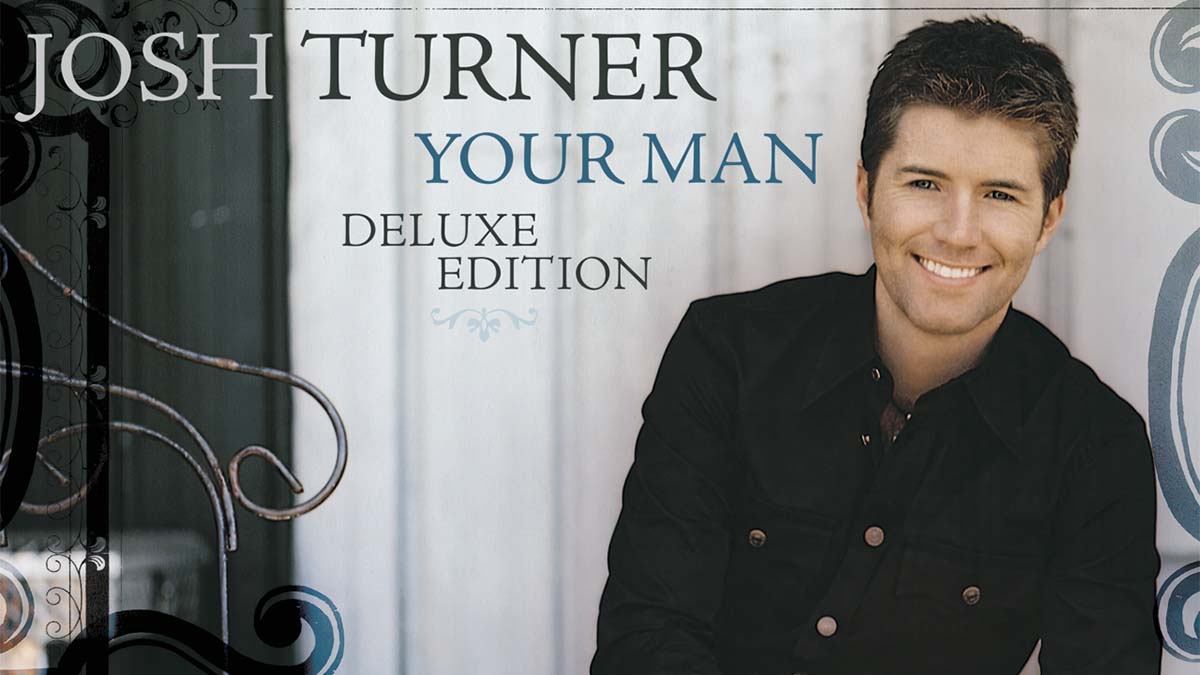 Josh Turner released his debut album ‘Long Black Train’ in 2003, which put him on the radar of Country music fans and hit Platinum, but it wasn’t until his follow-up album ‘Your Man’ in 2006 that he had a huge breakthrough. That album spawned two number one hits – ‘Your Man’ and ‘Would You Go With Me’ – and became Turner’s first number one album. Incredibly, 15 years has passed since the release of ‘Your Man’ and to celebrate that milestone, Turner is releasing a Deluxe Edition that features three live tracks alongside the original track listing.

The impact of ‘Your Man’ on Turner’s career is undeniable. It took him from moderately successful to one of the leading artists in the genre. It’s testament to the songs that many of them are still regularly included in Turner’s live sets and it only takes a few seconds of ‘Your Man’ before the crowd erupts with excitement. ‘Your Man’ was produced by veteran producer Frank Rogers and it features songs written by the likes of Chris Stapleton (before the rest of the world knew him as an artist), Jace Everett, Chris DuBois, John Anderson and Shawn Camp.

The reason that ‘Your Man’ resonated so strongly is because it stuck to the true traditional values and sound of the genre. Turner soared on the charts during a time when the genre hadn’t been watered down by outside influences, and to be honest his voice is so distinctive that he’s always had a unique sound that elevates him above his contemporaries. Fan favourite ‘No Rush’, which should have been a single, is one of the finest moments as Turner’s deep drawl speaks the verses (before Sam Hunt made that his signature sound) and the chorus swirls into steel pedal heaven with a soulful vocal to accompany it.

Aside from the obvious songs – ‘Your Man’, ‘Would You Go With Me’ and ‘Me and God’ – there are some fantastic songs on this record. The raucous and playful ‘Loretta Lynn’s Lincoln’ is an uptempo jam that showed a completely different side to Turner (and features Stapleton on backing vocals), while ‘Baby’s Gone Home To Mama’ has an infectious groove that underpins Turner’s deep voice. ‘White Noise’ featuring John Anderson, whom Turner recorded with on his latest record ‘Country State of Mind’, has injections of rock contrasting nicely with the heartfelt ballad ‘Angels Fall Sometimes’.

Album closer ‘Way Down South’ brings ‘Your Man’ to a suitable close with an uptempo melody that celebrates coming-of-age and growing up in the South. It also paves the way for the three live bonus tracks, which are nice to have additions to the track listing although I’d have preferred some bonus songs that didn’t make the original record.

‘Your Man’ is a classic Country album and for me, it’s still the one that Turner has to beat. The original track listing is flawless and it’s a real shame the album didn’t spawn more than three singles. The bonus tracks are a nice add on but I’m not sure they’re going to be reason enough for fans to buy this ‘Deluxe Edition’ if they already have the original album. If you’ve yet to get a physical copy of the album though, I heartily recommend you snap this up.