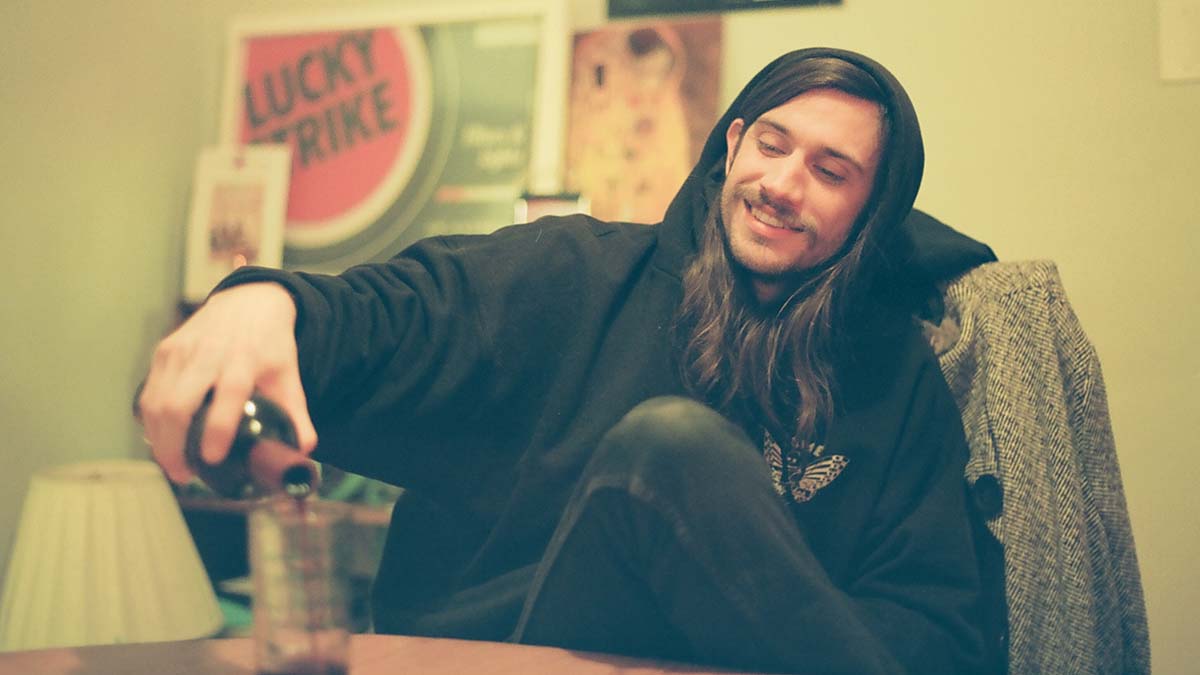 Kentucky singer-songwriter Sam Filiatreau recently released his self-titled debut album, which was recorded over the course of three days.

Signed to Caamp frontman Taylor Meier’s Gjenny Records, Filiatreau melds together folk and Americana to create his own unique sound. Inspired by the storytelling songs of ‘70s country, along with John Prine and Randy Newman, Filiatreau stays true to the traditions of the genre and away from the modern trappings.

I caught up with Sam recently to talk about the album, discuss the story behind it and to find out how creative he’s been during the pandemic…

I’ve been really enjoying your debut album and I love the story behind how it all came to be. What was that journey like for you?

It’s pretty wild. Especially just because you hear a lot of those stories happening in music but they never really happen to you. At that time in my life, I was over playing music and just exhausted by it all, and then I had that lucky situation where Taylor (Meier) and Matt (Vinson) had played this small show at a buddy’s house to 15 people. I played in between them and we hit it off and ended up partying until like five o’clock in the morning. That turned into a few tour dates with Caamp and then a recording session and now Gjenny Records. It’s been awesome. I feel really lucky to have gotten that chance encounter.

I understand the album was recorded in three days. That must have been intense?

It sounds more intense when you say it out loud (laughs) because the three days were so calm. I mean, there was an end goal, but we were really just hanging out with with an idea that we were trying to follow through with. Eight songs… when you say it was in three days, it sounds like you’re forcing it or something to get everything the way that you want it, especially because when we left the session that was it. There were a few overdubs outside of the cabin. It was pretty relaxed, even though it was so fast and it turned out the way that I wanted it to. It sounds so loose. It’s not perfect and I like that because that whole trip wasn’t perfect. We were just throwing that together and I think it really embodies that trip.

The album sounds great to my ears. Would you say you’re your own worst critic?

The last 12-18 months have been a rollercoaster for everyone. I’ve spoken to so many artists and they fall all over the spectrum. What was this time like for you?

At first it was an artist’s dream to be like, ‘okay, we’re gonna be locked inside for a little bit. We’re gonna have all this new material to come out of this pandemic with’ but, I know not everyone did, but I got lazy. Having the option to play and write all the time makes it harder for some reason. I want to be able to be doing something and try to squeeze (writing) in because it makes me work a little harder. Me and my partner were making a bunch of music at the beginning. She wrote a lot and I did too, but I think it’s hard to not get lazy and not watch a show at the beginning of the pandemic, or just do anything else when you’re inside all the time. Picking up a guitar can either make you a little more depressed or make you feel better, it was back and forth (for us).

Yeah, there’s just so much time to do it. You’re like, ‘well, it doesn’t matter if I don’t do it right now’. Yeah, that’s a great way to put it.

Was it hard for you not being able to get out and play live?

I personally hadn’t been touring a lot so in general I’m ready to play live shows. This is all kind of new to me. I hadn’t been on long runs or anything. I do miss playing live music. It keeps you on your toes. You can be as good as you can in the studio but if you can’t play live, it’s gonna show

Did you keep connected with fans through live streams and things like that?

Not really just because I hadn’t had anything out (at that point). The relationships that I had through music were mostly through like Taylor and just like bands and stuff, less than actual fans waiting on my material. We had this record done for almost two years so through the pandemic and figuring out release dates, I wasn’t in a hurry, and nobody was waiting on me. Nobody was losing money because I was holding it back. It fell in line with touring opening back up so we can tour the record. I was just trying to be patient with all of it.

What reaction have you had since the album’s been out?

It’s good. I’ve gotten a lot of great messages on Instagram and socials and stuff, which is different. To hear from people all across the States and random places, saying that they like it, or that it’s hitting them in a special place, that’s awesome to me. We’re getting some plays and we’re touring hopefully in September or October. I think that’s when it’s when it’s all gonna be kind of chugging all the way again.

When you’re actually out there in front of fans and people that know your music or winning over new fans, that’s when I guess it’s gonna hit for you…

Yeah. You can put an album out and you can get a bunch of streams, or maybe you won’t, but you’ll get so many fans just by touring around. You get to convince people live, even if you couldn’t do it on the record, sometimes it takes people to see it in person to get it.

Are you planning any point to come over to the UK?

Gosh, I hope so. Whenever you all let us over there again, which might be a while. I would love to come to the UK. I’ve never been to Europe before.

At this point now the album’s out and you’re plotting touring, are you thinking about the next project?

Yeah, definitely. Like I said, this is an album that’s been done for two years and as much as I know that I have to still give it a lot of my time, I’m ready to record another record, or at least start thinking about it. I’m not trying to rush anything but I feel pretty ready. I’m talking to friends and workshopping songs out to figure out what the next move is and what the next thing sounds like. It’s gonna be similar to the first album but a little different.

I’ve got about 300 recordings on my phone, just voice memos and stuff but now we got to put them to Pro Tools or something (laughs).

Is that your process? The minute you get an idea, you just grab the phone and get it down?

Yeah because I have an awful memory. Somebody actually said something to me the other day, maybe Keith Richards is what they said, but if you don’t remember the melody then it wasn’t worth remembering. Now I’m thinking like ‘alright, maybe I’m doing the wrong thing recording these all the time’. (laughs)

Advertisement. Scroll to continue reading.
In this article:Featured, Sam Filiatreau