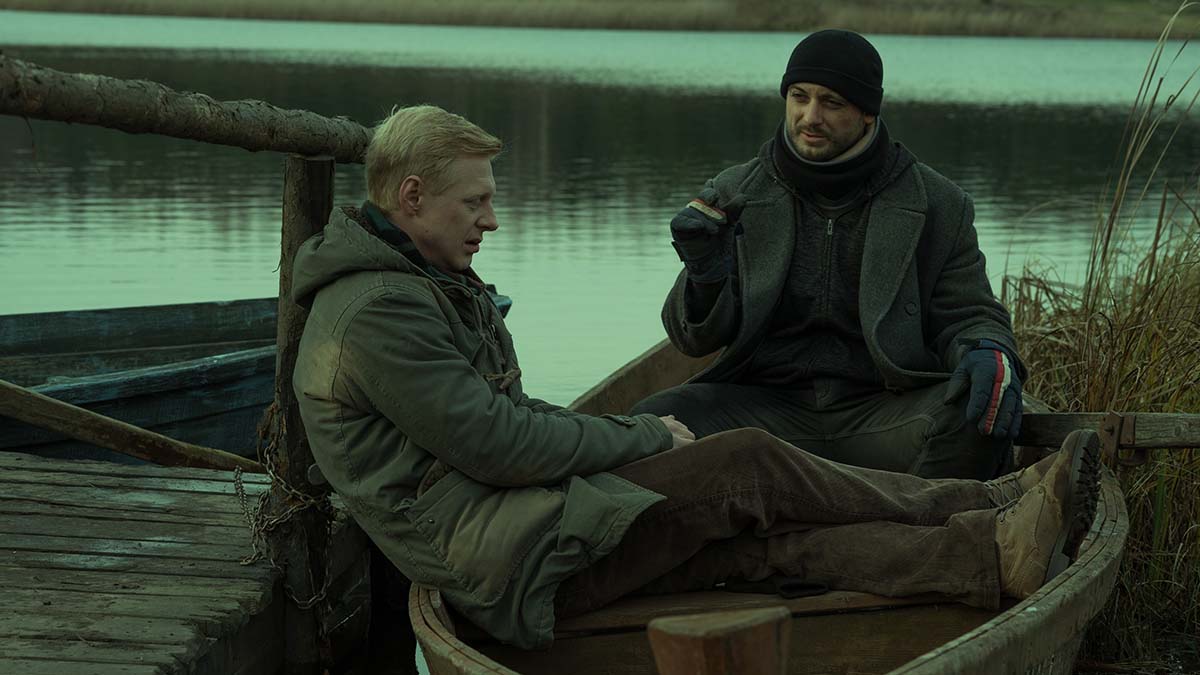 ‘Raven’ is a weird but wonderful one. Whereas some thrillers can be out-of-the-box formulaic and predictable, the new Polish series – part of their summertime Polish season on Walter Presents – is anything but run of the mill.

If you want to avoid spoilers for ‘Raven’, stop reading now.

It starts with a quite brilliant opening sequence. A parcel arrives at a country residence, where the occupants are preparing for a grand party. The package is taken in by a house-servant, and we follow its path as she takes it from the courier to a desk in a study. There the lady of the house picks it up and takes it to her husband; it’s he who is hosting the party. He looks mystified – who is it from and what’s inside? Us viewers are all expecting the worst – is it a body part, a dead animal? No – it’s after-shave. Phew – what a relief. Or is it… Cut to a few hours later and the party is in full swing. A blind boy is a guest; he gets up for some food, when he suddenly becomes agitated. He stumbles into guests, bumping from one dinner-suited party-goer to the next, (literally) blindly on the trail of something – a smell, or more accurately – a scent. The finale is quite shocking and brilliant. A wonderful opening sequence that engages the viewer immediately.

How that scene interlinks with the rest of the show will no doubt become clearer over time; but for now, the main thrust of the opening episode revolves around Adam Kruk, a police officer with psychiatric issues, a drug habit – oh, and a neck brace. He is a brilliant but unconventional detective who is forced by a childhood friend, Slawek, back to the city of Białystok in north-eastern Poland where they were raised in an orphanage. I say forced, because the scene where Adam is taking a bath and visited by Slawek is extremely violent – in fact, physical violence and malice permeates throughout the show. It’s certainly not for the faint-hearted.

Adam and Slawek are clearly on the trail of the management of the orphanage nearly 30 years after their time there. Something happened during their time at the orphanage and now Slawek wants revenge, whereas Adam wants to go down a more legally-correct route.

Elsewhere, Adam’s day job sees him pursuing illegal cigarettes and a bogus robbery in his inimitable style, whilst his long-suffering pregnant wife, Anka, has to cope with having a husband suffers physical violence and medication-induced mood swings on what seems like a daily basis.

Raven (or simply Kruk in Polish – the literal translation) is fascinating viewing. It’s bleak and foreboding, but the acting (Michal Zurawski as Kruk, Cezary Lukaszewicz as Swalek, Katarzyna Wajda as Anka and the brilliant but terrifying Mariusz Jakus as the bent copper, Kaponow) is excellent and the storyline intriguing. Kruk is a brilliant character who struggles with his addiction and the trauma of his childhood, but seems desperate to do the right thing by his friend – even if that means putting his own safety and that of his wife and unborn child on the line.

In a world of vanilla, Kruk is a slice of salted caramel deliciousness. Highly recommended.

Walter Presents: ‘Raven’ is available as a box set on All 4 now.

Advertisement. Scroll to continue reading.
In this article:Raven, Walter Presents