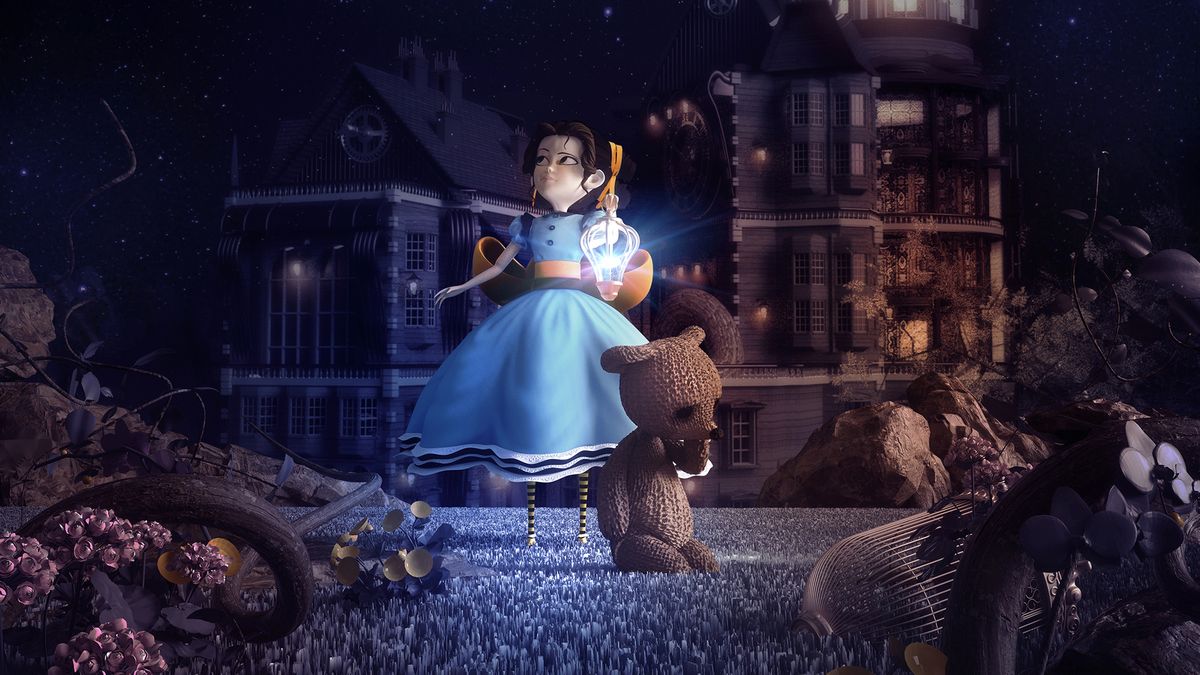 Tandem: A Tale of Shadows is developed by Monochrome and published by Hatinh Interactive. Set for release later this year, I’ve been able to play through the first few levels on PC to get a taste of the gameplay.

Tandem is set in late 19th century London, where a local boy called Thomas Kane has disappeared. He’s the only son of two famous magicians. Scotland Yard are on the case but are close to giving up. 10 year old Emma finds herself intrigued and decides that she’ll try and find Thomas.

Watch the Tandem: A Tale of Shadows story trailer below:

On her way to the Kane mansion, Emma sees a teddy bear fall from a passing carriage. The bear is called Fenton and he promptly gets to his feet and chases after the carriage. Emma also gives chase and they both arrive at the mansion.

Once inside, something happens to Fenton and he finds himself able to run along walls. You take control of Emma from a top-down perspective. It’s also possible to switch control to Fenton from a 2D side-scrolling perspective.

Graphically the game looks rather nice and feels like some kind of mashup between the minds of Tim Burton and Disney. Fenton appears to be in some kind of shadow realm and his sections remind of the game Limbo.

The neat thing with the character switching is that the worlds of Emma and Fenton are connected. By moving around and manipulating light sources, Emma is able to cast shadows. If these shadows are dark enough they exist in Fenton’s world as platforms. By switching between characters and working together it’s possible to help each other out and progress.

The game appears to be split into chapters and these are set out Candy Crush style with a path of different puzzles to overcome. For this preview I was only able to play through the first 7 puzzles. As you’ve expect the puzzles start off simple and gradually increase in complexity.

Fenton spends most of his time conquering simple platform sections in order to press buttons to help Emma. Meanwhile, Emma is constantly moving into position to cast shadows for Fenton, as well as manipulating the position of objects. There’s plenty of opening and closing gates as well as finding keys to open locks. At the end of each level, Fenton finds a magic crystal that is passed to Emma so she can progress.

If Emma casts a shadow in the wrong place it’s possible for Fenton to get stuck until she changes its position. If Fenton fails to make a jump he often finds himself falling to a spiky death. Emma must also watch her step and one of the later levels I encountered featured nasty spiders that she needed to avoid.

Overall I rather enjoyed my brief time with Tandem: A Tale of Shadows. The puzzle mechanics work well and are sure to ramp up the difficulty over the course of the 45 levels that will be in the final game. At the end of the preview was a short video montage, similar to that at the end of the story trailer, that shows there are plenty more surprises in store. I look forward to playing the finished game when it launches later this year.

Tandem: A Tale of Shadows releases 2021 on PC via Steam, Switch, PlayStation 4 and Xbox One.