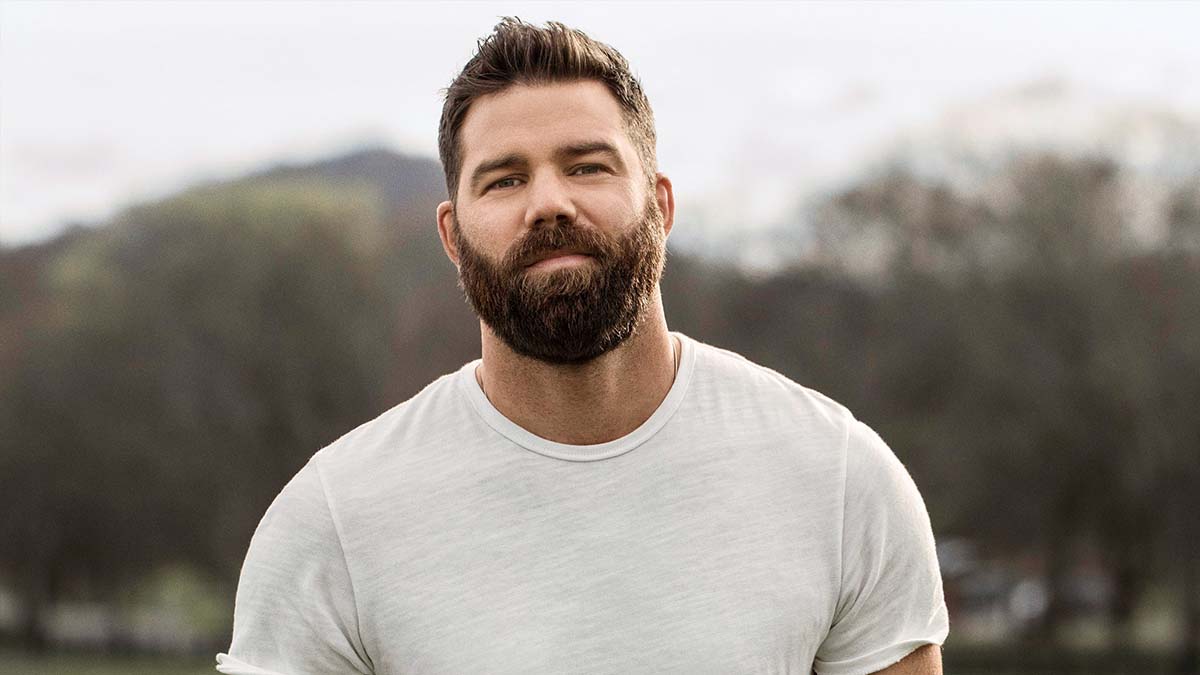 Singer-songwriter Jordan Davis has established himself as one of the rising stars of the Country music genre.

With two number one singles under his belt and his current single ‘Almost Maybes’ looking likely to become his third, Davis has spent the last year releasing new music in the form of two EPs. The latest EP arrive earlier this year, ‘Buy Dirt’ and it sees him opening up as a songwriter and teaming up with Luke Bryan.

I spoke to Jordan recently to talk about the EP, discuss the impact of the pandemic on his songwriting, and to find out plans for more new music this year…

So much has happened since we last spoke, which was when your self-titled EP had been released. 12 months on and ‘Buy Dirt’ is out. What’s the last 12 months been like for you?

Man, it’s been crazy. It’s been good in the fact that I’ve been able to be at home and watch Eloise grow up and be here to get to hang with her, and it’s been good in the fact that we’ve been able to write music and get the EPs out. It’s been crazy in some other aspects. I feel like I was able to learn some things and fall back in love with songwriting and reprioritize what I was gonna put as important whenever the world opened back up. A lot of good from from the tough situations.

You recently announced that you’re getting ready to welcome your second child. How are you feeling about that?

I’m pretty stoked. We both want a few kiddos. It’s a weird time to bring a kid into the world. We look back at Eloise and from pretty much her second month on, she’s been living in quarantine. It’s a weird time but we’re super blessed to, as of now, have a healthy baby and a healthy mama, and we’re just looking forward to meet him.

Your new EP ‘Buy Dirt’ is out now and it features ‘Almost Maybes’, which was also on your last EP. Did you include that song because of the reaction it’s been getting?

It’s been pretty cool to see the reaction to it. I felt like when we wrote ‘Buy Dirt’, I was just in a weird time. A lot of the songs on the self titled EP were done before the pandemic and were written before the shutdown. ‘Buy Dirt’ was written in the throes of it. The majority of it, outside of ‘Almost Maybes’ and ‘I Still Smoked’, and it just didn’t feel like the same project. It felt like I was in a different spot and it felt like something I could maybe grow on. I have a lot of songs that are written in that time period that I think that we could put out and still be in that same kind of headspace. It’s weird. I never thought I’d released two EPs back-to-back but it just felt like ‘Buy Dirt’ needed to be its own thing.

This EP doesn’t hint at a progression for your sound and there are bits that are different from what we’ve heard before. Luke Bryan is on the title track. How did that come about?

We had him in mind from the day we finished the song as far as if we were going to pitch the song or not, Luke would be a great fit for it. When I decided I was going to record it, I couldn’t get the thought of maybe having Luke sing on it out of my head. I actually sent it to him in a text message and told him how much the song meant to me, and that I would love for him to be a part of it if it’s something that he wanted to do. I had a feeling the song would resonate with him. Luckily, me and Luke are close enough friends that he didn’t just screen my text and erase it. It was pretty quick on him getting back to me. He was like, ‘man, I love the song. Let me live with it just to make sure that it’s right’ and he called me back a week later and we were in the studio before long.

My favourite track on the EP is ‘Trying’. It’s such a beautiful way to close out the EP. What’s the story behind that song?

Man, that came out of a huge fight with me and my wife (laughs). It was the last song we wrote for the year, the last song we wrote for the EP, and really, to be honest with you, I never thought that that song was gonna make it on there. It was just a song that I felt like I needed to write because I was in that headspace, I needed an apology and I needed to say I’m sorry. Luckily, Ashley (Gorley), Emily (Weisband) and Paul (DiGiovanni) were willing to hear me out and willing to write that with me. It’s crazy how songs come along, when they’re supposed to come along. In my mind the EP was done, the songs were picked out, they were already sequenced, it was a done deal, nd then we write ‘Trying’. It’s just the perfect way to end that EP. I appreciate you saying that. That song means a lot to me.

With that song I feel like we’re getting to see a more vulnerable side of you that we haven’t seen up to this point. Has the impact of the last year and the pandemic made you more revealing as a songwriter and an artist in any way?

Yeah. The pandemic has definitely made me rethink the songs I’m writing like, ‘what are you leaving? What songs are you going to put out there for people?’ That’s made me change the way I approach songwriting, in the fact that I maybe get a little more vulnerable and a little more honest in some of these songs. Also being a dad, there’s just something to having a child that opens up this different side and allows you to be a little more vulnerable, and touch on some of those topics that you never even knew you would really want to touch on until you have a kid. I think it’s kind of a mixture of both; the pandemic and just becoming a new dad.

You’re planning on heading out on a headline tour in the US at the end of the year. How excited are you to be getting back on the road?

Man, I’ve been counting down the days. I know I shouldn’t be because I’m enjoying this this time at home and enjoying being with Eloise, and being able to run upstairs and play with her if I want to. When we start touring, that’s not going to be the case. I love playing music, and I love playing my shows and connecting with my fans playing these songs live. I don’t think I knew how much I loved it until I couldn’t do it so to know that we’re this close to being back out there… we’re chomping at the bit.

Your UK fans are so desperate for you to come back here and tour. Is that something that’s on the cards?

Yeah, headlining stuff for us, I feel like that’s something we’re gonna do every year depending on some of the other tours that we’re on. Having headlining shows for us is really important. I always want to be able to go out and play our show. I’ve said from day one, building a fan base in the UK is very important to me too because of y’alls love for music and love for songwriting, which I know we’ve talked about before. Don’t get me wrong, y’all throw down as well, but there’s definitely a deep love for songwriting. I can definitely see this tour rolling into next year and good Lord willing, getting over to the UK and touring. To headline a tour in the UK would be a really, really special thing for me.

You realise that we’re going to be rabid by the time you get over here don’t you?

Have you started to think about the next project now that ‘Buy Dirt’ is out in the world?

We’re constantly writing songs. We have four or five songs that we’re gonna go record in July. I would love to put a record out. The EPs is great and I had a fan say the other day that I’ve put a record out but just two different parts of it. I have a lot of songs that I do want to record and get out. It never stops, you never stop wanting to put music out and becoming a better songwriter and writing better songs. In the next couple months I’ll be knocking on the higher ups door saying ‘hey, can I put some more music out?’ That’s really all I’m thinking about right now.

I appreciate that. It really does mean a lot. I’m grateful to be doing it. I’ve got an amazing group of songwriters that I get to create these songs with and hearing stuff like that, man, you really don’t know how much I appreciate it.