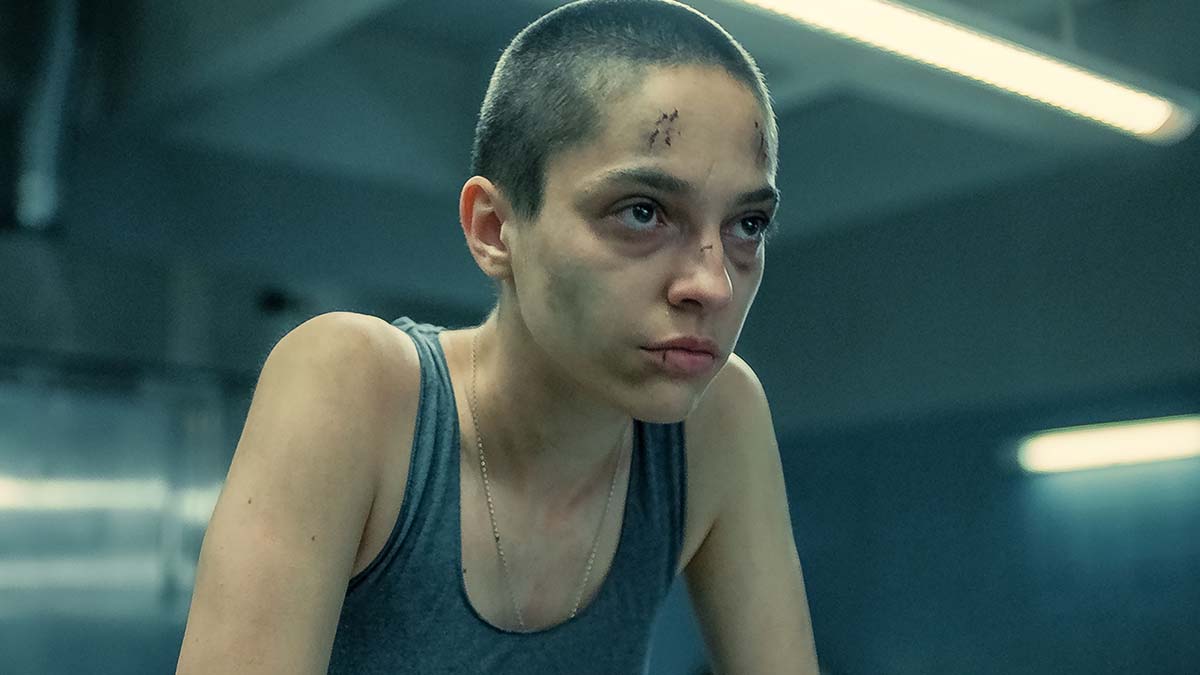 Walter Presents heads back to familiar territory in this latest thriller set in Stockholm, Sweden. It’s the tale of Lidia, a Romanian woman who is duped into leaving her waitressing job in Bucharest for a supposed similar position in Sweden. But the chap who entices her away is in fact a pimp, and before you know it Lidia is forced into the dark world of prostitution in the Swedish capital.

In an attempt to collect funds to escape her plight, Lidia starts helping herself to valuables from her clients – and along with a fellow prostitute, they squirrel their booty away in a left luggage compartment at the railway station – the eponymous Box 21.

Elsewhere in Stockholm, we meet Ewert and Anni – a husband and wife cop duo who are expecting their first child. But when the pursuit of an erratically driven car results in Anni getting seriously injured (and the culprit – Jochum Lang – a known gangster getting off with a very lenient sentence) Ewert plots revenge.

The opening episode ends with a bit of a shocker, which will presumably set us up for an intriguing six episode journey into the seedy underbelly of Stockholm’s gang and sex industry.

This is very much a thriller by numbers. There’s an air of predictability about the writing that means the show is fairly mid-table when it comes to the best in crime drama, rather than anything spectacular. And there’s a surprising lack of engagement in the characters (given that it’s based on a novel) that lets it down too – it’s hard to feel a huge amount of empathy with any of them after the opening episode.

But on the plus side, it’s nicely shot. Both the clips of Bucharest and the main staging in Stockholm have been creatively recorded. And I’m intrigued to see how the two threads – Lidia the Romanian prostitute and Ewert the revenge-seeking Swede – become inter-woven. There’s a clue to that outcome right at the start of episode one, when we hear an emergency response operator speaking with someone (possibly Lidia) about an incident at the morgue. No doubt all will become apparent in time.

As I mentioned, the story comes from a novel by two well-known Swedish writers, Anders Roslund and Börge Hellström. Entitled ‘The Vault’ in its English translation, it came out in 2005 and was the duo’s second published novel. Hellström, who died in 2017, was a reformed criminal and was a very respected in assisting ex-cons to rehabilitate. I understand that the series deviates from the novel quite considerably, but hopefully the full depth of characterisation that a novel affords will become apparent in the show over time.

This could be a slow burner. It’s far from perfect after one episode, but there’s enough intrigue there to win you over for a more prolonged viewing.

Walter Presents: ‘Box 21’ premieres on Channel 4 on 7th June at 11pm. The full box-set is available now on Walter Presents via All 4.