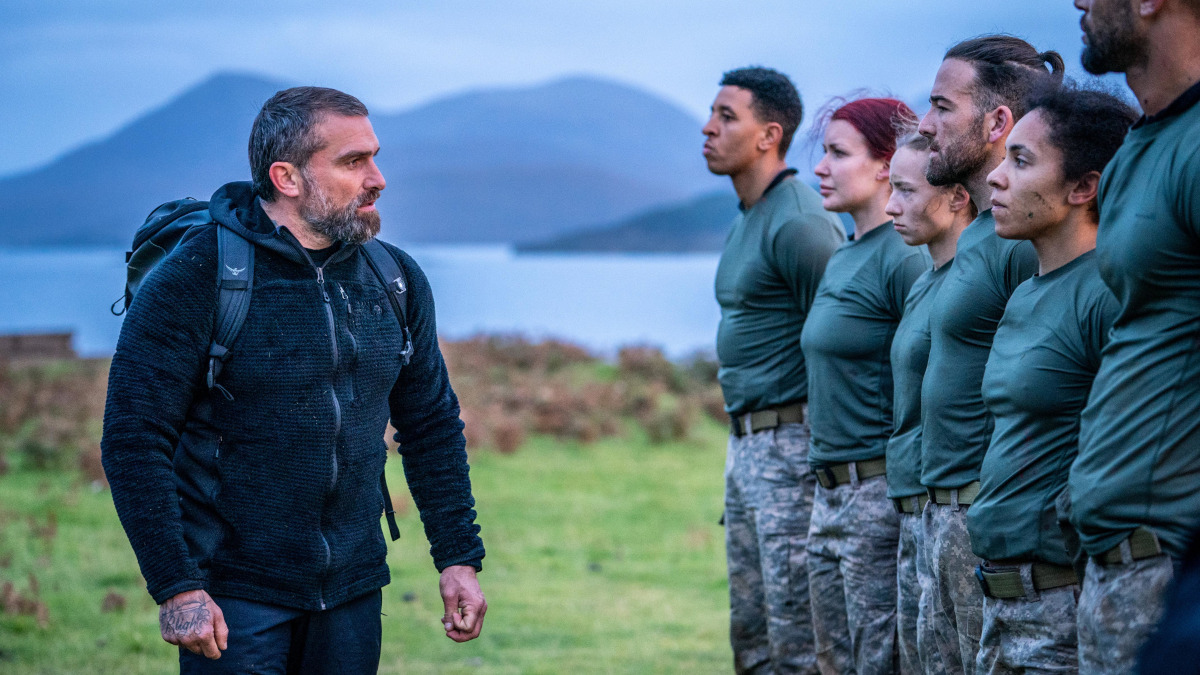 SAS: Who Dares Wins season 6 continued last night on Channel 4. The remaining recruits were pushed even harder to allow the DS (Directing Staff) to continue whittling down their numbers.

In episode 2, the theme was fear. The first challenge faced by the recruits in phase 2 involved a 3km climb just to get to the start point. This proved too much for number 13, Holly and she decided to VW (Voluntary Withdrawal). The actual challenge was a fast forward abseil which proved tough for those with fear of heights. Number 2, John and number 6, Jake struggled while number 16, Connor impressed.

The DS noticed that Jake was struggling to keep his emotions in check and brought him in for questioning. He explained that his girlfriend had been in a road traffic accident a year earlier and sadly died. Ant tried to motivate him to push on with some encouragement.

The next challenge was a cold water immersion exercise. The recruits had to walk into near freezing water and then hold themselves with just their heads above water. On command they needed to fully submerge. This was followed immediately by pairs taking turns to fireman carry each other up a hill. Jake dislocated his shoulder and was forced to VW. John again struggled and came incredibly close to surrendering his armband.

Back at base, John was brought in for questioning by Ant and Billy. John explained he had a past of being bullied and drug abuse. They advised him to pay attention and do what he was told in order to progress.

The DS had been very impressed by Connor and brought him in for questioning. He’s an Irish dancer by profession and they were surprised to hear that he has no military experience. Ant and Foxy had him show some of his dance moves. They explained he was doing very well and wanted him to be their inside man.

For the next challenge, the recruits were split into two teams to take on a simulated night operation. The teams were hooded and made to find their way in pitch black as they tried to locate and extract equipment. The DS watched on using night vision headsets. Number 3, Justine led team Bravo while John led team Alpha. Both teams disappointed on different aspects of the task but team Bravo performed better.

The DS decided to give the recruits a night time beasting. They were particularly keen to push number 9, DJ for his performance on the previous challenge. He eventually lost his temper and looked close to breaking. Ant gave him some words of encouragement.

In episode 3, the next 48 hours are all about how the recruits control their emotions, as they are set to be tested in three brutal tasks.

In a series first, the recruits are expected to perform a backwards dive at night; to also perform an illusion jump; and then to summon up but also control their aggression as they take on ‘the Redman’. And after all this, and to the utter shock of all the recruits, the undercover DS is revealed.

SAS: Who Dares Wins series 6 continues at 9pm Sunday 23rd May 2021 on Channel 4. Preview episode 3 with our gallery: