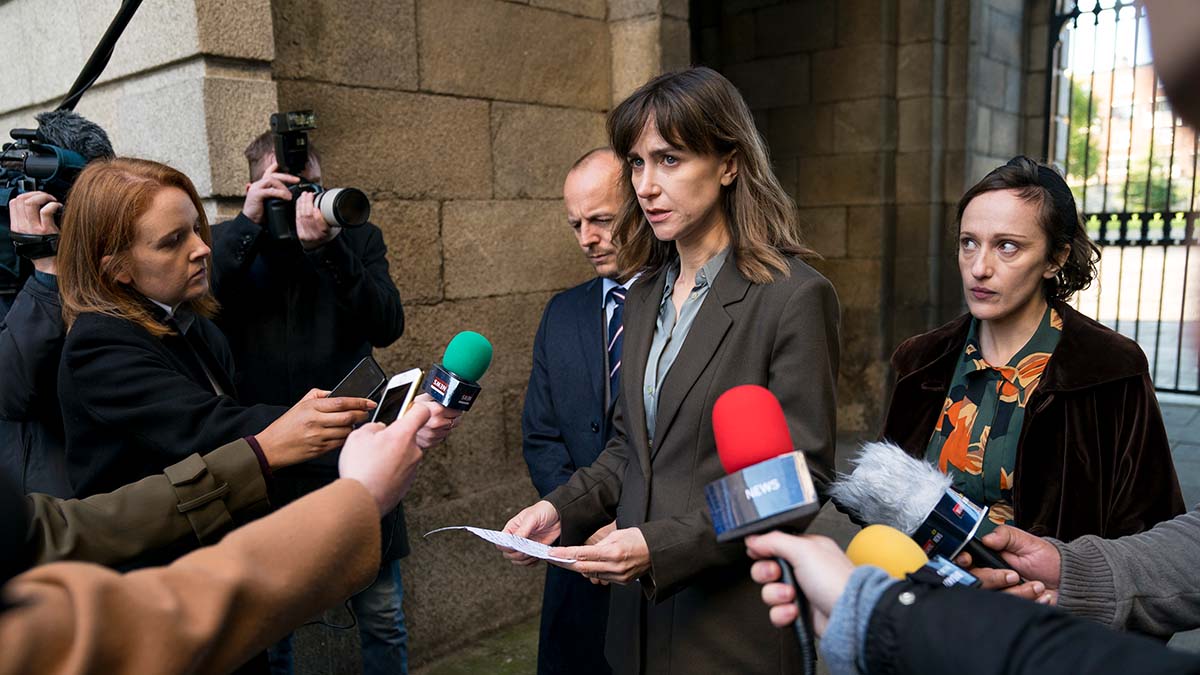 The second series of ITV’s hit drama ‘Innocent‘ begins tonight and will unfold a new story over four consecutive nights.

With a cast led by Katherine Kelly and Jamie Bamber, the tense drama focuses on the story of Sally Wright (Kelly), a teacher who is released from prison after serving five years for the murder of her student, which she didn’t commit.

When Matty is found dead, brutally stabbed with a broken cider bottle, suspicion falls upon teacher Sally Wright who had admitted to taking special interest in the boy. In spite of having no criminal record, no history of violence and vehemently protesting her innocence and the fact she couldn’t be placed at the remote beauty spot on the day Matty was found murdered, Sally was convicted by a majority verdict and sentenced to a minimum of 15 years in jail.

The new four-part series opens with Sally in the dock of Carlisle Crown Court, steely and determined to prove her innocence and that she’s been the victim of a terrible miscarriage of justice. As she waits for the jury to deliver on her appeal, Sally contemplates how she’s lost everything she holds dear. Her relationship, home and marriage to Probation Officer, Sam, her job as Head of English at a local comprehensive, her status and good name in the community, and personal contact with her aging mother who now lives in a care home.

When the forewoman pronounces Sally is ‘not guilty’ of the crime which has destroyed her life her first thoughts are for Matty and his parents, John and Maria Taylor, who are still living their nightmare.

Hell-bent on reclaiming some of her life, Sally sets out to help the police seek answers and find the real killer. DCI Michael Braithwaite, returning to work after a period of absence, is charged with re-investigating the case and is determined to discover the true identity of Matty’s killer.

‘Innocent’ airs at 9pm tonight and continues at the same time every night until Thursday. Preview the first episode with our gallery below: