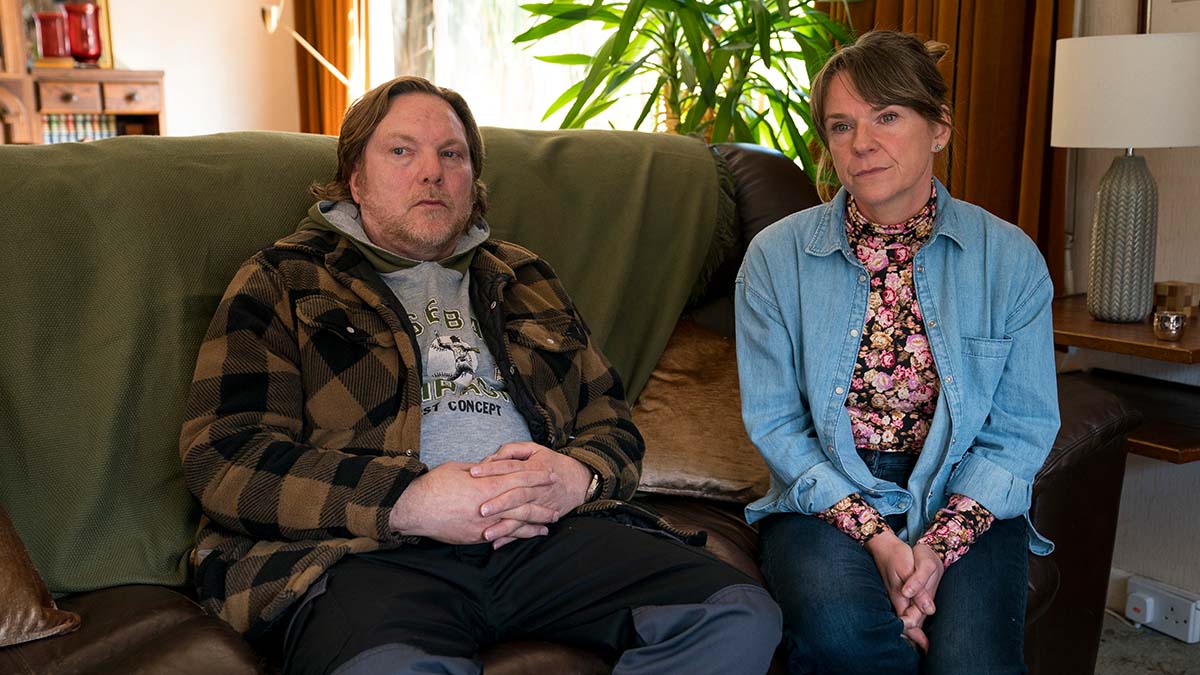 If you want to avoid spoilers for ‘Innocent’, stop reading now.

The series opened with former teacher Sally Wright (Katherine Kelly) being found ‘not guilty’ after serving five years for the murder of her student Matthew Taylor. The verdict wasn’t greeted well by Matthew’s parents and Sally’s reputation was tarnished by her time in jail and the rumours that she’d slept with her student.

As Sally moved in with a friend, she vowed to get her life back together but discovered that her ex-husband Sam (Jamie Bamber) was planning to marry someone else.

Sally’s release meant the police had to investigate the murder again and DCI Mike Braithwaite (Shaun Dooley) headed up a new team. He asked Sally to work with him, which she agreed to do, and it wasn’t long before he was picking holes in witness statements and forming a new theory about what led to Matthew’s death.

As Sally begins a confident return to work, the police question Anna Stamp as they attempt to uncover what it is she is hiding, and more importantly what are Matthew’s parents covering up? Karen grows increasingly paranoid over Sally and Sam.

‘Innocent’ continues tomorrow at 9pm on ITV. Preview the the next episode with our gallery below: