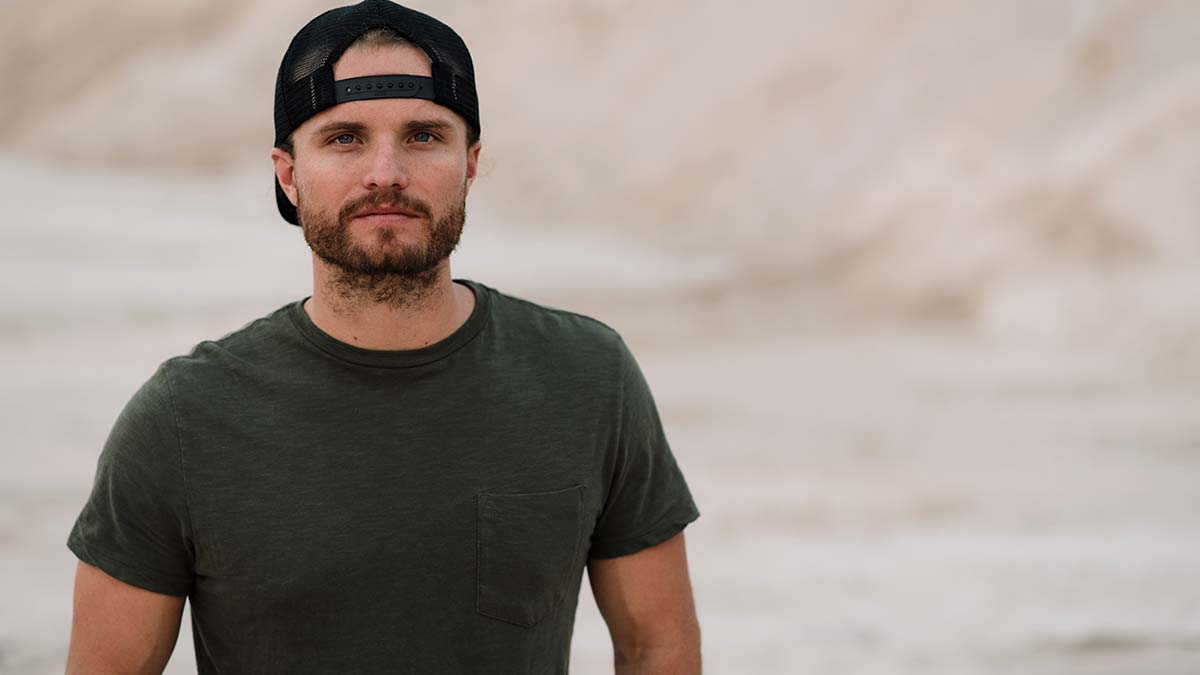 Hunter Phelps may not be a name you instantly recognise yet but he’s the songwriter behind hits for the likes of Jameson Rodgers, Matt Stell and Chris Lane.

Over the past year, Phelps has been releasing his own music as an artist showcasing that there’s more to him than just his knack for writing a killer song. His latest release is the clever ‘Whiskey Mode’, which is out now.

I spoke with Hunter recently to talk about ‘Whiskey Mode’, discuss the incredible success he’s having as a songwriter and to find out more about his songwriting process…

Your new single ‘Whiskey Mode’ is a song you’ve said you just couldn’t give to someone else. What’s the story behind the song?

We actually did give this song a shot getting pitched around. The song wasn’t my idea but I knew it was a great idea. When Brent Anderson, the guy I wrote it with, pitched it to me, I knew it was smash and a big song. Since it wasn’t my idea, I really wanted the song to have a shot to get to a big artist, just for Brent’s sake because it was his idea. We actually did pitch it around a little bit but nobody bid on it fast. After a month or two I was like, ‘man, if you’re cool with it I would really like to cut this song?’ and he was fired up about that. We went straight to the studio and cut it.

It’s a really great song and such a clever idea. I love the lyric video too…

Brent had the idea. I got to his house, it was just me and Brent writing on his back porch and he was like, ‘I got an idea. It might be dumb but it’s called “Whiskey Mode”‘. When he said it I didn’t get it. I was like, ‘what is it? Like the guy drinks whiskey and he turns into a crazy person or something?’ and he was like, ‘no, like airplane mode on your phone. You wish you had a whiskey mode on your phone’. I thought it was one of the best ideas I’d ever heard. We wrote it an hour. As soon as we were done writing it we were high-fiving because we knew that we’d written a really good song. We went straight to a lake front bar and had beers. We were celebrating the song before it was ever anything. We knew it was awesome when we first wrote it. That one just just felt different.

(laughs) yep, it would be nice to have one. I need one for when I’m just bored sitting on the couch looking at stuff on Amazon.

What’s your plan moving with music moving forward? Are you working towards an EP or a longer length release?

I like putting out singles. If it ever makes sense to do a record I would love to. That’s not the plan right now though. We have two more songs that we are planning on cutting. I think we’re gonna start cutting one by the end of this month and I’m really pumped about that one too. I wrote that one Brent Anderson also. For now, it’s just more singles. and giving each song its shot so that’s the one that everybody listens to. It’s gives it a spotlight for a second instead of it being part of a batch of six and then everybody likes two of them, and the other ones don’t get the attention that they could have gotten if they’ve got released by themselves.

If I ever have the budget to do a full record and do it right… it’s really expensive to do that but that would be awesome. I have songs that would go on a record that aren’t songs you would release by themselves. They are just cool songs that are personal but you wouldn’t release them by themselves as a single because they’re not geared for that. It would be awesome. I’ll do one one day, but not anytime this year or in the next year.

You’re pretty busy at the moment given you have six songs that you’ve written on Country radio right now. That must be crazy…

It is crazy. I will definitely agree with you on that. I would have never believed anyone if they said I would have six songs on Country radio at one time. I just never thought that was something that can happen. It really hadn’t changed how I’m working. I’m still writing every day and I’m just gonna keep doing exactly what I’ve been doing. Hopefully it keeps working like it’s going right now.

These are six of the best songs on Country radio right now. Every one is a banger I would include on a playlist…

Thanks man, I appreciate it. I will say that I have a good teacher. Ashley (Gorley) is an awesome person to be able to bounce stuff off of. I’ve learned a ton from him over the last four or five years that I’ve been signed with him. He’ll be the first person to tell me when the song is wrong. I’ve had really good advice this whole time.

You had your first number one last year with ‘I Don’t Know About You’, which was recorded by Chris Lane. That’s a huge milestone for a songwriter isn’t it?

Yeah, it was nuts. I was actually playing a show in Nashville opening for Chase Rice on a Friday night. That’s the night that I heard and it was my birthday. Someone came up to us and was like, ‘y’all are good. You got the number one’. It was insane to have my first number one on my 30th birthday. Needless to say, we definitely drank a lot after that and celebrated that (laughed).

Does having a number one add more pressure when you’re writing now?

Sometimes. I do feel a little extra pressure sometimes going into writes with people that I don’t know, that don’t know my style of writing or just how I normally do stuff. I’ll prepare a little extra for those kind of writes and make sure that I have my stuff together when I get in there. (I don’t feel pressure) with my regular crew. We just go in and always try to write an awesome song. I’m lucky to have came up with the class of songwriters and guys that that I came up with and we all appreciate well-written songs. What we want out of a song, we all have the same thing and the same bar.

Is it easy for you to know when a song you’ve written is for you or when it’s better suited to another artist?

I know pretty quick, if I’m gonna if I would cut a song or not. ‘Whiskey Mode’ I knew instantly that I was going to cut it if somebody didn’t cut that song. ‘Silverado’ didn’t even get pitched. That was one that I wrote the chorus down and brought it to Ben Johnson, the guy that wrote it with me and produced it. The last six songs I put out, I think probably only two of them were pitched. ‘Whiskey Mode’ I knew was a big song and I wanted the song to get its shot to make the rounds. If any of the big artists wanted to cut it, then I’d give them a shot at it, but luckily for me none of them bid on it. I wasn’t hesitant at all to take it to the studio and cut it.

The pandemic has prevented you getting out on the road. How has it impacted you creatively?

2019 was the first year I ever really toured so I haven’t been on the road a ton. As far as the pandemic goes, just writing on Zoom was the only thing that was different. We still wrote through the whole thing. I wrote a ton of songs. I definitely wrote more songs this year than I have written in the last five years probably. It was a good year for songwriting, for sure, but it didn’t change much for me just because I haven’t been on the road too much.

How do you feel about Zoom writes?

I’m not a fan. I don’t like them. When you show up to a write in person, everybody checks in and talks about life for an hour before song even gets started. That doesn’t really happen on Zoom. Everybody’s like, ‘what’s up? Hey, I got this idea!’ and then by 2pm everyone is done. I wrote a couple of good songs on Zoom, I will say that. I just like hanging out with buds and all that stuff in person, and jamming. It’s tough because we write with track producers all the time now and it’s tough to run a track through Zoom, and write to a track. Usually in the room, we have a track looping the whole time so we’re all throwing stuff at the wall and seeing what sticks. You can’t do that on Zoom. Everybody has to take turns talking so it’s definitely different. I’m not a fan (laughs).

Are you able to get back in the room with people now and start thinking about touring again?

Yeah, I’ve been writing in person now for the last couple months. It’s nice to be back in person. Some people are still Zooming and some people are back to full steam. Today I’m writing with Lindsay Rimes at his house and we’re going to Zoom the other writer. It’s finally starting to come back.

When you’re able to, will you be coming over to the UK to perform?

Man, that would be awesome. I would love that. I’ve never been there. Actually my grandma, she was born and raised in Manchester. She grew up there and so it’d be cool to go there. I have relatives that live there still.

In this article:Featured, Hunter Phelps