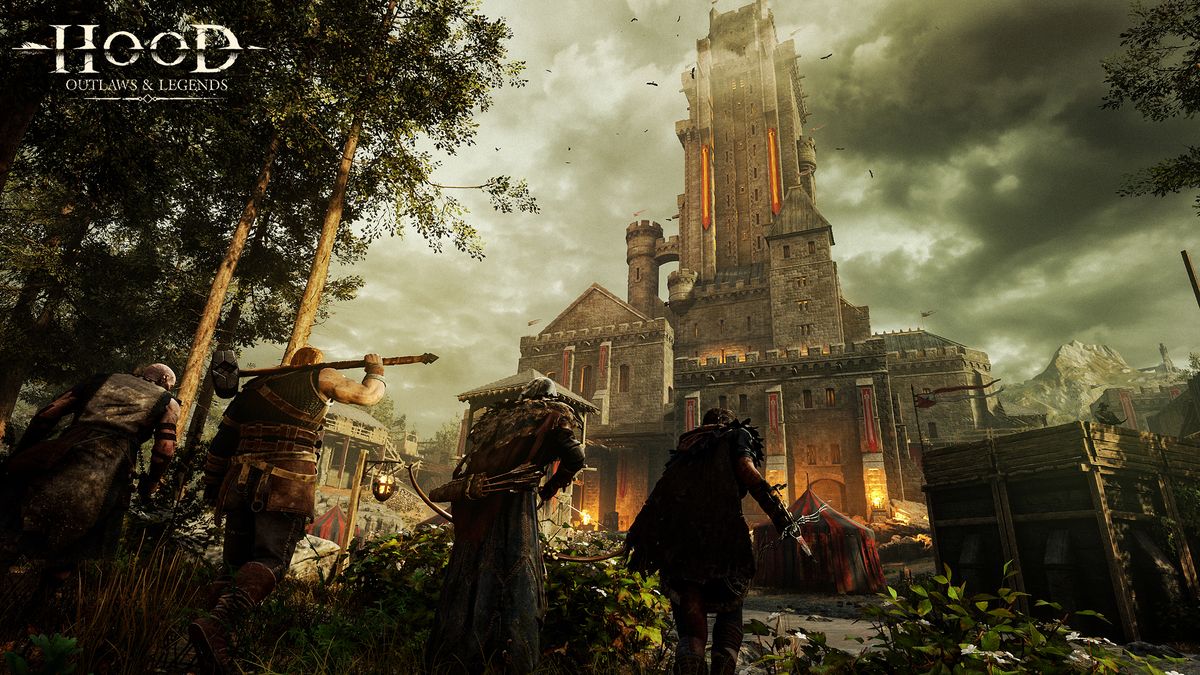 Over the past couple of days I’ve had the opportunity to spend a few hours with Hood: Outlaws & Legends during its pre-launch weekend. The title is a new multiplayer PvPvE heist game from Sumo Digital and Focus Home Interactive. I’ve been playing the game on Xbox Series X.

These days players are spoilt for choice when it comes to online multiplayer games. With a growing library of excellent free-to-play choices, new games really need to do something special to stand out from the crowd and attract a decent sized player base. A quick glance at the screenshots or trailers for Hood: Outlaws and Legends was enough to grab my interest. This is a gorgeous looking game that could easily be mistaken for a new Assassin’s Creed title. The art here is top notch and makes a positive impression.

The first time you fire the game up you’re presented with a highly polished tutorial that does a great job of explaining how to play the game. It takes you through a complete heist and lets you play as each of the different characters. It doesn’t outstay its welcome and should leave all players with a decent grasp of what to do when they play for real.

The aim of each Heist is to steal a chest of treasure from a castle. Two teams of four players compete to break into the castle, steal a vault key from the Sheriff, locate and open the vault, then escape with the treasure. To make things more difficult, the castles are also filled with AI-controlled enemies. A tactic that I found helpful was running away from the other team and leading them into the AI enemies.

Each team has access to the same characters and players can choose which character to play. Characters must be chosen before a game starts and it’s possible to take multiple of each. This means it’s perfectly valid to have a team comprised of a single character which really upsets the balance.

The games I joined seemed to work best when my team all used a different character. This gave us the best balance and a full choice of options. Something I didn’t realise at first is that your character choice is locked in for the full duration of a Heist. So if you’ve chosen poorly there’s no option to switch to a different character, even if you die. I’d hope the developers are considering making changes here.

When a game begins it’s possible for both teams to rush in and race to try to complete the objectives. This leads to you facing off with each other and can get pretty chaotic. Another tactic is to let the opposing team do the hard work and then steal their hard earned gains.

While the game looks like an Assassin’s Creed title I was initially frustrated by the movement. Here you can vault certain obstacles, climb the odd ladder or rope but there’s nothing like the freedom to jump across rooftops or scale every surface like you can in Assassin’s Creed.

A Heist works best when you’re playing with a team who are prepared to work together. Failing to co-operate tends to lead to chaos with everyone running into battle like headless chickens. A more organised team is easily going to have an advantage. Each character has their own special ability with can turn a battle in your favour if used wisely.

In between Heists you go back to your hideout. Here there’s some simple target practice and you can switch between your characters. As you level up you get to unlock more skills and cosmetics.

During the pre-launch weekend I found it hard to quickly get into a game and often found myself sat around for 20-30 minutes at a time. When I eventually got into a lobby, I then found myself sat waiting for the last player or two to join. Eventually players would get bored of waiting and drop out leaving others waiting for even longer.

The game does feature cross-play which should help the player base but I feel it’s going to need a steady stream of new content. The developers seem to understand this and already have a pretty packed roadmap for the first year with new cosmetics, maps, characters and game modes.

There’s a lot to like in Hood: Outlaws & Legends and it’s launched with a solid base on which to build. The game plays well but to be successful it’s going to have to find a way to attract players and keep them interested. I’m particularly keen to see the addition of new game modes.

I felt it unfair to score the game based solely on my experience from the pre-launch weekend. Instead I’ll be playing more now the game is fully launched and will be delivering my full verdict later this week.