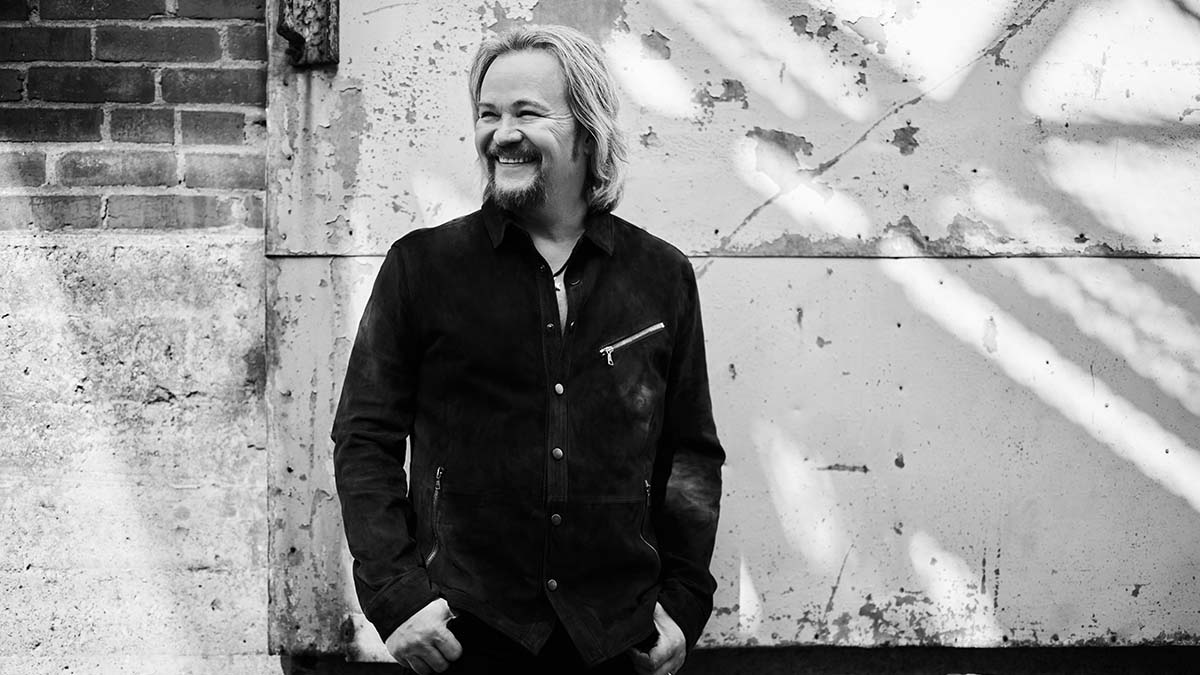 Travis Tritt is without a doubt one of the legends of Country music. Hitting his stride and his peak in the early 90s. Tritt catapulted to fame in 1990 with his album ‘Country Club’, which hit 2x Platinum in the US. A string of hit albums followed over the next decade but after the release of his 2002 album ‘Strong Enough’, his commercial appeal started to wane. His output has been much less regular since that record and his last album was 2007’s ‘The Storm’. Now 14 years on from the release of that, Tritt is finally back with new album ‘Set In Stone’, his first with Big Noise Label Group.

To say that Tritt is long overdue a comeback would be an understatement and while his commercial appeal may not be what it once was, his popularity is still very much intact. In the years of Tritt’s absence, Country music has undergone huge changes with the genre fighting between the more liberal, sonically all-encompassing modern stars and those who are trying to keep the traditional spirit of the genre alive. In 2021 it feels like Country is gradually moving back towards its roots and that can only be a good thing for Tritt’s new music.

‘Set In Stone’ is very much the Tritt you know and love. He hasn’t tried to fit into what’s working on Country radio right now, nor is he really trying to push outside of his comfort zone, but do you know what? That actually works in his favour and once you listen to this body of work, you’ll remember why then 90s were considered to be one of Country music’s golden eras. Opening with ‘Stand Your Ground’, it feels like no time has passed since we had new music from Tritt and the song is a reflection of how Tritt has paved his own path regardless of the resistance he’s come up against.

A theme that runs through the record is the good old days with plenty of reflections on how the world has changed, not necessarily for the better, in the past decade. That’s most evident on the standout song ‘Smoke in a Bar’, where Tritt laments a simpler time that wasn’t bogged down in scoring political points and didn’t seem to move as fast as it does now. Tritt’s core fanbase will be able to connect with the lyrics and may, like him, feel that the world has perhaps evolved too far in too short a space of time.

Other highlights on the record include the foot-stomping ‘They Don’t Make ‘Em Like That No More’, which continues the theme of how the world have evolved, the rock-influenced ‘Southern Man’ where Tritt lets his voice really shine, and the reflective ‘Ain’t Who I Was’ is a stirring meditation of accepting that you’ve changed for the better. ‘Ghost Town Nation’ feels like a rally cry as Tritt unleashes his voice over electric guitars and album closer ‘Way Down in Georgia’ is an uptempo end to an album that storms through from start to finish.

‘Set In Stone’ is going to appeal pretty squarely to Tritt’s existing fanbase and it’s unlikely to convert any younger fans, but I doubt that’s going to bother Tritt too much. After all this time away, it’s so good to hear a new body of work from Tritt and this album is a reminder of what good Country music sounds like. If you’re expecting a huge evolution you’ll be disappointed but if you just want to listen to some proper Country music, you’ll find plenty to love on this record.