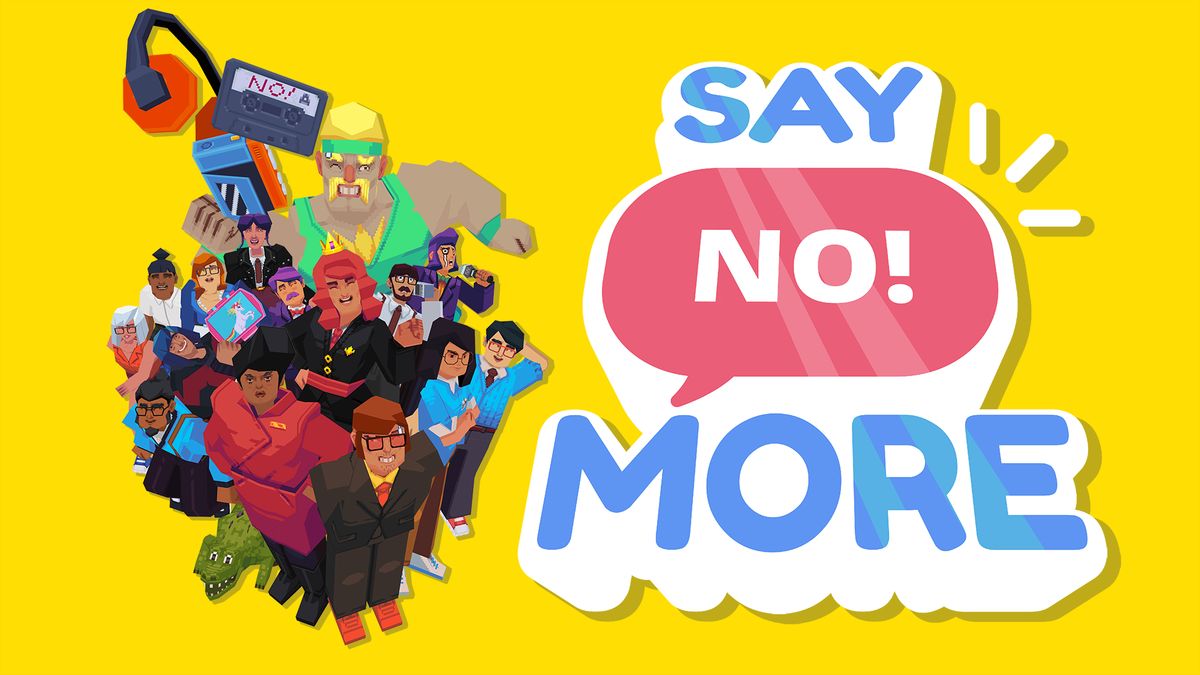 Say No! More is described as the world’s first NPG or No! Playing Game. Developed by Studio Fizbin and published by Thunderful, Say No! More puts you in the shoes of a new intern at a corporation where the culture is that you must say yes to every request regardless of how ridiculous or demeaning it may be. As the name of the game suggest you have the power to say no this is a rare power to have in this game world.

When you start, it’s your first day at work and your fellow interns and yourself are eager to please. After a brief introduction from a company bigwig, you are left in tatters as he steals your lunch box. Fortunately, you discover a motivational cassette tape with the goal of empowering you to say no to people. This cassette tape becomes the medium by which you learn new ways of using your new ‘No’ power.

The story continues as you attempt to track down your lunchbox and employ the power of saying no as your only defence in this corporate world. If you think this premise sounds crazy you’d be right. The story, graphical style and overall presentation of the game is very off the wall and is sure to make it stand out from the competition. I won’t reveal any more about the story as this is core to the experience. The craziness, however, is where the fun ended for me and the game quickly became boring.

The game is completely on rails so you have no choice but to follow where the game wants to take you. As you travel around your building various people will approach you with various office-related requests and to get past them you employ the power of saying no which is triggered via the spacebar. As you progress, you will come across different people who can resist your no but you gain different abilities such as laughing at them to lower their defences in order to blast past them with a more powerful no.

At first, I took the time to read the requests fully and even experimented with not saying no to see what would happen. There are no real consequences either way but some requests are from your fellow workers and these guys simply want your help rather than trying to get you to carry out a meaningless task. After the first hour though I stopped caring what I was being asked to do and simply spammed the appropriate variety of No in order to get through the game as I really, really wanted it to end.

This isn’t so much a game as it is a message of empowerment. The clear aim here is to educate the player that it’s ok to stand up for yourself, you can fight back against your oppressors and support your fellow man. This, without a doubt, is a strong and positive message but, in this instance, the message doesn’t translate into a good game.

Judging Say No! More as purely a game it’s terrible. The game is boring, repetitive and (mercifully) you can finish it in a few hours. As a device for delivering a message, it’s quite effective which is why I haven’t scored it a zero.

Say No! More was reviewed using a digital code provided by the publisher.