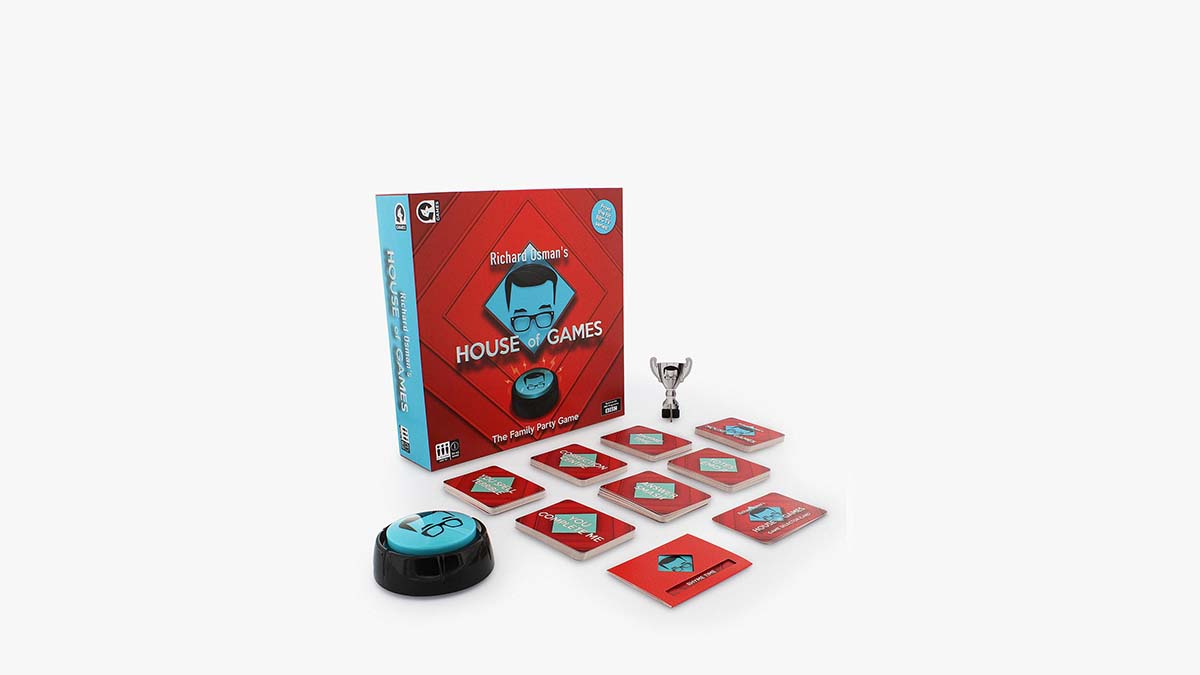 ‘Richard Osman’s House of Games’ has been entertaining TV viewers since it debuted in September 2017. Hosted by the ‘Pointless’ star, the show sees a group of four famous faces compete against each other in a series of quick-paced rounds that test their knowledge. From the straight-forward to the weird and wacky, the show is frequently hilarious and it’s fun as a viewer to play along as you try to guess the correct answers.

Ginger Fox has turned the show into a board game, that’s suitable for ages 12+ and for three or more players. Emulating the rounds from the show, this board game pits you against your friends and family (or other teams if there’s more than 6 playing) and it’s very, very simple to pick up. Inside the box is a detailed and clear instruction booklet that outlines all of the games – fans of the show will recognise rounds such as ‘Answer Smash’, ‘Rhyme Time’ and ‘Correction Centre’ – and you can start playing immediately.

Once you’ve assembled your players, you take it in turns to act as host as you move from game to game using the Game Selector. The best way to play the game is to refer to the rules once a game is picked, otherwise you’ll end up trying to take in so much information you won’t get very far. In total players must go through five rounds of games and the player with the most points is crowned the winner. There’s even a little trophy to mark your win!

The rounds are just like they are on TV. For example ‘You Spell Terrible’ requires players to get into pairs and use the buzzer (which is included in the box) to try and correctly spell the answer to a question that’s given by the host. My favourite round was the ‘Totes Emoji’ one where you use a smart device to draw emojis that depict the title of something. We had a lot of laughs when we reached that round.

‘Richard Osman’s House of Games’ is fun enough but my biggest concern is the repeat play value, which I think is quite low. There aren’t that many different cards for the various rounds so once you play the game a few times, you’ll know all the answers. Now I know you’re probably thinking, nonsense that’s not the case for ‘Trivial Pursuit’ etc but the different here is the rounds are so specific that they are much more memorable than standard general knowledge.

If you only play games occasionally, I’d say that ‘Richard Osman’s House of Games’ could be a good addition to your collection. If you play them regularly, I think you’ll wear out the fun factor of this game pretty quickly. Perhaps if there are expansion packs down the line, that may help but as it is in its original form, I’d say the game has a very short shelf life, which is a real shame.

In this article:Richard Osman's House of Games