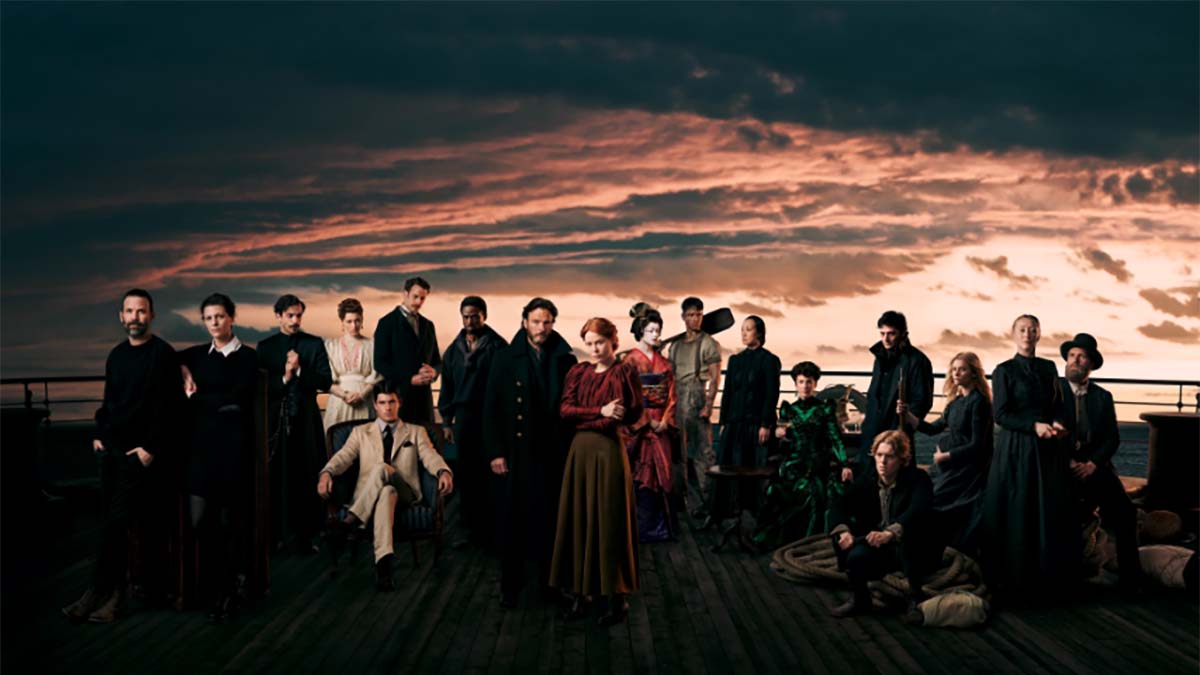 ‘1899’ is a truly multi-language series with the characters speaking in the language of their origin.

The eight episodes follow the mysterious circumstances around the voyage of an immigrant ship from Europe to New York. The passengers, all of different backgrounds and nationalities, are united by their hopes and dreams for a new century and their future abroad. When they discover a second ship adrift on the open sea that had gone missing for months, their journey takes an unexpected turn. What they find on board will turn their passage to the promised land into a nightmare-like riddle, connecting each of the passenger’s pasts through a web of secrets.

“’1899′ is a truly European series with characters from various countries speaking in the language of their origin. We feel very fortunate to have found amazing talent from all over the world to venture into this exciting journey with us.”

Filming will take place in a newly custom built virtual production stage. The largest LED “Volume” of its kind in Europe, it unlocks the ability to capture a significant amount of complex visual effects shots in-camera through virtual sets and locations created with game engine technology.

Owned by Dark Bay, a dedicated company set up by Dark Ways and Studio Babelsberg with Netflix backing, the cutting edge virtual production stage will be permanently situated at the long-standing Babelsberg Studios, outside Berlin and provides content creators with new and innovative ways of creative storytelling.

“Partnering with Netflix enabled us to bring our vision behind ‘1899’ to life. Thanks to their upfront support and commitment we were able to build the Volume, making ‘1899’ a pioneer title for Germany and the region. The infrastructure is a cutting-edge innovation for the German production landscape and could also bring enormous creative benefits for filmmakers and creatives worldwide.”

“We are extremely happy that we could support Jantje and Bo in finding a perfect solution for their creative vision for ‘1899’. The virtual production stage infrastructure will create new opportunities, and we’re fully committed to bringing these technological advances to the German entertainment industry.”

‘1899’ is produced by Dark Ways in cooperation with Netflix. Dark Ways receives funding support for ‘1899’ from the German Motion Picture Fund and Medienboard Berlin-Brandenburg. The investment for the Dark Bay virtual production studio received support from the Investment Bank of Brandenburg (ILB).

Advertisement. Scroll to continue reading.
In this article:1899, Dark, Netflix