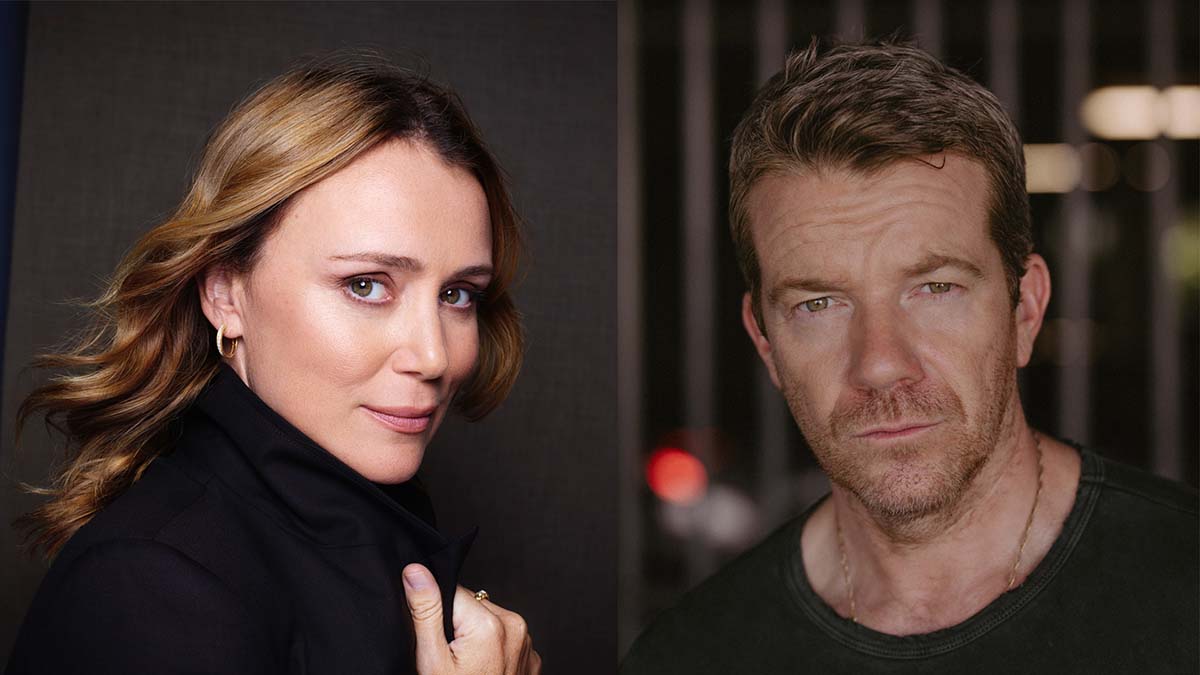 Midwich, a small English commuter town, is liberal and aspirational, populated by nuclear families and affluent high streets. A place where nothing much happens – and for a very good reason.

That is until the twilight hours of a summer’s day when a sleepy corner of Midwich is plunged into panic. People pass out on their feet without warning, without reason. Anyone who tries to enter meets the same fate. And nobody can understand why. When the mysterious blackout is lifted, life for those affected returns to apparent normality – except every woman of child-bearing age inside the zone has suddenly and inexplicably fallen pregnant.

As news spreads and tensions simmer, it is up to gifted psychotherapist Dr Susannah Zellaby (Hawes) to help support those affected through the emotional wilderness. Susannah’s own daughter, Cassie (Karlsen), has fallen pregnant and harbours deep concerns about who, or what, is behind this phenomenon.

Local officer DCI Paul Kirby (Beesley) is tasked with maintaining order but unbeknownst to them all, a terrifying force is building in the comfortable streets of Midwich. These children – potential parasites – flourish under the very love and care that their families give them. Who are these children? And what do they want?

Gabriel Silver, Director of Commissioning for Drama said, “From ‘A Discovery of Witches’ to ‘Patrick Melrose’, we’ve had huge success taking modern classics from page to screen and giving them a fresh, modern, edge that is distinctly Sky. When the opportunity arose to create a modern-day adaptation of the classic sci-fi novel that is The Midwich Cuckoos, we jumped at the chance.”

David Farr, writer and creator of ‘The Midwich Cuckoos’ said, “I first read ‘The Midwich Cuckoos’ when I was twelve. I was living in a small town in 1980s Britain. Everything about the book rang true to me and terrified me. An invasion of a small community by a hostile and ruthless force. Apparently innocent children as a force of huge malevolent power. It got under my skin.

“As I’ve grown older, the story has never ceased to exert a grip. The idea that we may birth our own destruction is so simple and frightening. That as a mother or a father, the being we love most in the world may turn on us. It’s the stuff of nightmares.”

‘The Midwich Cuckoos’ is set to begin production in London in May and has been adapted for the screen by Emmy award-nominated writer David Farr (‘The Night Manager’). The eight-part series is produced by Route 24 (backed by ITV Studios) and Snowed-In Productions, in association with Sky Studios.

The modern-day adaptation is set to air on Sky and streaming service NOW in 2022.

In this article:Keeley Hawes, Max Beesley, Sky, The Midwich Cuckoos