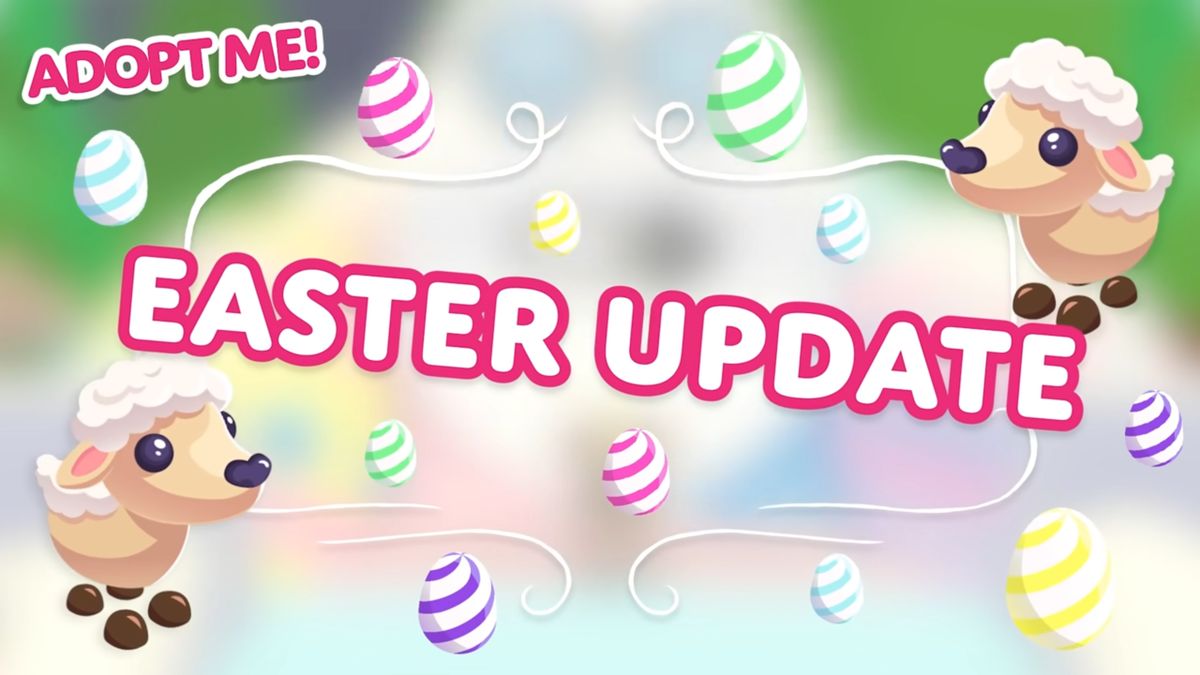 Yes, you’ve read that correctly. The team at Adopt Me have just announced the details of the new Easter update. Easter was almost a month ago but hey, who cares?! If it means we get new pets in the game I for one am happy.

The Easter update was actually delayed intentionally so that it didn’t clash with the release of the ocean egg which has been a huge success.

Watch the announcement video below:

The Easter update will include loads of new accessories for your pets, home and avatar plus there will be a limited-time premium pet in the form of the new pet lamb. The lamb’s price of the lamb hasn’t been confirmed, but I would expect to pay in the 500-800 Robux.

As you would expect, all of the new accessories are Easter themed and include egg-shaped sunglasses, a bunny ear crown, a baby chick backpack and a baby chick pet hat. To purchase the accessories you will need to take part in the Easter egg hunts that will be running in the game.