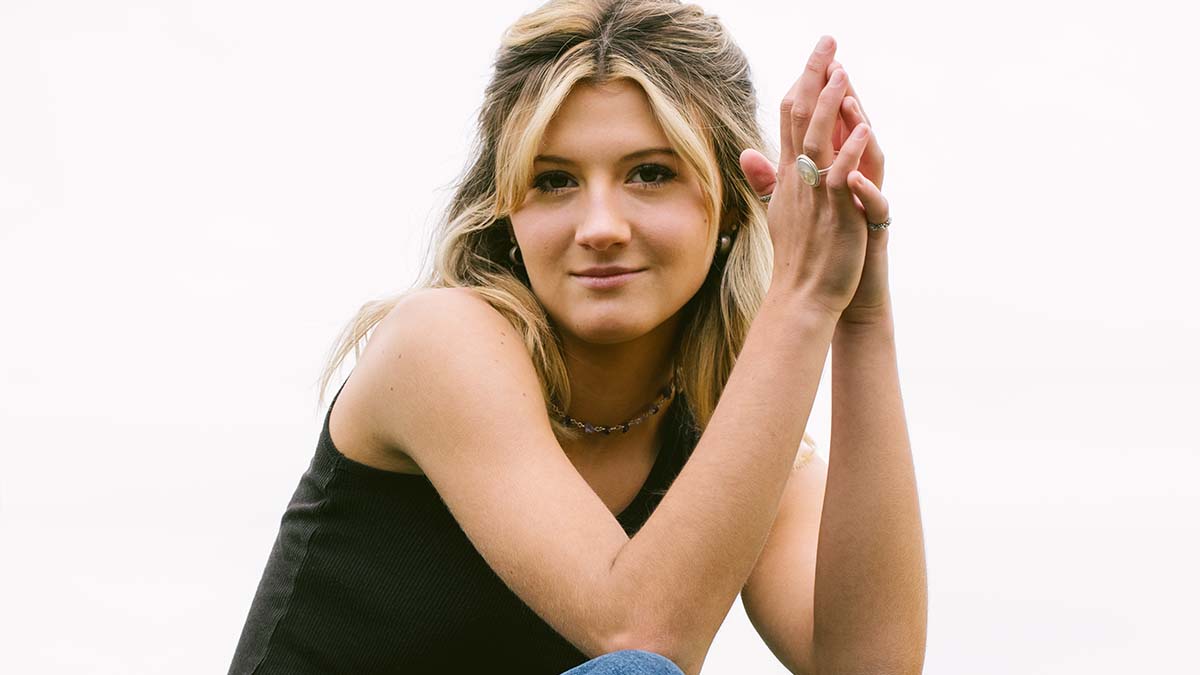 Georgia Webster was on the verge of giving up music when she decided to share her song ‘Tell Your Mom’ on TikTok.

Over night the song had thousands of views and it helped Webster progress to the next stage of her career. Hailing from Hampden, Massachusetts, Webster is now well on her way to the charts with the release of single ‘Push & Pull’ and her recent signing to Sony Music Nashville.

I caught up with Georgia to talk about her single, discuss her TikTok success and to find out what her plans are for new music…

Your latest single ‘Push & Pull’ was released recently. What’s the story behind the song?

‘Push & Pull’ was written my sophomore year of high school. I had just gotten out of my first real relationship, which was pretty rocky. After this relationship, I started dating this guy who really, really liked me. I wasn’t used to this kind of relationship, and I was frustrated with my feelings and just confused as to why I didn’t like this guy who seemed so perfect. So I sat down and wrote “Push & Pull.”

You came to prominence when your song ‘Tell Your Mom’ went viral on TikTok. What was that experience like for you?

I’ve been writing songs since 4th grade but I never really knew what to do with them. So I decided last summer that maybe posting on TikTok would be something cool, since a lot of artists seemed to be doing that. I posted ‘Tell Your Mom’ right at a time where I wanted to give up on music. I didn’t know if people would even like my songs, or where I would go with it. The next morning I woke up to hundreds of thousands of people that liked my song, and I was like, “wow I’m glad I didn’t give up on this.”

The studio version of ‘Tell Your Mom’ was produced by Paul DiGiovanni. What was he like to work with and what have you learned from him?

I was so nervous to record my first song, ‘Tell Your Mom.’ I had never heard any of my songs produced like a “real” song, but from the moment Paul and I started working together he just got it. Paul’s great, I’ve had to go back and forth to Nashville to record since I’m still finishing my senior year, so I’m wicked excited to move down this summer and collaborate with him with more time.

Are you working on putting out more singles this year or are you going to be releasing an EP or album?

I’m currently working on putting together an EP with some of my favorite originals on it. It’ll be out in a few months and I’m really excited for people to hear these songs, some of them have been sitting around since I was like 15.

For our readers that are meeting you for the first time, tell us a bit about how your career in music started and when you first knew you wanted to be a performer.

So my career in music started at a really young age I would say. I’ve known since I was around 10 that I wanted to be a songwriter. I used to write songs for school projects which soon turned into songs about crushes, friends, school, that kind of stuff. Freshman year of high school I went to a Berklee College of Music summer camp. It was for songwriting specifically and I think meeting so many amazing songwriters my age really pushed me to want to do it as a career even more.

Which artists would you say have had the biggest influence on you and why?

I listened to a really random mix of artists growing up. I would say the ones that had the biggest influence on my writing are artists like Julia Michaels, John Mayer, Taylor Swift…. I started getting into country music when I was around 13, and Sam Hunt really made me want to pursue country and explore the country world.

What advice do you have for those who would like to follow in your footsteps and use TikTok to launch their career?

My advice for anyone wanting to follow my footsteps with TikTok is just to be yourself!! I didn’t expect my songs to do well at all, I just post whatever I’m proud of and whatever makes me happy and sometimes it works and sometimes it doesn’t!! And don’t get too caught up in the likes and stuff.

What other plans do you have for the rest of 2021?

I’m planning on moving to Nashville in June from my home town in Massachusetts, which is scary but exciting. I’m planning for an EP to drop around the time I graduate, and hopefully a few singles in the following months that I’m really excited about. And to perform!! I’m wicked excited about performing when it’s allowed and getting to interact with people.

Georgia Webster’s single ‘Push & Pull’ is out now. Watch the video for the song below: