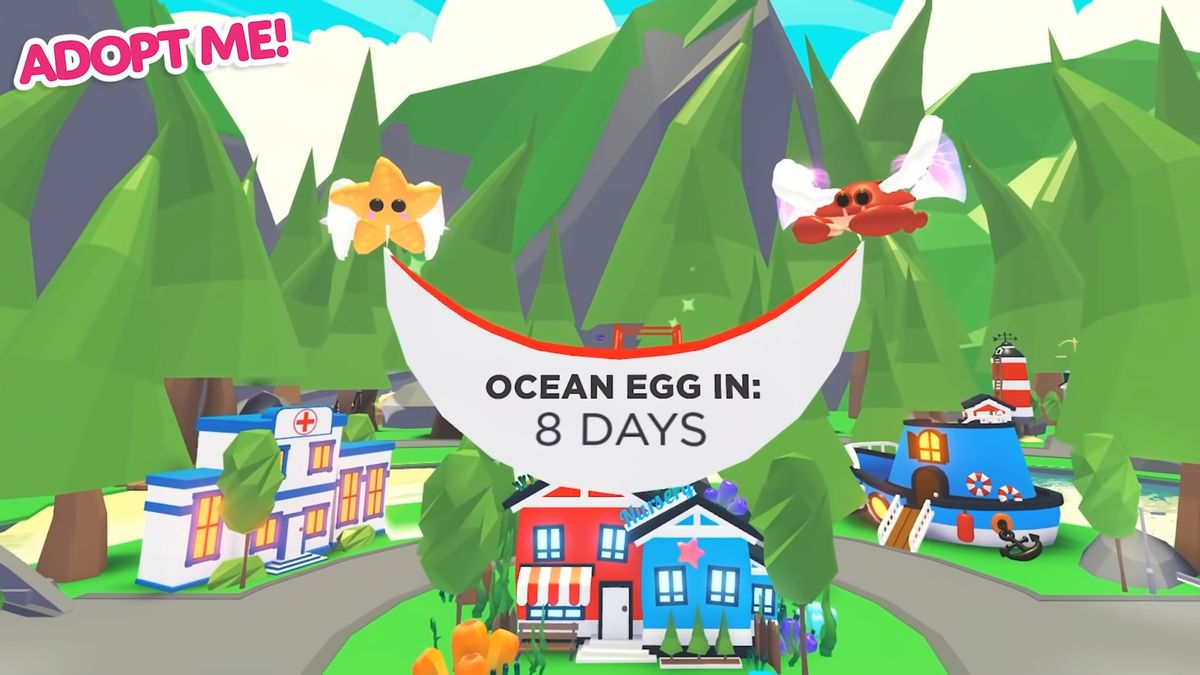 There has been lots of speculation over the previous months surrounding the new ocean egg that is coming soon in Adopt Me on Roblox. I thought I’d pull together all of the facts and also all of the other theories surrounding it. On Thursday, via the official Adopt Me YouTube Channel, we actually get to see all of the information for the first time.

Check out the ocean egg countdown video below:

Sadly, this is the only information that has been 100% confirmed but there have been lots of teases from the Adopt Me Team in the build-up so let’s explore some of these and find out if they are true when the next video launches on Thursday.

The biggest draw of a new egg is obviously the new range of pets we’ll be able to collect. There have been lots of hints via social media regarding what some of the new pets may be. It looks very likely that there will be a seahorse, a shark, a crab and a dolphin. There could also be a new starfish pet but they could also be using the existing starfish pet in the videos.

Other than pure speculation by so-called influencers these are all of the hints we’ve been officially been given and we’ll have to wait for more information from the Adopt Me Team themselves. To make sure you don’t miss out on any new information make sure you check out their YouTube channel.

We’d love to know what your thoughts are on what pets could be in the ocean egg, let us know on Twitter.