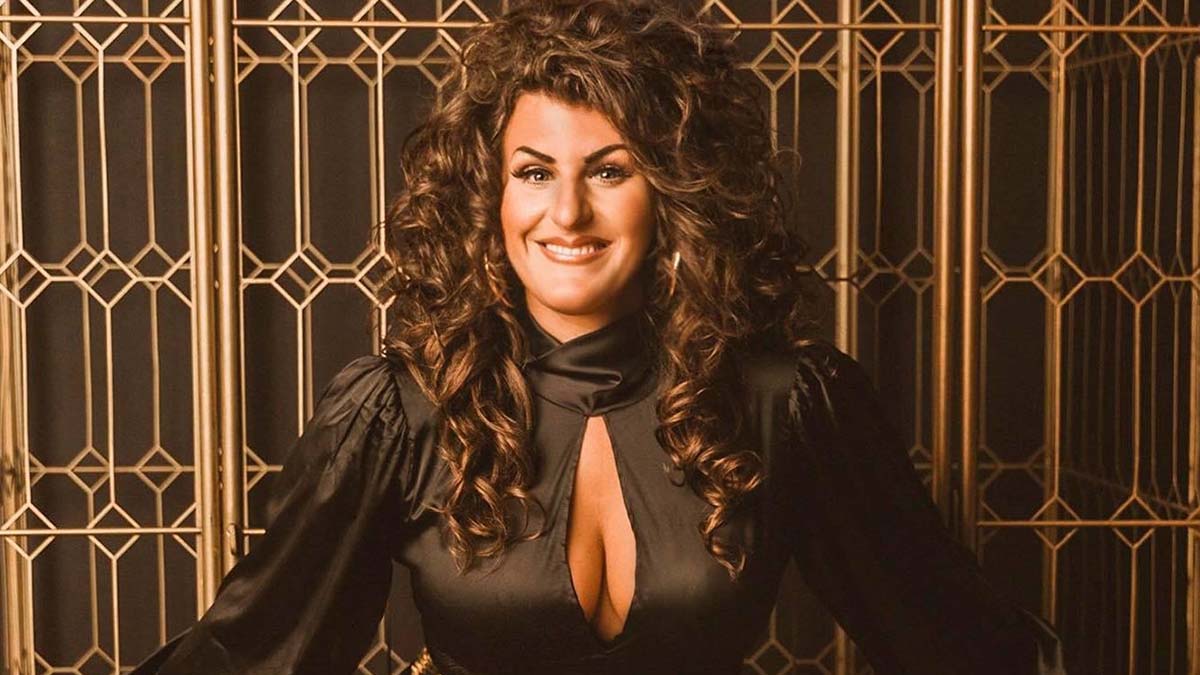 Georgia native Hannah Dasher moved to Nashville to pursue her dreams of becoming a singer-songwriter. Taking a job at Bass Pro Shops to make ends meet, which just so happened to be next to the Grand Ole Opry, Dasher was fired for writing songs on the job. A publishing deal followed soon after and now Dasher is signed as an artist to Sony Music Nashville. She’s also part of CMT’s Class of 2021, which is sure to help elevate her career to the next level.

You’d be forgiven for thinking that with the musical chops Dasher has, that she’d grown up in a musical house but that wasn’t the case. Dasher shares, “My family’s not musical though my father has a beautiful singing voice. He doesn’t like to do it in public, but he did teach me harmony. My parents exposed me to their rock and roll and their Country music so that obviously played a big part in the sponge that that we creators tend to be. We like to soak in all the good stuff.”

Despite not having a musical family though, Dasher always knew that pursuing music was what she wanted to do. “I’ve always known that I wanted to make music. This seed that was planted inside of me, or a hunger more or less, and I always had to feed it. Nothing else could compare to that. Nothing else was ever cool enough to draw my passion away, not even a man and I love them. (laughs).”

When you think of an artist moving from their hometown to Music City, you often think of it as a fairytale story where things just organically happen. That’s often not the case and for Dasher it was a scary move to make.

“(It was) scary as hell. I tried to put it off as long as I could because I was scared to death. I knew I’ve always wanted to do it but I didn’t know how I was going to do it. I didn’t know anybody up here. I didn’t have a lot of money to hold me over so I had to have a job that would that would allow me two days during the week to mingle in Music Row. I figured everybody else was touring on the weekend so I needed to be active during the week to figure out what co-writing was and how to get a publishing deal with a major publisher and eventually you get a record deal. It was intimidating but I knew that I’d be selling myself short if I didn’t and I’m so glad that I did.”

One of Dasher’s most notable co-writes to date is ‘Go To Bed Early’, which was recorded by Brad Paisley for his ‘Love and War’ album. Opening up about writing that song and Brad going on to cut it, Dasher comments:

“That is an idea that I had in my phone and had begun working on while I was still at Bass Pro Shops. Of course, I was fired for writing songs on the job. It was an idea that I kept tucked away for probably a year after that. I whittled away on it when I could but I had to write with Chris Dubois and Brent Anderson, and we wrote the version that I recorded. Chris and Brad are really close and Brad cut it and that meant so much to me because I’ve always respected his talent.”

Dasher’s current single ‘Left Right’ is picking up plenty of steam and acclaim, and you can’t help but notice the cartoon cover, a trend that started with previous single ‘Girls Call The Shots’. Explaining how it came about, Dasher reveals:

“My manager Brooke has an artist friend Brad, out of Atlanta, who drew my likeness. You can call me a joke but I’ve always loved big hair and sequins and big curves, and as soon as I could afford to buy more curves I sure did (laughs). It’s such a recognizable brand I guess you could say. In airports or wherever I’m going I’m taking pictures with people for ‘Stand Your Pan’ (Dasher’s online cooking series) because they recognize me.”

Like most artists, Dasher hasn’t been able to get out onto the road much the past year due to the pandemic but as the world is opening up she’s hopeful for what lies ahead.

“We had great news from my booking agency. They were saying that come Fall, things are really starting to open up and some artists are really starting to go full force again, which is awesome, especially with the vaccination coming on. I’m trying to amp up my private shows and I’m even trying to branch out a little bit into offering a cooking and a singing package like dinner and dinner music. I am booking some private gigs and I’m very excited to bring music to people. I missed it. Let’s get back out there and do it.”

Hannah Dasher’s new single ‘Left Right’ is available to stream and download now. You can watch the lyric video below:

Advertisement. Scroll to continue reading.
In this article:Featured, Hannah Dasher