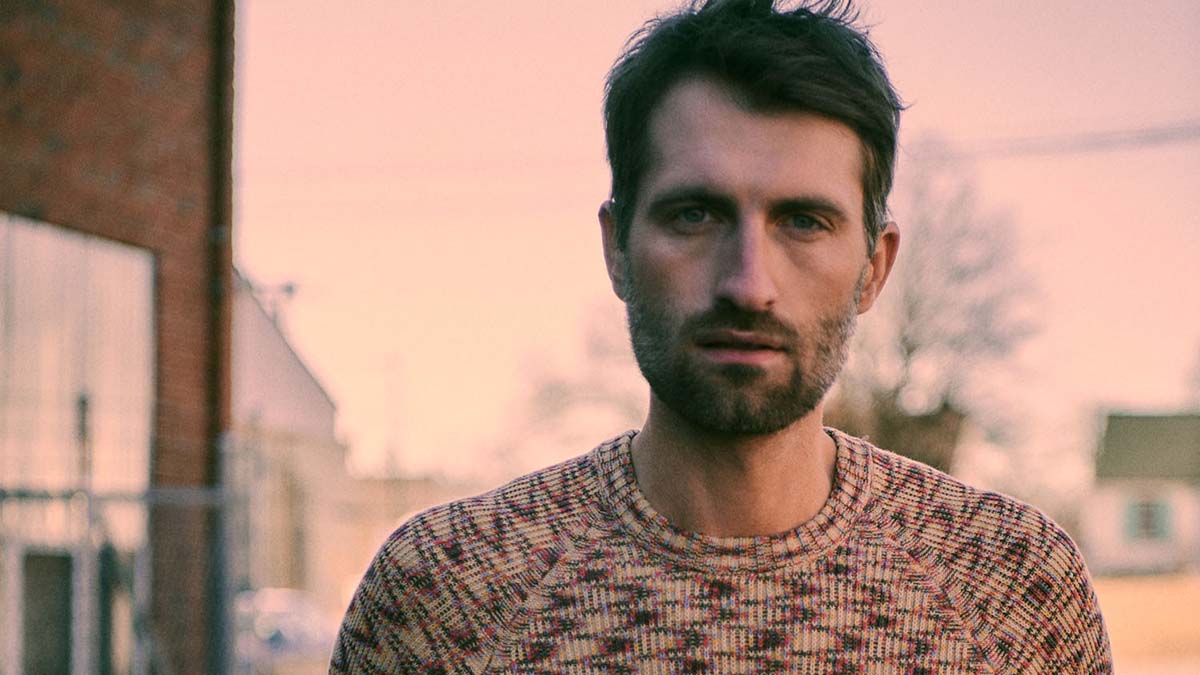 Country singer-songwriter Ryan Hurd has had plenty of success as a songwriter and his own career as an artist is gaining steam with the release of new single ‘Chasing After You’, a collaboration with his wife and fellow Country artist Maren Morris.

Hurd has been over to the UK twice to perform over the past few years, with his last visit as part of C2C in 2018. Last summer he released his EP ‘Every Other Memory’, which saw him releasing his own versions of the hits he’s written for other artists.

I caught up with Ryan recently to talk about the success of ‘Chasing After You’, discuss ‘Every Other Memory’ and to find out how he felt about performing in the UK…

The last time we saw each other was at C2C in 2018. Since then a lot has changed for you and the world is now in the midst of a pandemic. In the past 12 months you’ve become a father, which is a huge life change. How has that been for you?

We had our baby right at the beginning when the world shut down. I was out on the road and we had to cancel our tour. It’s been very strange. We’re used to going all over the place and traveling a ton and meeting each other on the road, but this year we’ve just been home. We’ve never seen this much of each other but it’s been awesome. Our son just turned one. It’s amazing that we’ve done this for a year but every little milestone in his life is the amount of time we’ve been dealing with a pandemic. It’s very cool to see this much of each other, very cool to be home for the first year of his life, but very, very odd in every other way.

That must really be a gift to be there for the full first year of your child’s life when normally you’d be busy out on the road and travelling?

That part is absolutely a blessing. You miss people (though), you miss your band and your fans. Other than that we’ve really enjoyed this time because I can’t imagine when the next time we’ll get something like that would be, together.

Everyone is so eager to get back to normal but in some ways, I think people will wish they took advantage of the time we’ve all had at home. We’re still in lockdown here in the UK. What’s it like for you in Nashville?

Nashville’s a little different. The more vaccine stuff rolls out, the more we are feeling like there’s a light at the end of the tunnel. It’s fine. I wrote a lot of songs this year and started playing golf. It was just a little different than what I expected but it’s been good. It’s nice to live a little bit of a quieter life for a little bit.

Your new single ‘Chasing After You’ is a duet with Maren and the song is performing well at radio. The two of you have worked together a lot over the years so why did you decide put this song out as your first official collaboration?

This is a song that we didn’t write and it’s been kicked around Nashville for about five years. Other artists held it and I never thought it would fall to me but everybody in this town has known how special that song is for a long time. Maren loved the song just as much as I did and when I finally got the opportunity to record it a few years ago, she jumped all over it because she loved it so much. It was always in our back pocket and we always knew that this was the song we would release someday together. It was just that the timing was never right until now. I’m really thankful for that. It’s just really cool to have something official with Maren out. We met each other writing songs and we’ve sung on each other’s records for years and always worked together in that capacity but this is different. When it’s this official, it feels different and you feel a little bit of pressure, I do at least to make sure it’s successful. It’s just been really natural and really fun to work with her and get closer musically. We have a really cool, fun creative partnership. It’s different than it was four years ago, but it’s definitely grown and become a lot more exciting and a lot more fun to work together.

Has it taken you by surprise just how quickly this song has blown up?

I think it’s more relief, for me. Having Maren’s name attached to it, I just feel a lot of pressure to make sure it doesn’t fail (laughs). I’ve never been on the billboards in Times Square or in Nashville, and all that stuff… it is validating 100%. Seeing all of our friends at radio get behind it, in a really hard year is really, really special.

You mentioned that you’ve been writing a lot the past 12 months, are you working towards a new project at the moment?

Man, I wish I had a better answer for you. Hopefully this is the year we get to do an album. I’ve been writing for other artists too, quite a bit. That’s what’s kept me occupied all year. Every time you release a single, you have some songs built around it that you hope come out in a package. We do have some stuff that we’ve recorded that I’m really proud of, that I’m excited for whenever it gets to be released. It’s always hard these days saying what form that’s gonna take, but I’m really loving the music I’m making right now. I’ve written a handful of tunes that I haven’t quite recorded, but my producer Aaron just built a new studio while he was stuck at home so I gotta get over there and be the guinea pig with that, and get some new stuff cut. For the most part, it’s just writing and then watching ‘Chasing After You’ climb the charts and hopefully that leads a whole lot more songs getting released.

Last summer, you released the ‘Every Other Memory’ EP. What’s that EP done for you and how did you feel about the way it was received during the pandemic?

I’ve always wanted to do that project, the original versions of those hit songs and some stripped back stuff. It’s sort of just like an albumof b-sides. I think a lot of people didn’t realize that I wrote some of those songs. It was just fun to put my versions out. It’s a project I’ve always wanted to do, and it’s helpful when touring comes back around. People will expect songs like ‘What If I Never Get Over You’ in my set, I don’t have to explain them, they’re my songs too now. The timing was cool for that project. I love the way sonically it turned out and now it’s some context for our live show.

‘What If I Never Get Over You’ turned out to be a big reset for Lady A. Did you have any idea it was going to do what it did for them?

I don’t think anybody ever expects a first single mid-tempo ballad to be a huge hit. I love the song and I thought it was a powerful song. I’m always surprised when that kind of song gets recorded by somebody because everybody’s always asking for fun stuff when you’re a songwriter. It was just such a moment to have that song go all the way to the top. Charles is such an amazing singer and he’s been a really good friend. That band’s gonna be in the Country Music Hall of Fame someday so having that little piece of history with them is really special.

I’m still discovering cover versions of that song on YouTube…

Really? I went through a little bit of a withdrawal on the outward facing stuff. I like interacting online but for whatever reason, in the last year, I hit a bit of a wall where I retreated a little bit and it was just probably for my own headspace. It’s cool to hear that there’s people that still love that song and play that song. It’s amazing what people respond to in that way. (My song) ‘Diamonds or Twine’, I get so many people saying that that’s a part of their wedding. I see a lot of ‘To A T’ covers. I’m starting to see some ‘Chasing After You’ covers and it’s really funny because that guitar part is not an easy guitar part to play. You got to have some touch. It’s fun to watch people do it and some people are pretty good. It’s always an honor when somebody takes a song your wrote and does a cover of it. It’s a just a cool thing. It’s akin to people singing the words back at a show.

You were really starting to build something here in the UK before the pandemic and the audiences here loved you. Are you planning to come back when you can?

That’s 100% in the plans. We’ve talked about how excited we are to get back over there. It’s such a fun tour when you get to do it and just visiting is fun. I think about that show we were talking about (earlier) in 2018 at C2C and it was one of those moments that you distinctly remember. I was just getting moving and I’d done one tour with Maren over there as the opener and that was a such a small run. Playing those shows at C2C and having a fan base, it just blew my mind. Those memories really make you remember why it’s special and they make excited to get back, and we are, we’re so pumped about (it). I already know the venues we’re gonna play, there’s not that many of them. It’ll be fun to go back and see those places and those people.

I saw you supporting Maren at Shepherd’s Bush, and in fact that’s the first time we met, and you went down a storm. It was a rowdy crowd…

That’s funny that you remember it being rowdy (laughs) because it’s the most polite fan base in the world. I remember (seeing) Brothers Osborne the last time we went with The Cadillac Three and that show was pretty rowdy. Everyone tours over there at the same time and I’m really excited about all that stuff. It’s such a great crowd. It’s people who really dig into lyrics, which is really cool. That’s not something that we take for granted for sure.

British audiences are known for being incredibly polite so any noise we make, that’s rowdy to us…

We’ll make sure that we have a rowdy meter next time. It’s 100% different. Over here it’s just a different energy. I love both things. It is fun to have people really dive into what you’ve prepared for them, from the lyrics to the way the show’s put together. That’s a really cool thing about playing shows over in your world.

Ryan Hurd and Maren Morris’ single ‘Chasing After You’ is available to stream and download now. Watch the music video for the track below: