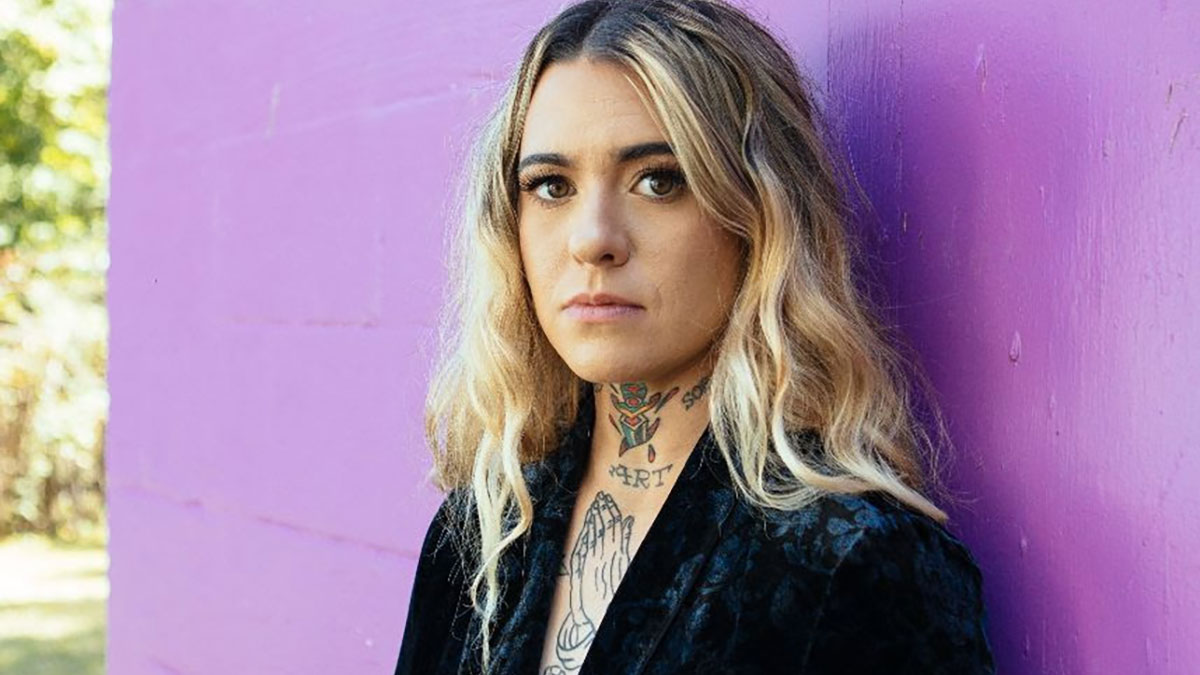 Although Floyd, Virginia native Morgan Wade has been writing music since she was young, she’s only been performing live for the last seven years. Now the 26-year-old is releasing her brand new album Reckless, for which she wrote all the songs, produced by Sadler Vaden (guitarist in Jason Isbell’s band The 400 Unity) and engineered by Paul Ebersold.

The LP opens with recent single ‘Wilder Days’, which looks at a relationship with someone who has a mysterious past. Wade’s distinctive raspy voice and skill as a storyteller shine through right from the off, particularly on the almost a capella bridge, as she offers snippets of backstory with a backdrop of rocky guitars. The soaring chorus is made for a singalong and there’s a refreshing mix of frankness and wistfulness in her lyrics, as well as a sense of being swept away by love. It’s the type of music you could see yourself driving along a highway to with the wind in your hair or belting out in a crowd of thousands (when we can do that again!).

That sent the template for the rest of the record, which maintains an alt-country sound throughout whilst sprinkling in a variety of musical influences. Wade grew up listening to bluegrass, rock and pop, and the range of decades and genres that feed into her style are on show throughout. ‘Matches and Metaphors’ has hints of 90s alt-rock about it alongside direct yet emotionally deep lyrics as Wade wrestles with how to write a love song without resorting to clichés – ending up with a clever, mellow yet plaintive track – whilst ‘Last Cigarette’ has a poppier vibe with electronic effects and finger snaps that contrast the song’s addiction metaphors and feeling of loss. Meanwhile, ‘Take Me Away’ combines sensuality with vulnerability, seeing Wade open up to her lover and with references to ‘angry bones’ and her heart being ‘like a loaded gun’, along with a bluesy 70s-influenced guitar riff.

One thing that stands out to me throughout the album is the quality of Wade’s songwriting. This comes through in spades across the record, but particularly on tracks like the nostalgic, anthemic ‘Other Side’ which looks at a relationship that survived against the odds. Wade’s vocals on this track have flashes of Ashley McBryde and there’s an oddly celebratory feel about the harmonica-tinged song, which has a great universal quality about it as well as including personal details such as a mention of Wade’s tattoos. Elsewhere, the bright, jangly melody of ‘Northern Air’ has a 1960s folk feel, balancing the yearning and regret in Wade’s lyrics and her almost spoken-word delivery that makes the song’s bridge pack a serious punch, along with incredibly specific lyrical references (the description of the narrator’s love interest drunk in a bar in ‘early September’ is a particular standout).

For me one of the record’s highlights comes towards the middle, in the form of single ‘Don’t Cry’. The song has a darker feel than many of the others on the record, with Wade talking openly about her issues with her mental health. “I’ll always be my own worst critic” she sings, her vocals taking on a weighty quality as she confronts her own shortcomings in the lyrics, yet urging the listener that it’s OK to give in and express your emotions in the moving chorus. It’s a song I’m sure will resonate with many listeners and Wade’s honesty gives it even more impact.

Elsewhere, Mend and the title track feel like a story in two parts, telling the tale of a relationship that built the narrator back up before falling apart. Mend is a stripped-back, bittersweet number with classic rock influences and sees Wade at her most raw, as she sings about being ‘not much of anything’ and ‘I don’t know what’s wrong with me’. There’s a real sense of the healing power of love and reaching out before the twist of the final verse kicks in – another testament to her songwriting talents – and her simple approach to the song only adds to its power. Reckless, on the other hand, features a pulsing beat alongside images of running away and a sense of abandonment, which Wade expresses first through a downbeat first verse before exploding into a huge rocky chorus and switching to anger in verse two, capturing the gamut of emotions and fallout following a serious breakup.

The album ends with the acoustic ‘Met You’, which is yet another standout track and in some ways reminds me of Jason Isbell’s ‘Cover Me Up’. Wade’s honesty and sadness really come through as she sings about how she’d ‘much rather die’ than think of her lover being gone, and reflects how much impact they’ve had on her life in a short time whilst mourning the romantic moments they didn’t get together. She shows off her range throughout the track, hitting some incredible high notes we haven’t heard elsewhere, along with clever wordplay (‘you were right and you left’), literary references and shimmering keyboards. It ends on an a capella lyrical switch which provides a stark conclusion to the record and stays with you even after those last notes die away.

Overall Morgan Wade has delivered an excellent album which shows off her range of musical influences, the extent of her vocal talents and her songwriting gifts, with a strong alt-country feel throughout, distinctive vocals and a rawness and honesty in her lyrics that’s sure to resonate with many listeners. It’s one of the strongest debut records I’ve heard and has potential to be one of my records of the year. Personally I can’t wait to see where she goes from here and hope she can come over to the UK as soon as possible to show audiences here just what she’s made of.

Advertisement. Scroll to continue reading.
In this article:Morgan Wade