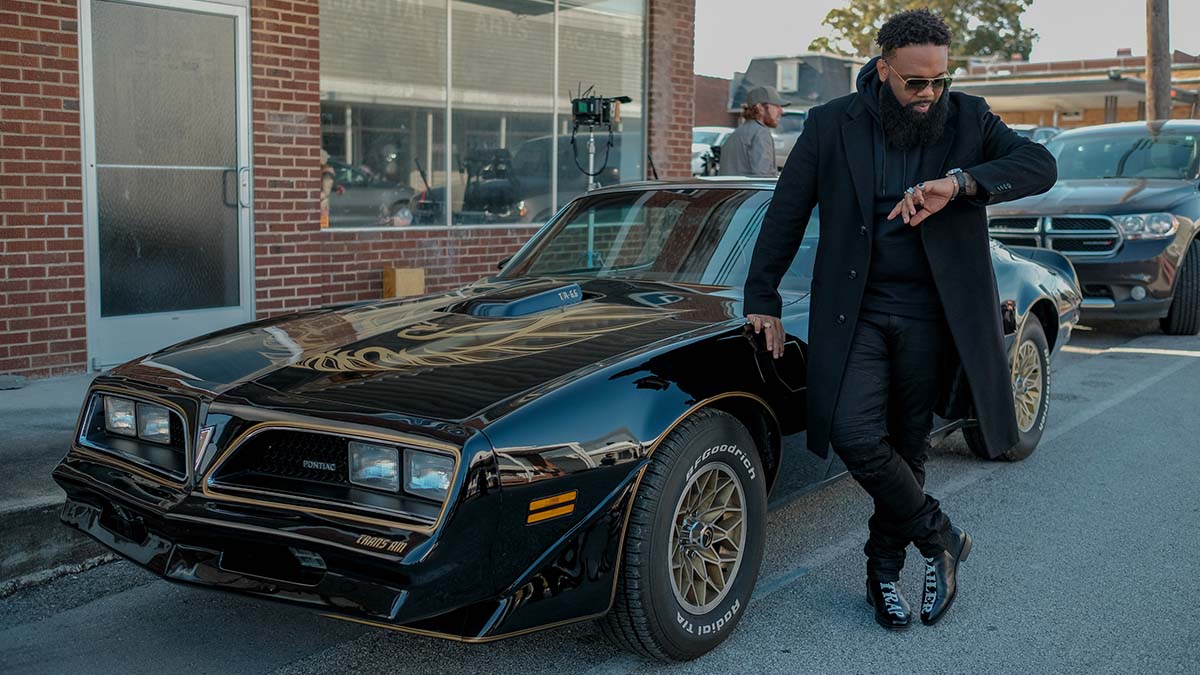 Blanco Brown has released the official music video for his song ‘CountryTime’.

Originally slated to be Brown’s debut single, ‘CountryTime’ is labelled as TrailerTrap. The song is featured in the first episode of Netflix’s hit series ‘Ginny & Georgia’.

The music video was filmed in 2018 and mirrors the story of the song. Written about being so down and on the precipice of making a mistake out of desperation but choosing positivity instead, the video depicts Blanco’s frustration with the bank (the blue and red), plotting a robbery before choosing a better path for himself, in this case, music.

The main character of ‘Ginny & Georgia’ (Georgia) experiences similar hardships throughout the show. Show creator Sarah Lampert shared that the song was an inspiration in writing the character of Georgia and frequently played ‘CountryTime’ while writing.

“I heard the song on a playlist randomly when I was working and it immediately became Georgia’s song when I was writing. Georgia has to balance so many different things, she’s beautiful, brilliant, devious, loving, dangerous and funny. The song felt like that for me. It was a blend of all different styles and was so unique in tone but fun and energetic,” said Sarah Lampert, creator of ‘Ginny & Georgia’. “That became the song for Georgia that I’d play in the writers room. It had the fun energy I wanted for the show with an edge of something else brewing under the surface and had surprises. Also, it had that country flavor. I love it and that’s why it was put in that montage of Georgia in the pilot when we are first getting to know her.”

“To have a fellow creator be inspired by your work is an unbelievable feeling and makes me want to work harder – thank you, Sarah for helping share my purpose with the world,” said Blanco Brown. “Like most things in life, our plans for this song and video didn’t go the way we originally thought but I always felt there was something special about this song and I’m incredibly grateful to be here to witness this moment.”

On Monday, ‘Just the Way,’ his current single with Stoney Creek Records’ platinum-selling band, Parmalee, reached the top spot on the Country radio charts in the US and Canada, marking his first radio No. 1.

Advertisement. Scroll to continue reading.
In this article:Blanco Brown