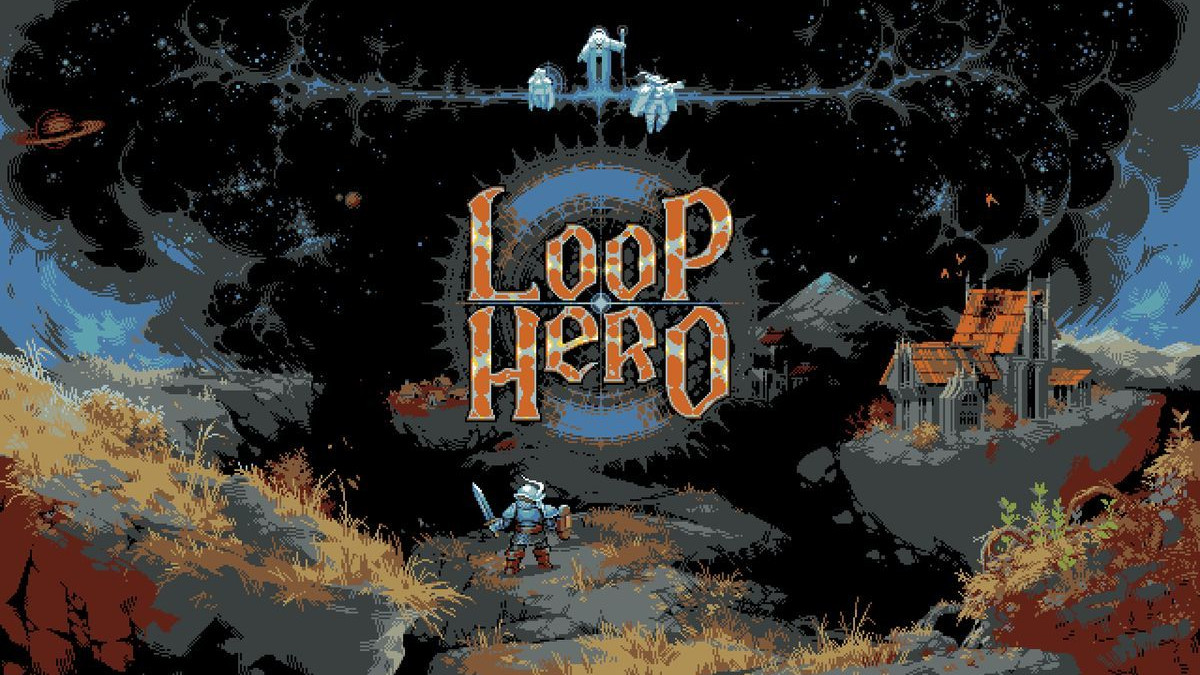 The world is ending, everyone has forgotten why and what went before. Even the bad guys don’t have a full grasp of what’s going on even as you kill them over and over. Gradually you manage to piece bits of information together but everything seems to remain just out of reach. This is the setting of Loop Hero, the new game from developers Four Quarters and publishers Devolver Digital, and is one of the best story settings I’ve come across in a long time.

Loop Hero is a Roguelite deck-building game and your task is to piece together memory fragments in an attempt to figure out what is happening to your doomed world. The game plays out on a procedurally generated loop which you get to customise as you journey around. As you make your way around the loop you will be fighting monsters that can drop loot, resources or cards from your deck.

This customisation comes in the form of cards that you receive from killing enemies. These cards will be randomly selected from the deck that you have chosen (more on this later) and can offer various benefits or changes to the loop. Some cards are purely beneficial whereas some offer a choice of risk versus reward. Cards can also be used in synergy with each other and the mastery of these synergies is the key to beating the game.

The village card is a great example of risk vs reward. Once the card is placed, every time you pass through the village you will receive a boost to your hp pool but you may also be issued with a quest to kill a monster later on in the loop. These quest targets are much harder to kill than the regular monsters but also give greater rewards when you defeat them. You can also augment the village card with meadow cards which increase the amount healed but also have a chance to spawn a monster on each loop. This is just one small example of how just using two cards can drastically alter the difficulty of your loop.

At the completion of each loop, you have the chance to retreat from the loop to your camp where you can construct various buildings with each giving its own unique buff to the player. You also get the chance to interact with other survivors as you attempt to piece together the story. Each building you unlock will also reward you with a new card for your deck giving you many more options when completing your loops.

The game is presented in a pixel art style which works well and the music is very fitting too. Quite often I find myself turning off the music in games but this hasn’t happened so far here. The story aspects of the game are presented in text and I found this more than sufficient to get the points across and this also fits well with the overall game presentation.

Check out some Loop Hero gameplay in our video below:

So far so good but there are a couple of drawbacks too. The game is very grindny and it can take an age to gather the resources you need to unlock new buildings. I found that this took up most of my time and it feels like the resources required are so high to increase the perceived playtime of the game. My second gripe is that once you find a combination of cards that works for you there is very little incentive to carry on experimenting. I’m sure this aspect can be improved upon as the game gets older and if Devlover decides to add more cards to the game.

Overall I’ve found Loop Hero to be a lot of fun and would recommend this title to anyone who is into deck building games or wants a Roguelike experience with a twist. Loop Hero is available now on Steam.

Loop Hero was reviewed using a digital code provided by the publisher.