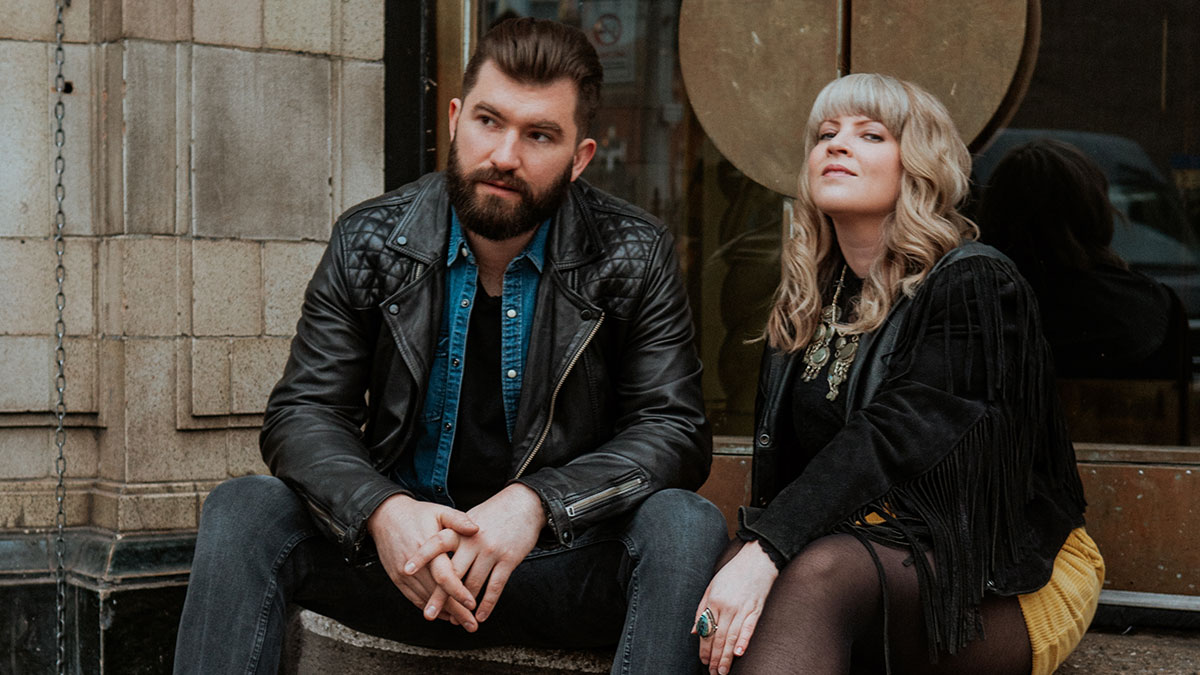 Two Ways Home is set to release the first of 3 re-worked fan favourites from their debut album ‘Break The Silence’ this Friday (19th March) with ‘Conquer The World’.

Pre-save ‘Conquer the World’ and ‘Re-explored’ at http://bit.ly/Pre-SaveCTW.

Disheartened by having to cancel all their tour plans in 2020, Two Ways Home’s Lewis Fowler and Isabella MaK have tried to make the most of the last year, learning new skills and honing their production and mixing abilities.

“It has been such a fun experience to re-work and play everything on these songs and really take our time to get creative at every step of the way.” comments Lewis.

The first song the pair chose to re-create is ‘Conquer The World’. Playing all the instruments and mixing the song from the ground up in their own studio, Lewis and Isabella knew it had the potential to sound more unique and modern.

The song was frequently requested on live streams throughout the last year, but Two Ways Home felt like the track needed a more anthemic feel that is in keeping with the message of the lyrics. The “re-explored” version is faster and punchier.

Isabella says: “’Conquer the World’ had the potential to sound even bigger so we wanted to expand on the arrangement and take it somewhere else. Listening to the re-explored version now makes me feel the uplifting quality the song has when we play it live.”

After winning “Best Duo/Group” at the British Country Music Spotlight awards Two Ways Home have started 2021 with a bang and are excited to present these three re-worked tunes followed by new music in the months to come.