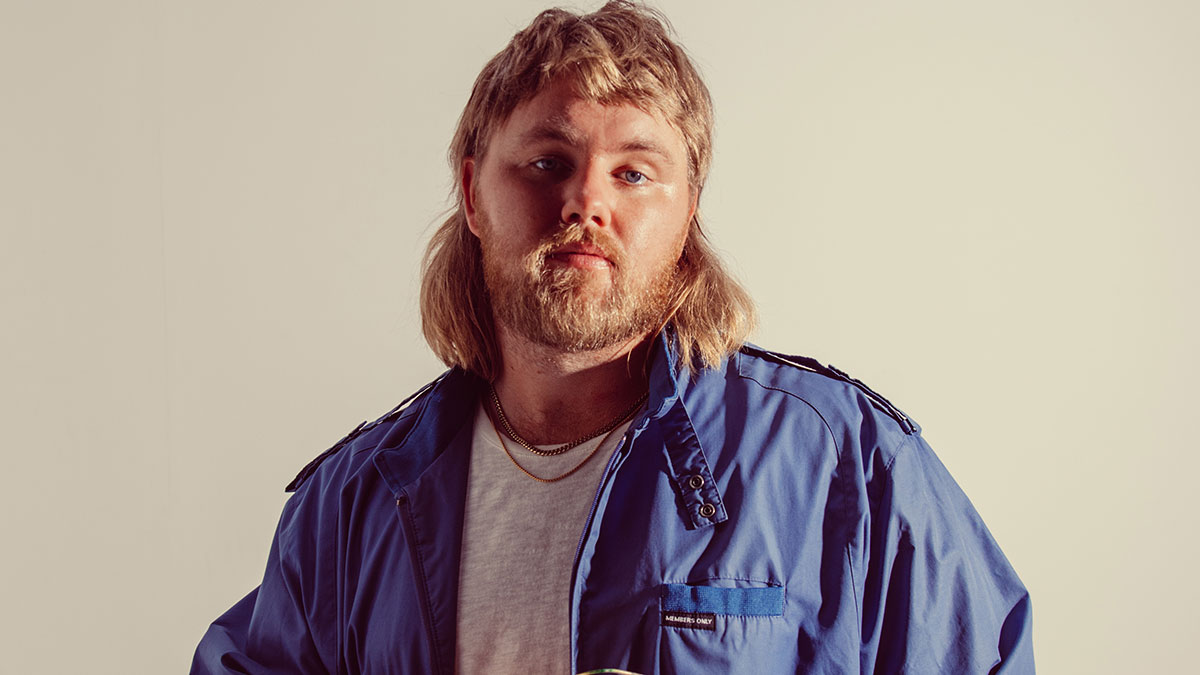 Ernest might not be a name that’s immediately familiar to you but trust me when I say you’ll be familiar with his work. A songwriter as well as an artist in his own right, Ernest has written songs for the likes of Sam Hunt, Granger Smith, Mitchell Tenpenny and former One Direction star Zayn. I hopped onto Zoom with Ernest recently to talk about his success so far, discuss the music he’s releasing and to find out about the artists that influenced him growing up.

Adopted when he was just three weeks old, Ernest grew up in Nashville and he spent his adolescent years listening to rap music, making beats and teaching himself to play the banjo. Recalling the artists that influenced him, Ernest is keen to highlight the wide-ranging melting pot that helped him become the artist he is today.

“The first CD that changed my life was the ‘Space Jam’ soundtrack. It had everything from R Kelly to Wu Tang to young Jay-Z and Salt N Pepa. I was in the third grade taking all this in, and right about the same time I got turned on to Earl Scruggs and Lester Flatt so I got a banjo that same Christmas,’ Ernest explains. “In fourth grade it was Eminem and I got hooked on to John Mayer and Jack Johnson. Country Music was always around me, like Alan Jackson and George Strait. I’ve always listened to Etta James and Aretha Franklin, the gospel album ‘Amazing Grace’. I love soul music and songwriting from soul. Eminem I think wrote from his soul too, it’s just all different.”

Despite trying his hand at rap when he was growing up, Ernest believes he’s landed where he was supposed to with his music – in the Country genre. “Who I am now as an artist is the most myself I’ve ever gotten to be. I naturally land in a Country space when I sing and play guitar. I use my rap skill on a daily basis whether I’m writing a Country song or a rock song, it don’t matter. The skills I got from practicing rap and just consuming it so much, I’m able to use in my Country writing skills.”

A prolific writer, Ernest achieved three number ones in 2020 with Florida Georgia Line’s ‘I Love My Country’, Morgan Wallen’s ‘More Than My Hometown’ and Chris Lane’s ‘Big, Big Plans’. How does he decide which songs to keep and which ones to give away?

“That varies, because some days if I’m writing with another artist, it’s pretty set and clear that we’re writing for that person. Other days, if I just show up with a track guy and another writer, we just try to write the best song possible and if by the end of the day, it lands in some territory I would do, I’d cut and keep it. Sometimes we know who’s looking. We wrote one the other day that was pretty much just right down the middle all-day Jason Aldean.”

With the pandemic having hit everyone hard, particularly artists, Ernest found solace in achieving three number one singles. Looking back to those achievements he shares:

“It was a dream come true for sure. Growing up in Nashville, that’s the milestone. Even having a cut was a dream. My first cut was a dream come true so to have a number one and then have three, and then they all be on the back half of the craziest year of my life… God is good. I can’t explain it. It was fun being able to call my mom and tell her I got it, that’s for sure. I was like, ‘hey Mom, it’s not just a phase!’ (laughs)”

Like many artists, Ernest found himself on a rollercoaster during the pandemic, especially in terms of his ability to be creative and write new material.

“The first month or six weeks, I just retired and (my wife) Delaney and I started to garden and I was like, ‘well, this is life now’. I didn’t even try being inspired to write music. I just bought a bunch of Carhartt and started getting dirty in the yard,” he admits. “It was probably around June, I started writing again and tried doing a couple of Zooms. This is fine for interviews but writing over Zoom is just tough to catch a vibe with music. People would start coming by the house. It was weird because I’m usually writing in this room I’m in right now at Big Loud, then all of a sudden I’m writing from home. That was different because I’m used to the experience of leaving the house to go write. I started writing songs about looking at my backyard and seeing my garden. I wrote a song called ‘Simple Life’ and talked about my three dogs in the yard and the garden and all this stuff. I definitely was re-inspired about stuff I would have never written about otherwise. Now I got a baby on the way because of pandemic so I got a whole other topic of conversation to sing about.”

The pandemic did have its positives though. As well as impending fatherhood, the last year forced Ernest to think outside the box even more, as evidenced by the music video for his single ‘Sugar’, which saw him rendered in ‘Grand Theft Auto’ style animation. Talking about that creative choice, Ernest comments:

“We weren’t able to do a full production video. We had a treatment ready to go and we were gonna go to Miami and pretty much shoot that video. Then the world shut down so we had to pivot. We thought why not do it like a video game like ‘The Sims’ and ‘Grand Theft Auto’. Justin Clough pulled a team together. I love that video. I sit back and watch it as a fan. It’s sick.”

Ernest is now focusing on his current single ‘Cheers’, which was released in 2020 and has been turning plenty of heads. Offering something positive and upbeat when many of us were struggling to get through each week

“The music started happening and it just felt really good. Sometimes we just follow that thread of, ‘hey, this feels nostalgic. This feels like a good time…. feels like bonfire’. That song to me has always been Autumn in my mind. It’s a fall song. That’s how I interpret it, I know it’s different for everybody. That song smells like fall to me and all that. We just tried to drive home that nostalgic, feel good, here’s to beer, cheers. Who can’t agree with that?”

Ernest’s single ‘Cheers’ is available to download and stream now. Watch the music video for it below:

Advertisement. Scroll to continue reading.
In this article:Ernest, Featured