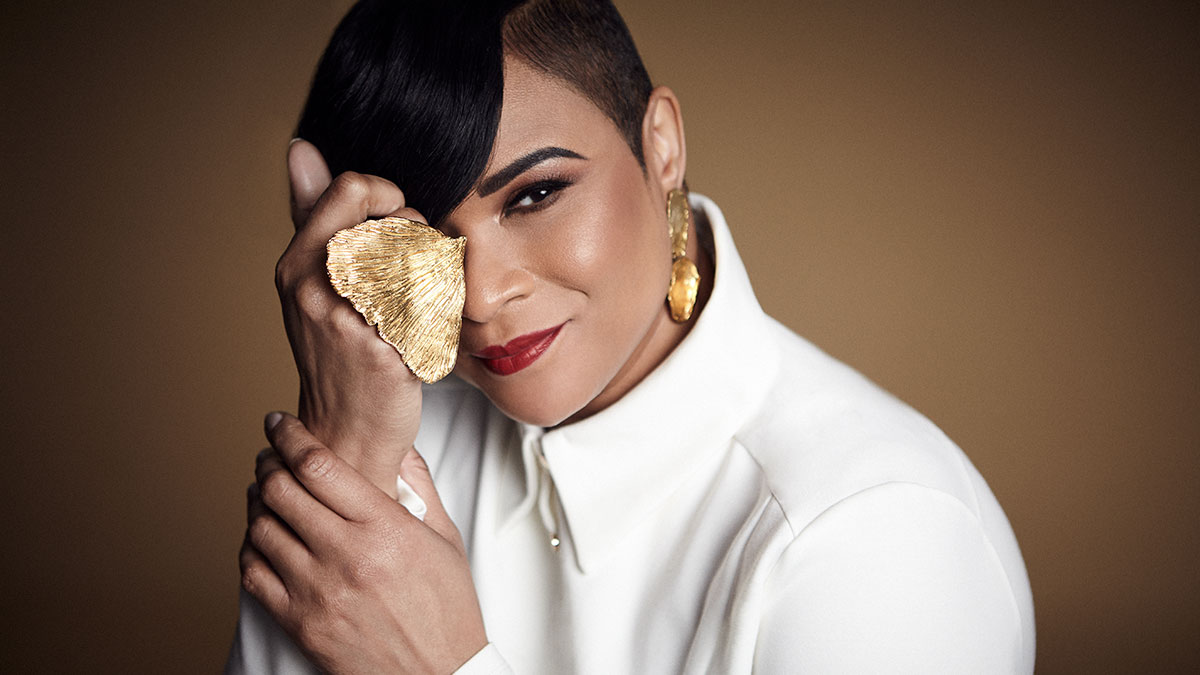 In 2018, Gabrielle made her welcome return to music with her Top 10 album ‘Under My Skin’, her first since the release of ‘Always’ in 2007. Reaffirming that she’s one of the greatest voices that the UK has ever produced, ‘Under My Skin’ was well-received by critics and fans. Thankfully we haven’t had to wait another 11 years for a follow-up as Gabrielle releases her seventh studio album ‘Do It Again’ this week. The album follows a successful stint on the second series of ITV’s ‘The Masked Singer UK’, where Gabrielle was revealed to be the singer under the costume of Harlequin.

‘Do It Again’ is primarily an album of covers, featuring songs that Gabrielle performed on ‘The Masked Singer’ as well as a handful of other songs that the singer wanted to put her own stamp on. There are two originals among the track list too, including the uptempo happy heartbreak anthem ‘Stop Right Now’, which serves as the lead single, and the more soulful ‘Can’t Hurry Love’. The inclusion of those two tracks is a nice treat for fans who have been eager to hear more new music since the release of ‘Under My Skin’ and they sit seamlessly alongside the covers. Of the two, I lean more towards ‘Can’t Hurry Love’ as we really get to hear the depth of Gabrielle’s silky-smooth voice against the backdrop of an atmospheric beat.

The draw here though, outside of Gabrielle’s die-hard fans, will be those who watched her on ‘The Masked Singer’ and want to hear her renditions again. During her time on the show, she tackled songs that you’d never have expected her too and the results are impressive. The highlight is Gabrielle’s version of Harry Styles’ ‘Falling’, a song I’ve never particularly taken notice of until I heard her singing it. Her voice has a vulnerable fragility that works so well with the instrumentation and the lyrics. Once she hits the chorus, it’s a case of goosebumps from head to toe, and she sounds fantastic singing this track.

Another unexpected highlight is Gabrielle’s take on Billie Eilish’s ‘Everything I Wanted’. A much stronger vocalist than Eilish, Gabrielle puts some serious weight and power behind her vocal delivery. The song sounds very different to the original, and it could easily be a hit single for Gabrielle should she choose to give it a chance along the duration of this album campaign. Other songs included here from ‘The Masked Singer’ include a soulful rendition of Rihanna’s ‘Diamonds’, a sensitive version of Charlie Chaplin’s signature song ‘Smile’, and a wonderful homage to the incredible Tracy Chapman on the iconic ‘Fast Car’.

Away from ‘The Masked Singer’, Gabrielle has been brave with her song choices. The album opens with Roberta Flack’s ‘Killing Me Softly With His Song’, which sits a little closer to The Fugees version than the original. Changing it to fit her range, Gabrielle sounds wonderful as her soothing tone drives the melody. Womack & Womack’s ‘Teardrops’ was made for Gabrielle, and I’m amazed she’s never recorded it before. The song’s style suits her down to the ground and I can’t wait to hear her sing it live.

Elsewhere Gabrielle puts a soulful twist on ‘Proud Mary’ by Creedence Clearwater Revival, provides the perfect wind-down soundtrack with her stunning version of Sam Cooke’s ‘Bring It On Home To Me’, and switches up The Jackson 5’s ‘I’ll Be There’, transforming it into an acoustic ballad.

‘Do It Again’ is proof that Gabrielle is one of the greatest voices we’ve got in UK music. Her tone is so distinctive that she really can sing anything she wants. Covers albums can go one of two ways, and thankfully by making these songs her own Gabrielle succeeds. Having a couple of new originals is a smart move and ‘The Masked Singer’ will likely introduce a whole new generation to Gabrielle’s talents.

In this article:Gabrielle, The Masked Singer UK