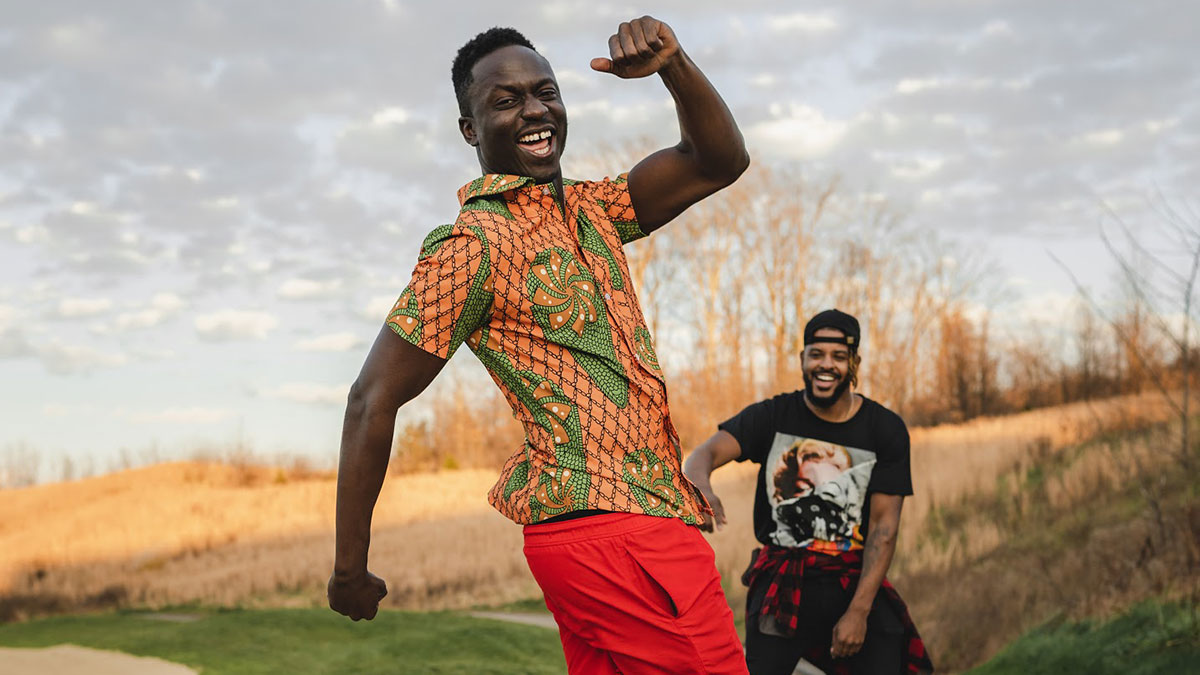 DJ Riton and Nightcrawlers have released a new video for their hit single ‘Friday’ featuring Internet stars Mufasa and Hypeman.

The track has had more than 30 million global streams and it’s climbed to its highest position yet on the Official Charts, reaching number 7.

Pool parties, yachts and dancing in the sun will have people dreaming of a life before lockdown, continuing to spread some much-needed positivity around the world. Donning the same bright patterns and iconic dance moves as his original viral video which became an instant hit and found unlikely fans in Katy Perry, Kanye West and Gordon Ramsey, Mufasa brings his explosive energy to our weekends. The feel-good summer visual is directed by acclaimed director Remi Laudat who has previously worked with Stefflon Don, Nothing But Thieves and Joy Crooke.

To celebrate the release of the music video, Mufasa says: “I enjoyed the whole experience of shooting the Friday music video. An unforgettable experience.”.

Mufasa and Hypeman shot to global fame following the release of their iconic viral adaptation of MK’s legendary remix for Nightcrawlers’ club classic ‘Push The Feeling On’. The video spread joy to millions of people around the world during lockdown paving the way for a challenge which would see tens of thousands of people get involved.

Rounding off the lockdown collaborators on this ultimate weekend ready anthem is Dopamine; the brainchild of a set of visionary music producers who have produced multi-platinum smashes across the globe under various other aliases.

In this article:Hypeman, Mufasa, Nightcrawlers, Riton