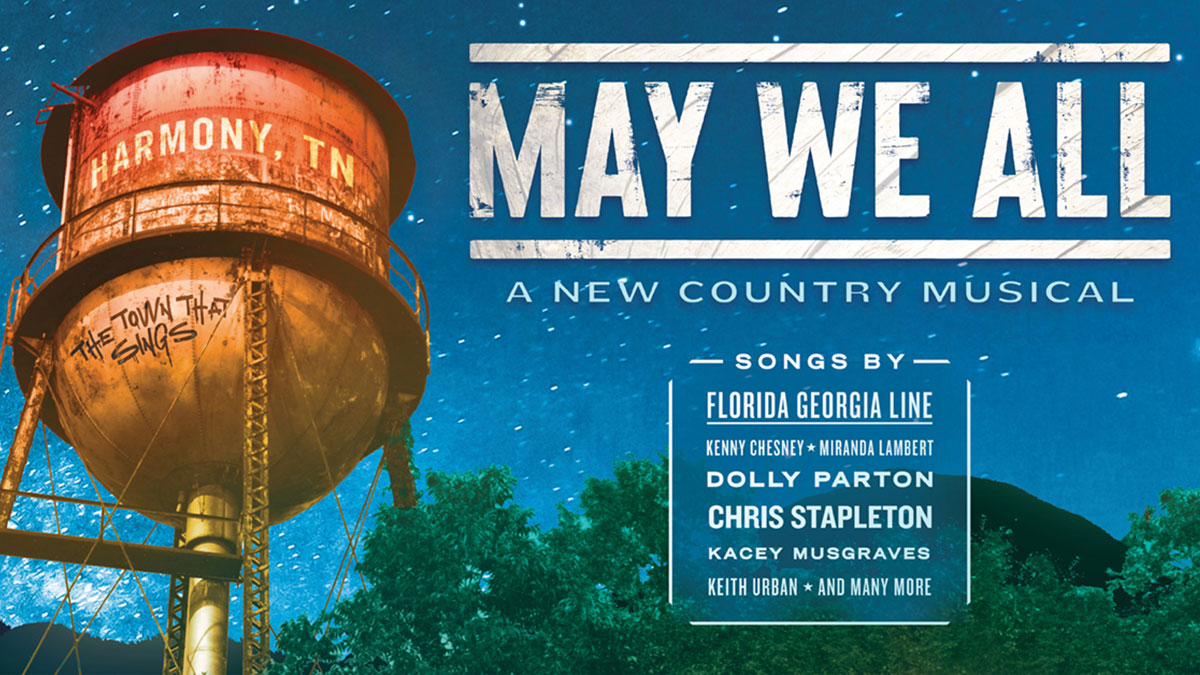 ‘May We All’, the highly-anticipated new Country musical from Lively McCabe Entertainment (Executive Producer Michael Barra) and CuzBro Productions – the production company founded by Brian Kelley of the multi-platinum, award-winning duo Florida Georgia Line – will world premiere in June 2022 as a special part of Tennessee Performing Arts Center’s Broadway at TPAC series in Nashville, TN.

‘May We All’ is a story of disappearing small-town America as seen through the hopeful eyes of its youth. Jenna Coates, a fledgling Country singer, reluctantly comes home after a rough start in Nashville, ultimately to discover that her roots may take her a lot further than her dreams.

“TPAC is looking forward to welcoming everyone back to the theater again, and we can’t wait to share all the new and uplifting arts experiences we have in store for you next year,” says Jennifer Turner, TPAC President and CEO. “We’re delighted to host the world premiere engagement of ‘May We All’ in the summer of 2022. It’s the perfect opportunity for fans of musical theater and fans of Country music to unite here in Music City for this special presentation before the launch of a national tour.”

Adding to the excitement, the Nashville debut will also jumpstart a 2022/23 national tour, which is being booked by Mollie Mann and Temah Higgins of Bond Theatrical.

“We’re so excited for ‘May We All’ to be in residence in Nashville next summer,” says Lively McCabe Entertainment Executive Producer Michael Barra. “Music City followed by a coast-to-coast tour has been our goal for this show since day one, and the overwhelming response from Country music fans has granted us the opportunity to achieve this milestone. We’re so grateful to Jennifer Turner and her first-rate team at TPAC for their support and partnership on this production.”

Lively McCabe Entertainment and CuzBro Productions developed the stage musical in partnership with music giant BMG. Following production delays in 2020 due to the pandemic, the previously announced developmental production of ‘May We All’ at Playhouse on the Square in Memphis, TN is now planning to proceed in Fall 2021.

‘May We All’ features a book by Troy Britton Johnson, Todd Johnson, and Eric Pfeffinger, with arrangements and orchestrations by Brian Usifer, and is directed by Shelley Butler.

Information on production cast, engagement dates, and ticketing information will be announced soon.