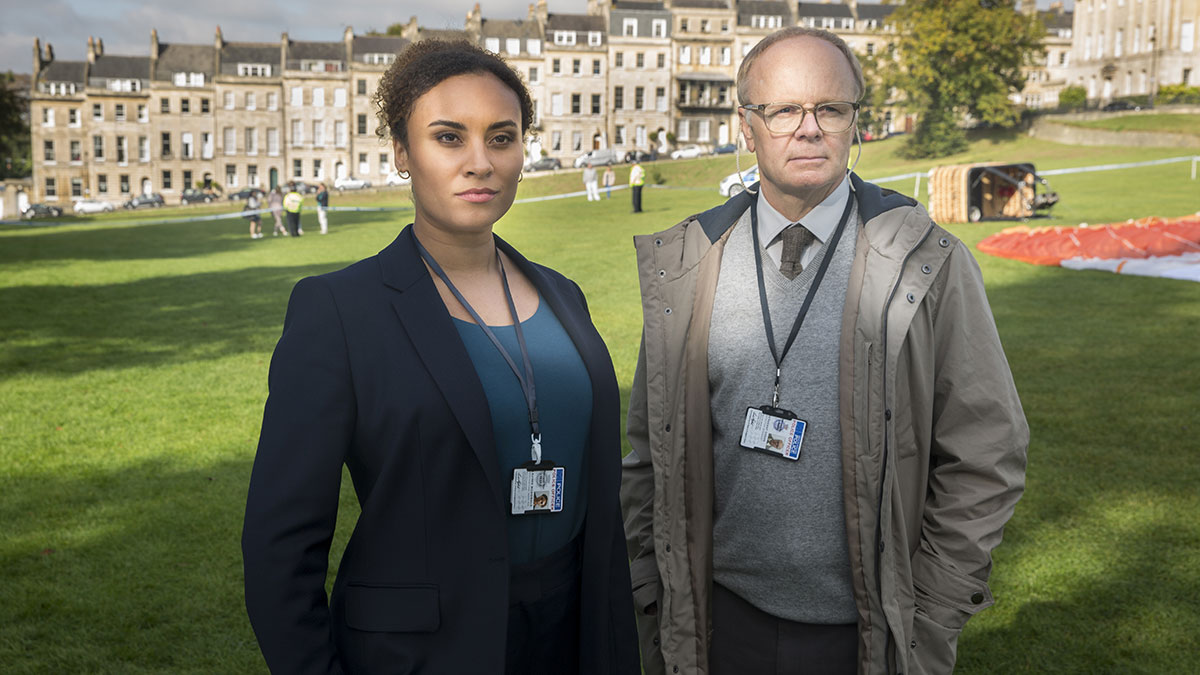 Set in picturesque Bath, the series pairs feisty DCI McDonald, who has recently transferred from London’s Met Police, with the unassuming DS Dodds, who has been happily in the background for most of his working life. To McDonald’s surprise they form an unexpectedly effective crime solving partnership.

Tala Gouveia (‘Cold Feet’) and Jason Watkins (‘The Lost Honour Of Christopher Jefferies’) reprise their roles as the smart and ambitious DCI McDonald and the humble and quietly brilliant DS Dodds in three new murder mysteries.

The first film is ‘The Man Who Wasn’t There’ and the synopsis for it is:

Barbara, Mick, Gordon and Jackie were rising stars in the 1980s who went on to have high profile careers. Now living in Bath together, there are secrets from the past which could threaten their comfortable existences.

On a surprise day out, the four friends are joined by their other housemate Frankie on a surprise hot air balloon trip. As they ascend above beautiful Bath, disaster strikes and suddenly the balloon lurches out of control. Panic rises and as the basket strains under the weight of the group, it dawns on them that they can’t all survive.

As the balloon crash lands onto the meadow in Bath’s Royal Crescent, it’s revealed that Frankie is not there – has he died in the ultimate act of sacrifice for his friends, or was he pushed?

‘McDonald & Dodds’ series 2 begins at 8pm on Sunday 28th February 2021 on ITV. Preview the first film with our gallery below:

In this article:ITV, McDonald & Dodds