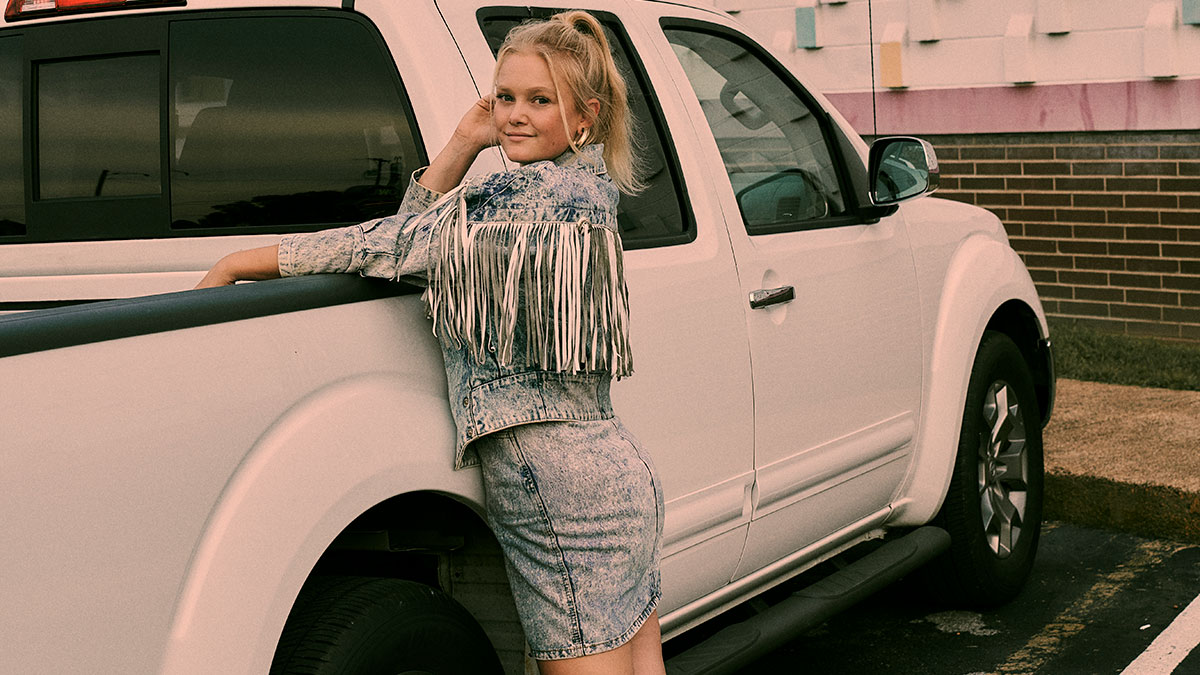 Hailey Whitters has debuted another new collaboration from her upcoming ‘Living The Dream’ release.

‘How Far Can It Go?’ features Country legend Trisha Yearwood and it was written with Nicolle Galyon and Hillary Lindsey.

“When I wrote this song with Nicolle Galyon and Hillary Lindsey, we were drawing inspiration from all of the ’90s female powerhouses I grew up listening to on Country radio,” explains Whitters. “This song reminds me of something I would’ve been singing along to on the radio, driving my old truck back in high school. We all know that young couple back in our hometowns with ‘forever in their eyes,’ and the feeling of wondering if they’ll be able to make it work when they go off to college. Those story songs in Country music were relatable to me then (and now), and I hope there’s a generation of Country music fans that still find them just as relatable today.”

‘How Far Can It Go?’ (feat. Trisha Yearwood) follows Whitters’ current single ‘Fillin’ My Cup’ (feat. Little Big Town), which has racked up more than 4 million streams globally since its debut.

Trisha Yearwood comments, “The first time I heard Hailey Whitters’ voice, I was in. I believe every word she sings. I was so happy she asked me to sing with her on ‘How Far Can It Go?’ Her energy is infectious. I had the best time!”

In this article:Hailey Whitters, Trisha Yearwood