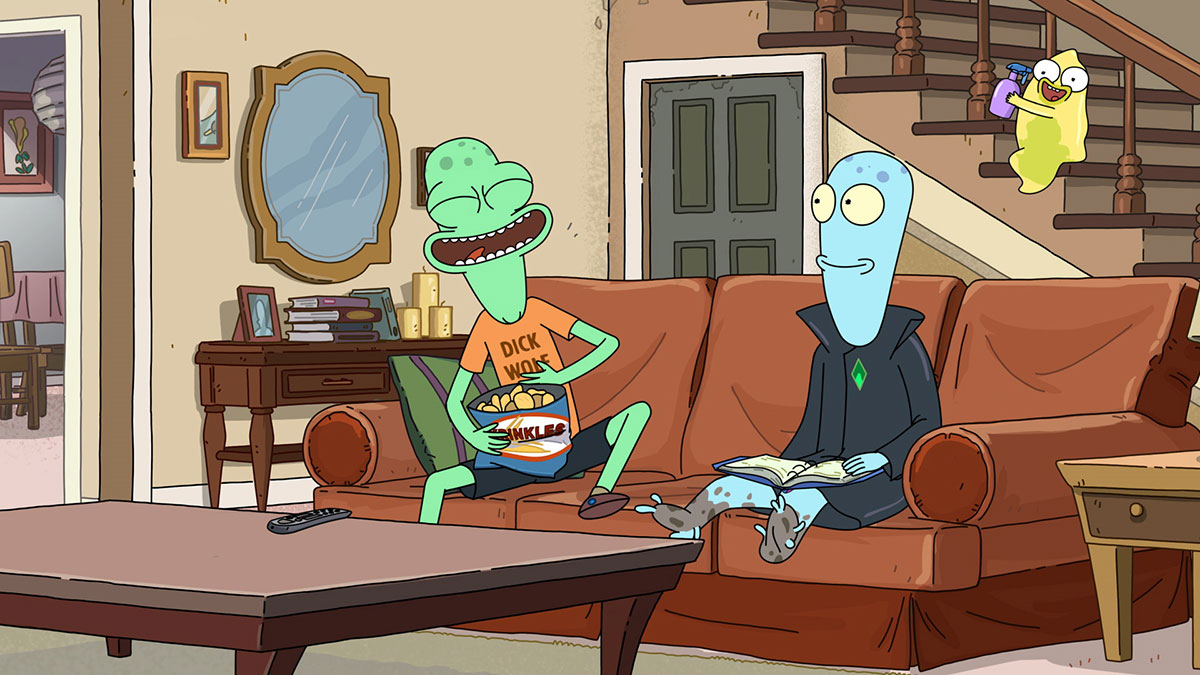 New animated comedy ‘Solar Opposites‘ has unveiled its trailer ahead of its premiere on Disney+ in the UK.

Co-created by Justin Roiland (‘Rick and Morty’) and Mike McMahan (‘Rick and Morty’), ‘Solar Opposites’ centres around a team of four aliens who escape their exploding home world only to crash land into a move-in ready home in suburban America. They are evenly split on whether Earth is awful or awesome.

Their mission: protect the Pupa, a living super computer that will one day evolve into its true form, consume them and terraform the Earth.

‘Solar Opposites’ will debut its first two episodes on 23rd February on Disney+ with new episodes arriving at 8am GMT on Fridays.