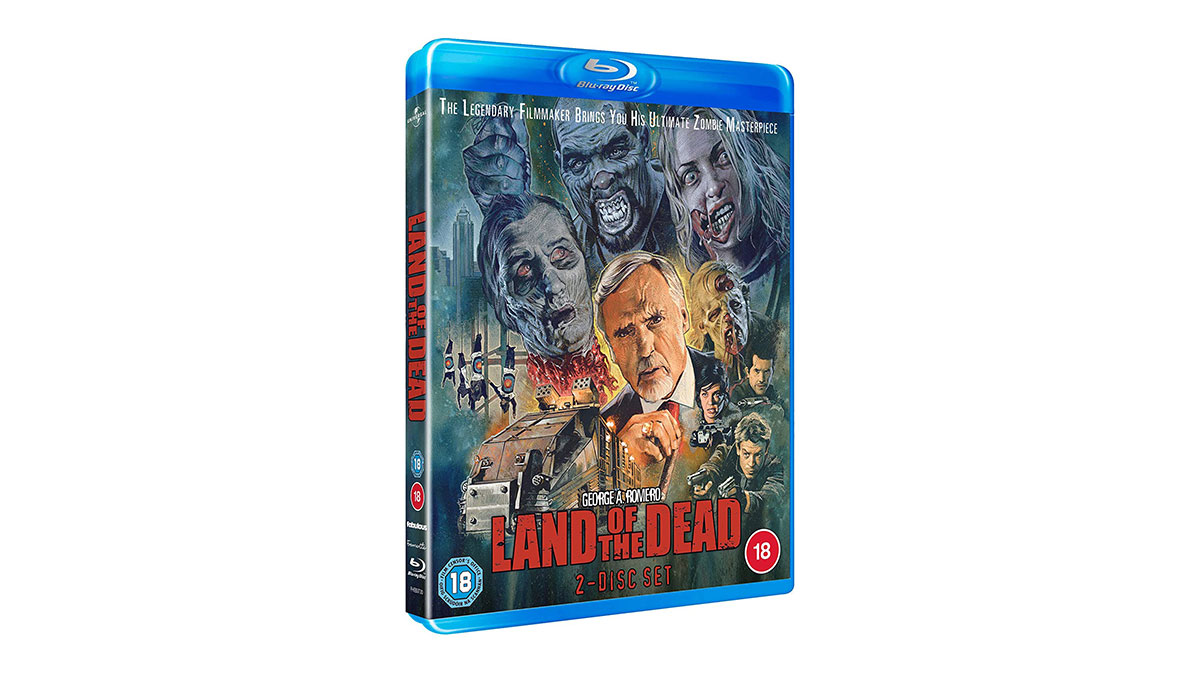 Two decades after master filmmaker George A. Romero’s zombies last scared audiences around the globe, the Godfather of the zombie genre returned with ‘Land of the Dead’ (2005). The film is being released on Blu-ray and DVD on 15th February 2021 by Fabulous Films.

This is Romero’s fourth of six instalments of the “Dead” series which started in 1968 with ‘Night of the Living Dead’. This release includes a reversible sleeve with all new artwork by Graham Humphreys.

‘Land of the Dead’ was Romero’s largest-budget studio-backed film and became one of his biggest box-office successes. The first in the ‘Dead’ series cost $114,000 whereas ‘Land of the Dead’ cost just under $19 million.

Zombies have taken over the world forcing the living to survive in a walled city to protect them from the dead. But all is not well where it’s most safe. The rich live in skyscrapers, the poor live in squalor.  As a revolution threatens to overthrow the city’s leadership, the zombies are evolving and becoming more advanced. With the survival of the city at stake, a group of hardened mercenaries is called into action to protect the living from an army of zombies.

To celebrate the release, we’ve got 2 copies of ‘Land of the Dead’ on Blu-ray to give away. Enter below for a chance to win…