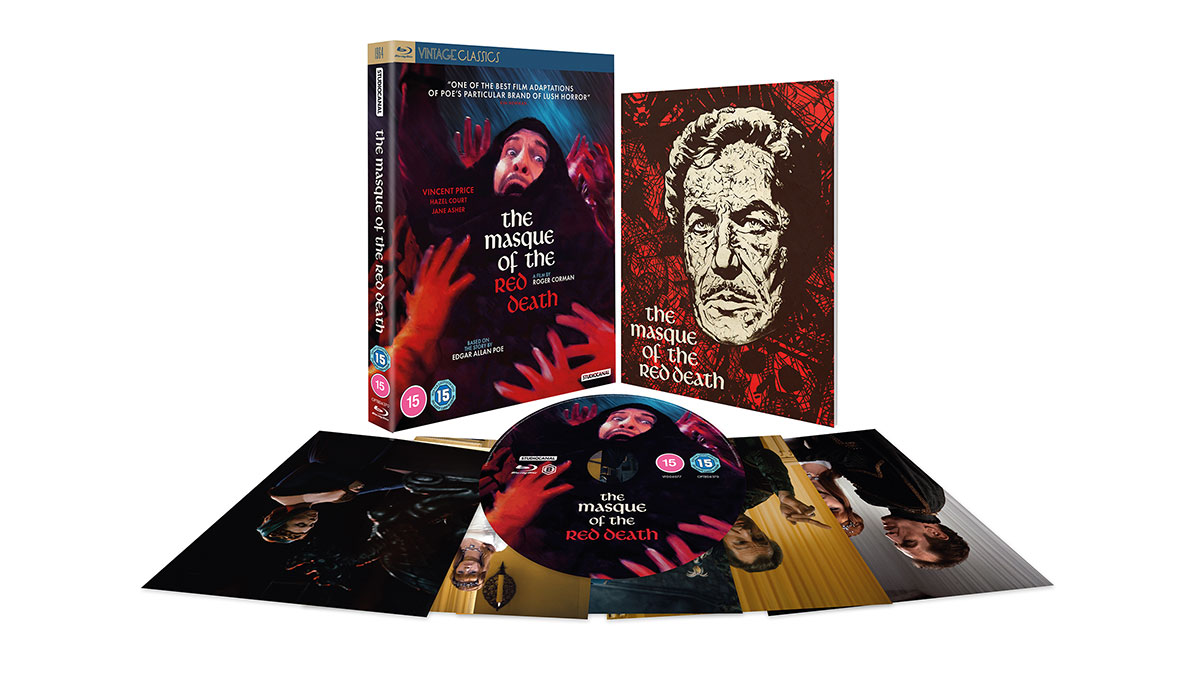 New for 2021, STUDIOCANAL unveils the extended cut of Roger Corman’s iconic horror film ‘The Masque of the Red Death’, stunningly restored in 4K by Martin Scorsese’s Film Foundation and The Academy with funding from the Hobson/Lucas Family Foundation.

Starring horror stalwart Vincent Price (‘House on Haunted Hill’, ‘House of Wax’, ‘Edward Scissorhands’) in one of the finest performances of his career, alongside a knock-out supporting cast including Jane Asher (‘Alfie’, ‘Death a a Funeral’), Hazel Court (‘The Premature Burial’, ‘The Raven’), David Weston (‘Becket’, ‘The Red Baron’) and Nigel Green (‘Jason and the Argonauts’, ‘Zulu’) and based on the classic gothic fiction tale The Mask of the Red Death: A Fantasy by Edgar Allan Poe. ‘The Masque of the Red Death’ is considered one of Roger Corman’s (‘The Little Shop of Horrors’, ‘The Raven’) most distinctive works and an all-time horror classic.

Unseen by audiences until it premiered at the 63rd BFI London Film Festival in 2019 to great applaud, the meticulous 4K restoration brings back to life the striking and bold cinematography from Nicolas Roeg. The amazing use of colours in ‘The Masque of the Red Death’ was thought to influence his love of bold colours in his subsequent directing work (‘Don’t Look Now’ being a prime example). The new version of the film reinstates a number of censored scenes which were cut from the original 1964 release.

A stunning new 4K restoration from The Film Foundation and The Academy of Roger Corman’s 1964 classic ‘The Masque of the Red Death’. This is the first ever fully uncut, extended version of the film to be available. Vincent Price stars as evil Prince Prospero who sells his soul to the devil and then enjoys the latter’s patronage by living the most decadent and lavish lifestyle he can manage. He derides even more pleasure from the perverse satisfaction he takes in seeing his impoverished subjects fall victim to a painful and devastating plague that is sweeping the land.

The new DVD/Blu-Ray includes both the restored extended cut and the theatrical cut, a 20-page booklet with a new essay from The Academy’s film preservationist Tessa Idlewine and 4 art cards from the restoration. There is also a host of exciting special features including a brand new interview with Keith M. Johnston, a lecturer in Film and Television Studies at the University of East Anglia University which explores the fascinating topics of colour and censorship; a brand new commentary with film critic and author Kim Newman and filmmaker Sean Hogan; and a not-to-be-missed conversation between Roger Corman and film critic Kim Newman which was filmed in 2013 as part of the BFI’s Gothic Season.

An absolute must-see for any horror or classic cinema fan, ‘The Masque of the Red Death’ is available to own on Blu-Ray, DVD & Digital now.

In this article:The Masque of the Red Death