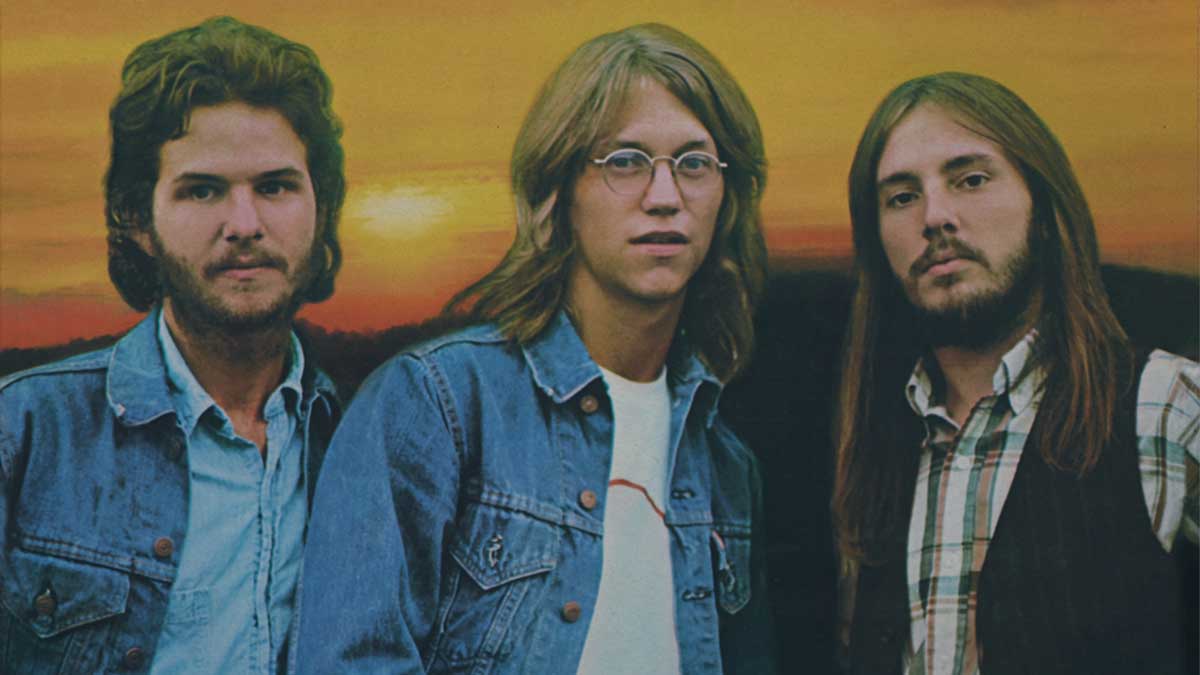 ‘Homecoming’ followed up America’s eponymous debut album in 1972. Their previous record had been enough of a commercial and critical success to well and truly plant the trio on the map. ‘Homecoming’ provided another glut of hits to cement their legacy as an influential folk rock group. It provided writing credits for all three band members: Dewey Bunnell, Gerry Beckley and Dan Peek.

‘Ventura Highway’, the first song on ‘Homecoming’, is the best-known of this collection, and is undoubtedly a highlight. The distinctive guitar riff was later sampled by Janet Jackson for her 2001 hit ‘Someone to Call My Lover’. It combines everything that is great and appealing about America – superb musicianship, perfectly-executed harmonies and an immediate, feel-good quality. Undoubtedly, it captures the feel of the early 1970s. There are some intriguing lyrics thrown in to a scenario in which an older and younger man talk through their differences. But as the sounds wash over you, it’s impossible to imagine anything other than hazy summer days.

Not every song on ‘Homecoming’ hits the heights of its brilliant opening. ‘To Each His Own’ is pleasant enough, but unremarkable. The next song to grab the attention is ‘Don’t Cross the River’, which has a ridiculously catch chorus that calls out for listeners to join in. The touch of banjo accompaniment lends it a distinctive folk quality.

The pastoral feel of ‘Moon Song’ gives way to ‘Only in Your Heart’, which uses a jaunty, Beatles-esque piano to carry the melody. I’ve always loved its false ending. In fact, I have strong memories of listening to ‘Homecoming’ during the summer of 1995, which was a long, hot one in the UK, and it was the perfect accompaniment for trips out. Hearing the album now takes me back to those halcyon and relatively carefree teenage years! ‘Only in Your Heart’ was my favourite track in those days.

On the second side, it’s the edgier ‘Cornwall Blank’ that is the first attention-grabbing song. It uses more electric guitar than is usual for America’s usually acoustic sound, and there’s an urgency to the vocals. ‘Head and Heart’ is a cover of a song by the late British folk artist John Martyn, but America do it justice. The breathy, percussive sound fits in seamlessly with the band’s output. It’s the only cover on ‘Homecoming’.

‘California Revisited’ sees a return of electric guitars and is the most upbeat and feel-good song on the album. Unlike some of the more introspective songs, it’s one to get the foot tapping. The album rounds out with the more melancholic ‘Saturn Nights’ that sees a return of piano as an accompaniment. A great one to get the lighters out and sway back and forth to (or iPhone torches, these days). It signs off an album that hits perfection in places, and is never less than a sumptuous listen.

America’s ‘Homecoming’ is available on an appropriately 1970s-themed orange 180g vinyl disc from Music on Vinyl. It is presented in a trifold sleeve that pulls out to reveal a striking photographic portrait of the band in a woodland setting. It sounds incredible, and if you’re a fan of America and the folk rock genre, you’ll want to revisit these songs. With some real standout tracks, ‘Homecoming’ is always a pleasure to revisit, and it will always have a place in my heart.

Track listing: Side A: 1. Ventura Highway 2. To Each His Own 3. Don’t Cross The River 4. Moon Song 5. Only In Your Heart Side B: 1. Till The Sun Comes Up Again 2. Cornwall Blank 3. Head & Heart 4. California Revisited 5. Saturn Nights Record label: Music on Vinyl Release date: January 20th 2021 Buy America ‘Homecoming’