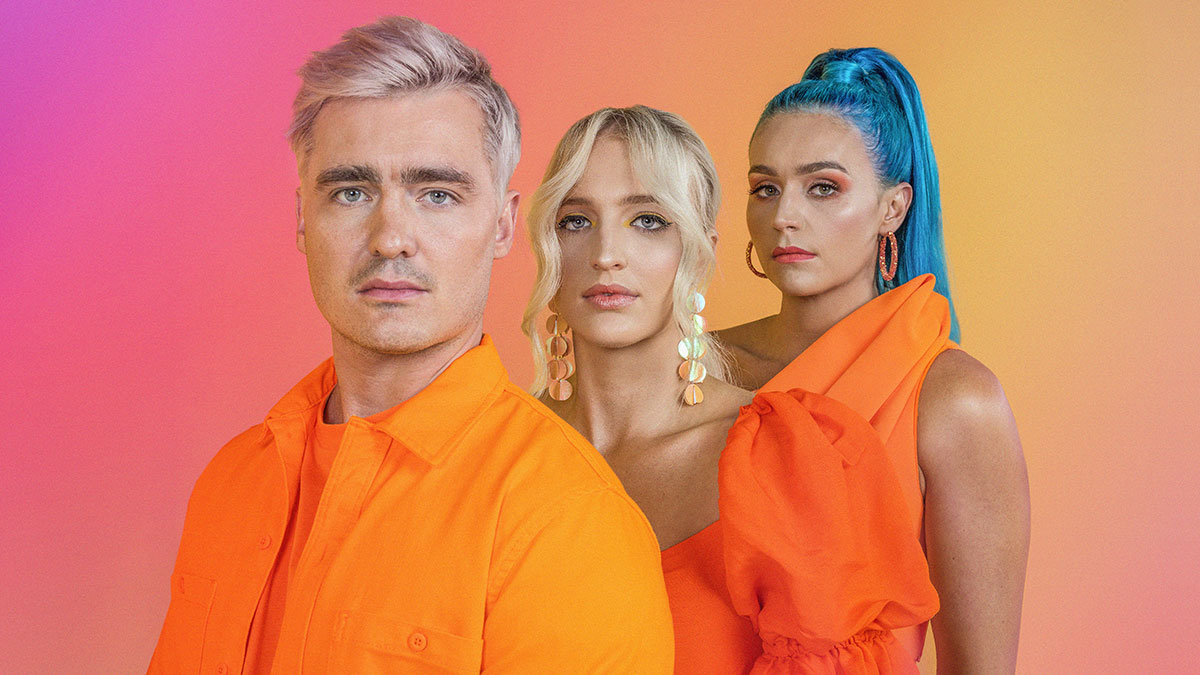 The album comes following the band releasing 12 singles in 12 months. The final single, ‘Learning To Fly’, was released in December as a surprise for fans.

‘Kaleidoscope Eyes’ is the band’s third full length release, and their first album since 2018’s ‘Watching The Sky’. The band spent 2019 writing and recording and taking time to discover who they are now, as young adults with established careers, rather than a new band chasing accolades and seeking acceptance.

During the. pandemic the band rediscovered “normal” life outside of touring; Amy Sheppard kick-started a global body-positive movement called Kiss My Fat Ass and got engaged to her longtime partner Lachlan; Emma Sheppard found solace in smaller moments in life, building an epic caravan house with her partner and George continued to grow as a father and explore new artistic avenues.

“Somewhere along the album’s journey, I became obsessed with the idea of a kaleidoscope.” said George Sheppard. “To most people it might just be a tube with pretty shards of glass, but to us it represented so much more.”

“Each time you look into a kaleidoscope, you are looking at something in a new light. It’s often bittersweet, because the slightest change can shift the entire picture forever,” said Amy Sheppard of the meaning behind the record. “On the other hand, if you continue to tumble, you’ll eventually find new beauty in a different arrangement of the same pieces. It’s a strangely beautiful metaphor for love and how the world seems much brighter when you’re in love. That message has managed to wind its way throughout the entire record.”

Advertisement. Scroll to continue reading.
In this article:Sheppard