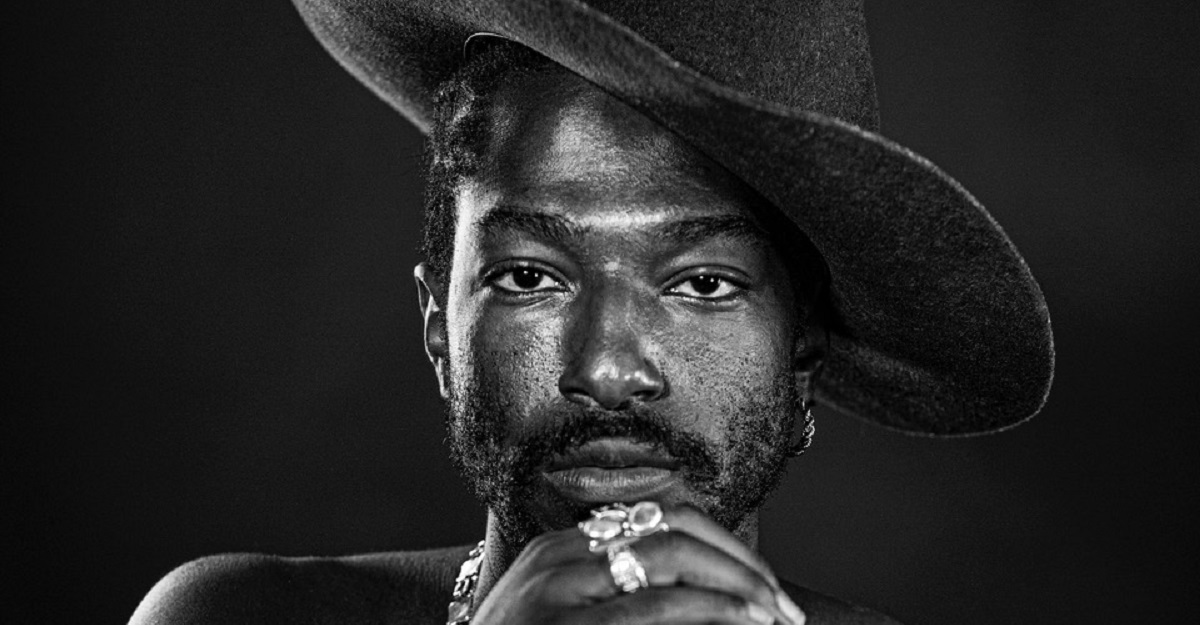 Originally from Shreveport, Louisiana, Willie Jones first rose to fame when he appeared on the US version of The X Factor back in 2012. He released his debut single, Runs In Our Blood, in 2018 and has since been gaining buzz on both sides of the Atlantic for his blend of country and hip-hop influences. After wowing UK audiences with performances at Country Music Week in 2019 and 2020, now he’s releasing his long-awaited debut album, Right Now.

The 12-track LP opens with Country Soul, which bursts into life with a ‘na-na-na-na’ intro, lots of twang and funky guitar licks, and plenty of swagger from Jones as he introduces himself and his influences – ranging from Tim McGraw to Marvin Gaye and Aerosmith – as well as the variety of styles incorporated into his music. That’s not just limited to the melody either; he hints at the power and depth in his vocals (more on that to come later) and raps on the bridge too. It’s the type of song that begs to be sung along to, with encouragement for a hand clap midway through, and will not doubt sound great live. As a statement of intent, it’s the perfect way to kick off this album.

That mix of genres is in evidence throughout the record, whether that’s on the likes of the high-energetic, cheeky Bachelorettes On Broadway which mixes rock guitar riffs and a swinging melody, or Back Porch which blends a driving rhythm with a twangy melody. The latter particularly highlights Jones’s smooth vocals and has details packed full of images, like bare feet on grills, rocking chairs and wind blowing. Elsewhere, the stripped-back bittersweet ode to summer nights Right Now features classic rock guitars and a relaxed, retro vibe, whilst Drank Too Much – the tale of how Dutch courage led to a relationship – blends plaintive instrumentation, heavy beats and smooth, slick vocals from Jones as well as the rock guitar touches that pepper the album.

For me many of the album’s best moments come when Jones’s vocals are at the forefront. The soulful, romantic Down For It – his breakthrough hit – is the best example of this, showing off the huskier tones in his vocals and has a lovely warmth and richness about it, as well as an excellent a capella section on the bridge. Meanwhile, Trainwreck switches between rattling banjo and trap beats that contrast the melancholy lyrics and balance really well with Jones’s Southern drawl, and Whole Lotta Love is a joyful acoustic number which sees Jones pull off some impressive vocal runs towards the end.

However the absolute standout track comes midway through, in the form of American Dream. Right from the off you know this is going to be very different – it kicks in with a dark, heavy beat and fuzzy guitars, with Jones warning the ‘young man, better watch your step when you step off the front porch’. There’s also an importance of knowing your history with lyrics referencing Malcolm X, Martin Luther King, Colin Kaepernick and George Floyd, and a sense of pride and conflicting emotions about what it means to be a Black man in America. The two spoken word sections – where Jones raps about what the American flag represents and another painting a vivid picture of the impact of systemic oppression and police brutality that culminates in a scream – are particularly impactful; you get a real sense of the fierceness and fire driving Jones to speak out and his urge for everyone to strive for change. It’s a hugely atmospheric movement and makes an incredibly powerful statement.

On a completely different note, I also particularly liked Actions, a piano-led number where Jones sings about a lover who says one thing and does another. He delivers the emotional, heartfelt lyrics in an almost stream of consciousness style and goes for some huge notes, as well as showing off the depth and gravel in his voice. It’s very different from the rest of the record and something I’d be keen to see him explore more of in the future.

The album closes with two remixes of Down For It, both featuring T.I. – another artist namechecked on the opening track – which have helped propel Jones to success on the US charts. Of the two, I personally preferred the JD Walker version, which takes a sparser, more stripped-back approach, whereas the MyGuyMars remix focuses more on the mellow guitar line. I can see why both tracks have been included as they’ve been big hits for Jones, but personally they didn’t add much for me and I’d have liked to see a couple more new tunes instead.

Overall Right Now is a great introduction to Willie Jones’s style, showing off his diverse influences and vocal and songwriting talents. It also brings plenty of fun and laidback energy throughout, as well as featuring one of the standout musical moments of the year in the form of American Dream. “Is it country, R’n’B or soul / Hip-hop or funk or even rock ‘n’ roll?” Jones asks on Country Soul. The answer is it’s all of those, and it’s exciting to think about where he might take it next.

Advertisement. Scroll to continue reading.
In this article:Featured, Willie Jones