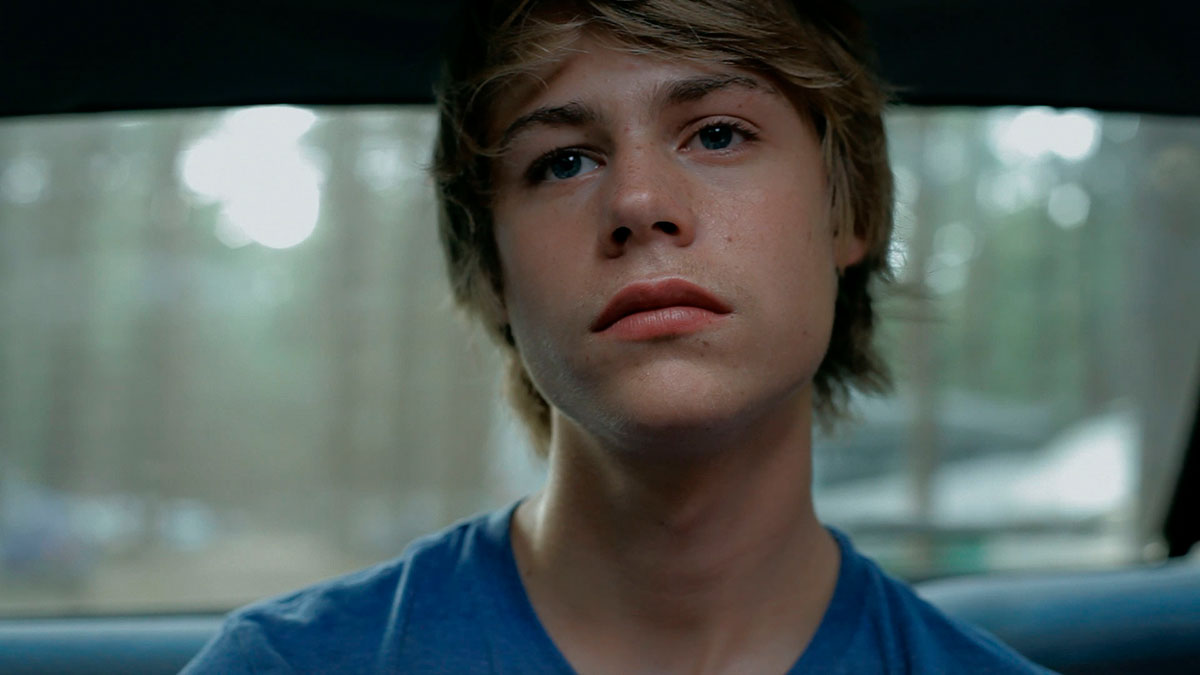 NQV Media has been steadily building its reputation as the home of quality shorts that explore what it’s like to be a gay man in the modern world. Reflecting tales from across the world, and not just those close to home, the distributor has impressed with its collections such as ‘The Male Gaze’ and ‘The Boys’. To kick off 2021, NQV Media is keeping its focus on men but with new release ‘Boy Feels: High Tide’, the theme is coming-of-age rather than exploring sexuality.

‘Boy Feels: High Tide’ comprises of four shorts – ‘Beach Boy’, ‘The Boy in the Ocean’, ‘Go Daan Go!’ and ‘Ocean’ – with a run time of just over 90 minutes. The shorts are from Germany, Denmark, the Netherlands and France respectively, and each tackle a different theme.

Opening with ‘Ocean’ by director Emmanuel Laborie. 10-year-old Jean (Adam Lenglen) is on holiday with his parents in 1979 when he notices that they seem to have fallen out of love with one another. A shock death during a day on the beach makes Jean understand that his parents’ feelings for him won’t change even if the way they feel about one another has. I haven’t seen anything tackle the breakdown of a family through the eyes of a child like this before.

‘Go Daan Go!’, by Mari Sanders, moves away from burgeoning sexual desires and tells the story of youngster Daan (Jorrit de Jong) who is encouraged by his teacher to take up swimming. This unlocks a world of fear for his mother, who is worried her son has inherited a deadly medical condition that could be triggered by exhaustive exercise. With the support of his father, Daan follows his heart and the short is a heart-warming tale of a family trying to do the right thing by one another.

Closing with ‘Beach Boy’, viewers are thrown into the world of Dimi (Tom Gramenz), a teenager who goes to spend the summer with his older brother and becomes infatuated with his girlfriend. Looking at the naivety of youth, Hannes Hirsch’s film follows Dimi as he attempts to impress his brother’s girlfriend, with none of the humility that experience would give him. It’s a fun glimpse at what it’s like to grapple with feelings and urges you’ve never had before, and I’m sure many viewers can relate.

‘Boy Feels: High Tide’ is an interesting exploration of pivotal moments in the life of young boys and teenagers. The stories told across the four shorts are ones we can all relate to and this collection is something a little different for NQV Media. I’m interested to see where the series goes next.