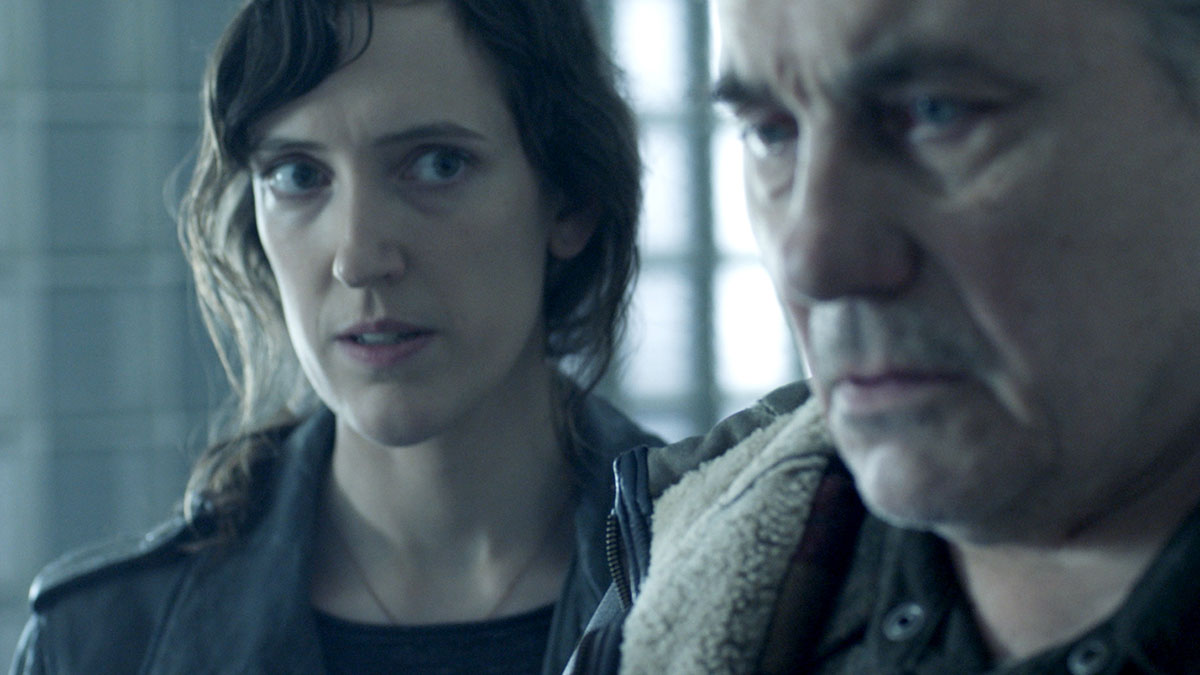 What we all need on these long, dark, wintery evenings is an even darker, more wintery alternative – and ‘Monster’ serves that up in spades.

Set in northern Norway – that curly bit that loops over Sweden and Finland and borders Russia – in the fictional town of Nemesoara, it stars Ingvild Holthe Bygdnes as Hedda Hersough. She’s a police officer who, having left her home to go “down south” to Oslo, has now returned to investigate the disappearance of Tyra, a “good Christian girl” from the town. But whilst helicopters are out searching for Tyra, her boyfriend, Abel, walks into a local motel with a stab wound to the neck that proves fatal.

Because Nemesoara is so small, Hedda’s boss summons help from Oslo in the shape of the grumpy and rude Joel Dreyer (played by Jakob Oftebro – someone so typically Norwegian looking, he could have been in A-ha in the 80s). He treats Hedda with stereotypical big-city contempt for the rural copper, using her as little more than a glorified chauffeur. There’s one great scene where Hedda, sick of his patronising attitude, stops in the middle of nowhere, orders him out of her car and drives away without him. Quite right too.

They’re the typical odd couple who initially resent the other’s involvement in the case. I’m guessing that over time they will earn each other’s respect, as is the norm in such matters. And both have other stuff going on. We don’t yet know why Hedda left Oslo – presumably this is something to do with her personal life that we only get a glimpse of in the opening episode. But I’ll wager she has skeletons in her closet that will no doubt be explored in future instalments, including the fact that her mother went missing some years ago and was never found.

We see glimpses, too, of chinks in Joel’s armour. He’s not as perfect as his finely chiselled features would have you believe – again, no doubt this will be further revealed later in the series.

Towards the end of the episode, a body is discovered in a shallow grave – the body arranged in a most peculiar, and yet strangely affectionate, way. And when something reveals itself out of the body’s mouth, it is a truly disturbing and horrific image that pushes the realms of credibility.

But it’s the final scene, set in a torrential downpour in a motel carpark (the same motel that Abel walked into after being stabbed), that is the highlight of this episode. The show is a little slow at times, so this final dénouement is a welcome fillip and makes you keen to see the second episode.

As with so many of these dramas set in unusual places, it’s the location that’s fascinating. This type of small, insular community is ideal for noir thrillers because everyone knows everyone else’s business. There is zero privacy. And in this particular town, there’s a sinister sect-like religious element to the residents, too. They’re a creepy and inhospitable bunch.

This has all the hallmarks of traditional Nordic Noir: interesting characters, some decidedly eerie goings on, and an intriguing murder mystery on many levels. Well worth checking out.

Walter Presents: ‘Monster’ will premiere on Channel 4 at 11pm on 4th January 2021. It is available on Walter Presents via All4 on Friday 1st January.

Advertisement. Scroll to continue reading.
In this article:Monster, Walter Presents