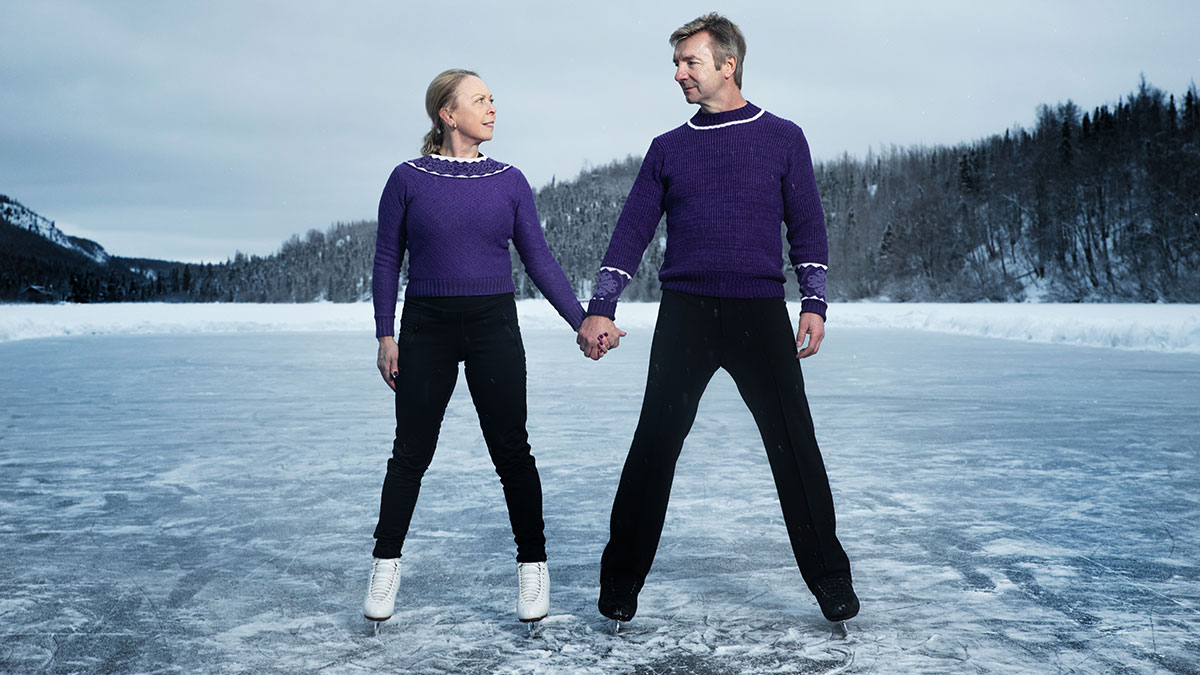 Torvill & Dean – aka Jayne Torvill and Christopher Dean – travel to Alaska on an extraordinary quest to fulfil a life-long dream in new ITV special ‘Dancing on Thin Ice with Torvill & Dean’.

The Olympic champions have spent a remarkable 45 years on the ice together – but astonishingly they’ve never skated in the great outdoors. Jayne and Chris recall how as children they were inspired by a mural in Nottingham ice rink showing skaters on a frozen mountain lake. Ever since, they’ve wanted to skate free in nature, rather than round in circles on artificial ice. Now they’ve come to Alaska to make that dream come true.

But luck is against them – in Alaska’s hottest year on record there is not a lot of ice to be found.

So Jayne and Chris’s travels into the remote wilderness become a hunt for wild ice, skating wherever they can. From train to husky sled, from frozen lakes to glaciers, it’s a spectacular journey. But will they succeed in their mission – to find the most magnificent natural setting to dance a special new version of their iconic Bolero as a unique tribute to our precious planet?