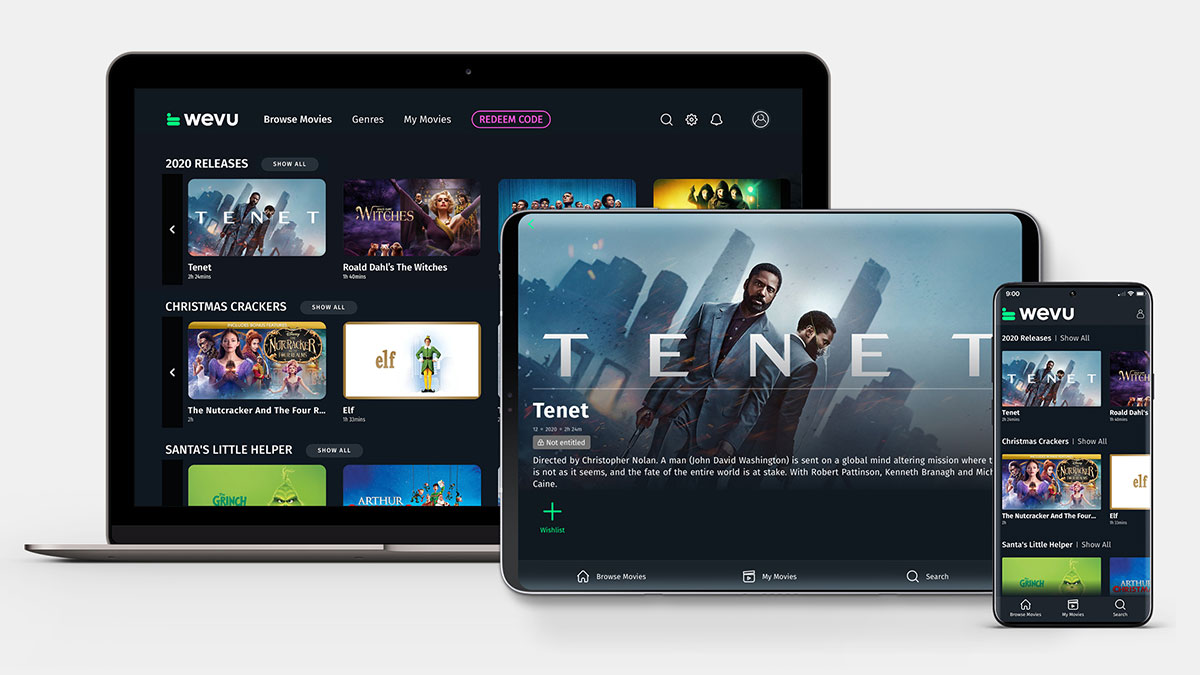 Subscription-free movie service wevu has launched in partnership with Tesco.

Aiming to disrupt the home entertainment industry, the service enables families to watch and own hundreds of their favourite movies in a totally new way.

Movies can be purchased directly on the platform at wevumovies.com accessible through smart TVs and devices. Consumers can also purchase movies on wevu movie cards in over 450 Tesco supermarkets as an alternative to physical DVDs.

Although many consumers in the UK have turned to digital services to access their movies and entertainment at home, 49% of home movie sales are still attributed to physical media¹. The wevu movie cards are an alternative to DVDs. At checkout, customers are given a code. This can be used to redeem, watch and own films at wevumovies.com or via smart TVs and devices. The cards are designed to be simple to use for those who have not yet embraced online streaming.

“The brand new wevu movie cards also make an ideal Christmas gift. Increasingly, people feel less sure about gifting physical DVDs due to the move to online streaming. The great thing about wevu is that people can gift a wevu card with confidence that their loved ones will be able to access them online,” says wevu’s Carl Oxley.

A Tesco representative says: “wevu builds out our in-store entertainment offering even further, providing a new viewing alternative for our customers, as well as differentiating our proposition in the marketplace. With 16 million active Tesco Clubcard users and a universe that captures and we capture 87% of all UK consumers every year, we are the final piece in the wevu jigsaw. I look forward to seeing the reaction to wevu and watching its ascent.”

As part of their launch, wevu is also running a social media competition for one lucky person to win a huge 145 digital movies (worth over £750), which is every single movie available on wevu cards in Tesco stores. People can enter the competition by following the wevu Instagram page and tagging two friends: https://www.instagram.com/p/CJG0qfHFM7r/