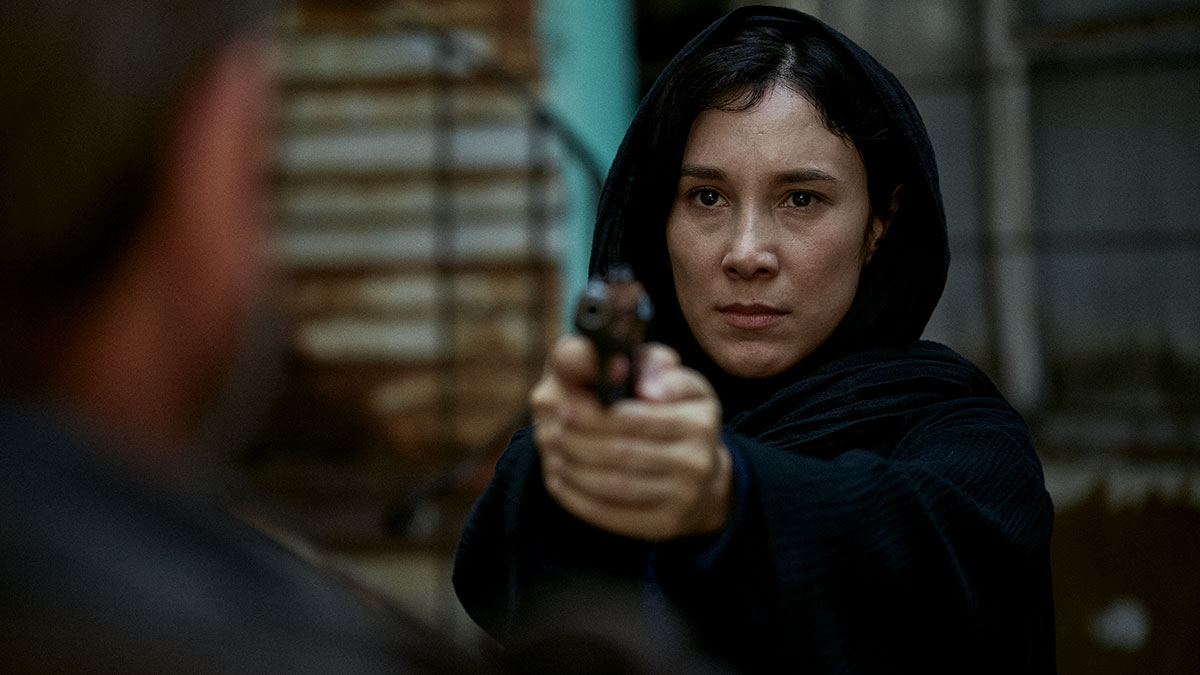 Walter Presents is bringing ‘Bullets’, from the team behind ‘The Bridge’ and ‘The Killing’ to All 4 on 29th January 2021.

The 10-part series is created by Antti Pesonen and Minna Virtanen, and it stars Krista Kosonen, Sibel Kekilli and Tommi Korpela. It is a powerful, character-driven, international thriller, set against the atmospheric backdrops of Helsinki, the criminal underworld of Belgium and the troubled streets of Georgia.

The story centres around Mari, an ambitious and professional Intelligence officer who goes undercover to befriend an asylum seeker in Finland and who is of great interest to authorities. The refugee in question is Madina Taburova, a former recruiter of suicide bombers and once one of the most wanted terrorists in the world – but now presumed dead. Mari sets out to win Madina’s trust in a mission to uncover why she’s returned from the grave, and what her intentions are in Helsinki…

Mari and Madina, an orphan and a widow, are defined by their missions; even if their perspectives on what the greater good means are very different, both women will stop at nothing to get what they want. An intelligent mix of espionage thriller and political drama, this series examines complex and topical themes by exploring the lives of these two very different women who are united by similar destinies.

Viewers may recognise Sibel Kekilli, playing Madina, from her starring role as Shae in the hit series ‘Game of Thrones’. Krista Kosonen is the star at the centre having been nominated for best actress at the Kultainen Venla awards for her role as Mari.

Advertisement. Scroll to continue reading.
In this article:Bullets, Walter Presents