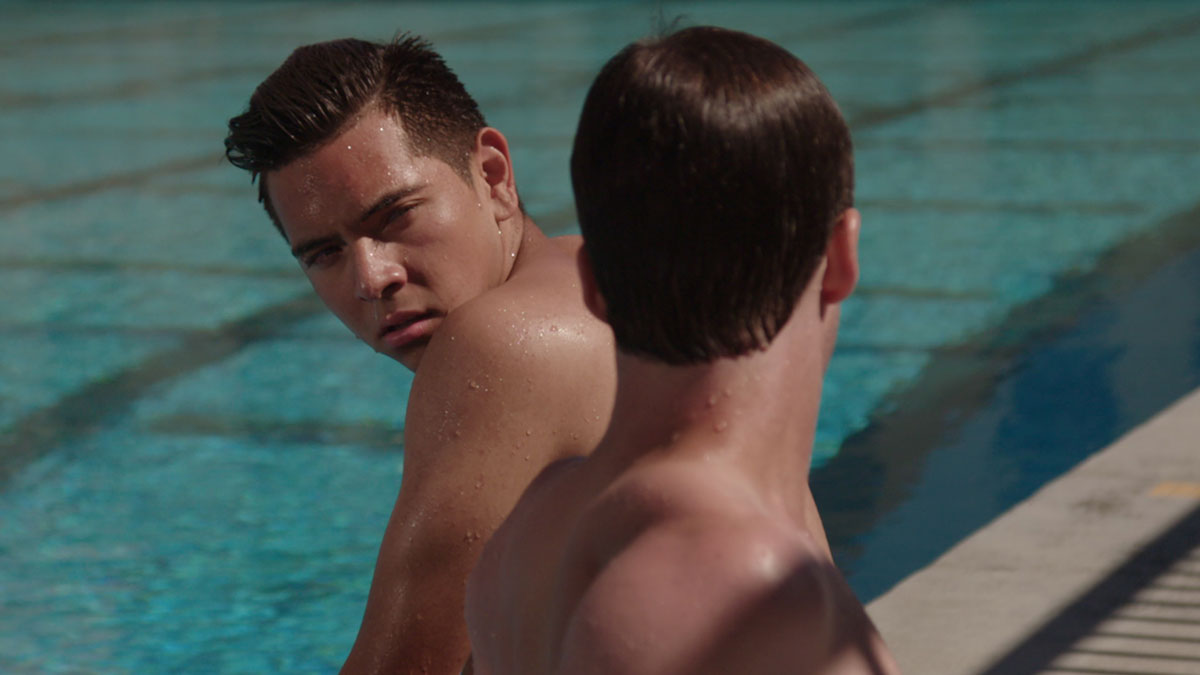 NQV Media’s hugely successful ‘Boys’ series continues with the recent release of ‘The American Boys’. Turning its focus onto the U.S.A., the latest shorts collection features 6 shorts from American film-makers that give different snapshots into the lives of gay men of all ages and races. The series has proven to be a real showcase for emerging talent and this latest collection is no exception.

Opening with ‘These Things Take Time’ from director Jerell Rosales, the collection comes out of the gate strong and I think this is my favourite of the six shorts. Eight-year-old Zander tries to deal with, and understand, his attraction to his male third-grade teacher and the result is something pretty sweet and special. When he gets relegated to the back of the class to sit next to a disruptive female classmate, Zander tries his hardest to get his seat back at the front so he can gaze lovingly at his teacher. The short captures the naivety of children and also the innocence that young people have when they follow their feelings without really putting much thought into what they mean.

The second short, ‘The Legend of Scotty Watts’ directed by Prash Sampathkumaran, tells the story of a teenager obsessed with the lead singer of his favourite band. He hits it off with a female fan of the band and the classic warning ‘never meet your heroes’ plays out with devastating consequences. Antoine Dupont-Guerra’s ‘Two Fish’ follows next as two teenage best friends reunite after being apart for a while. At first they’re just happy to see each other but that happiness is hiding deep-rooted feelings that one of them isn’t quite ready to face yet. It’s an interesting exploration of when friendship crosses the line and the consequences that follow.

Anders Helde’s ‘You Can Play’ jumps into sexuality in American football with star quarterback Brandon pondering leaving his small town and wrestling with his feelings for his best friend James. On the one hand Brandon understands the pressure and expectations on his shoulders from his coach and team-mates, but on the other he’s terrified to leave James behind without telling him how he feels.

Another highlight on the collection is fifth short ‘I Think I’m Gay’ by Matt Chupack. A zippy and funny look at Zach, a man exploring his sexuality following a failure to perform in bed with a woman, the short sees Zach opening himself up to gay experiences to see if he’s gay or just had performance anxiety. His night out takes him on a few gay club clichés and with the help of his friends Zach gets some closure. It’s a quirky way to look at sexuality and I found it pretty refreshing.

‘The American Boys’ is a strong collection from NQV Media. Their output continues to get better-and-better, and they are giving a home to film-makers that might not otherwise get the platform they deserve. This collection is richly varied with each short well-written and directed, and they all pack a message that needs to be heard.

In this article:NQV Media, The American Boys