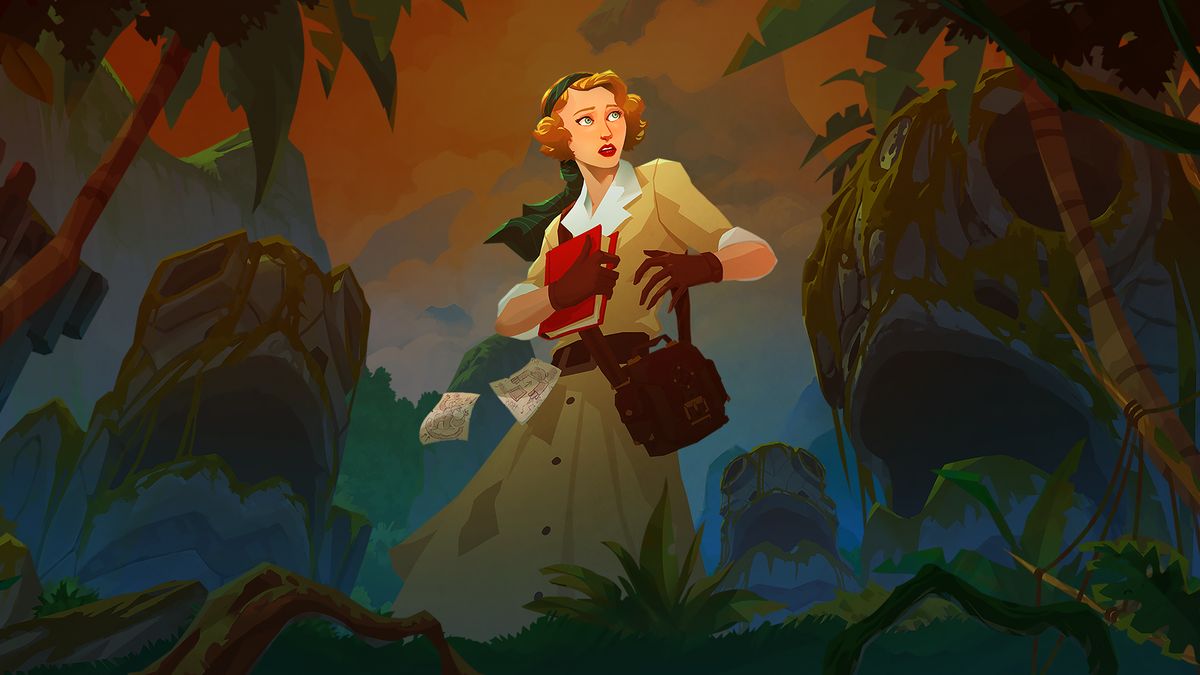 Credit: Raw Fury / Out of the Blue

Call of the Sea is a first-person adventure puzzle game, and the debut title, from Madrid-based developer Out of the Blue. They describe the game as an otherworldly tale of mystery and love, inspired by the stories of H.P. Lovecraft.

The year is 1934 and players take the role of a woman named Norah (Cissy Jones). She is afflicted by an unknown debilitating condition. Harry (Yuri Lowenthal), her husband, left a year ago in search of a cure. When Harry’s expedition goes missing, Norah receives a mysterious package that sets her off on adventure to an island in the South Pacific.

Watch the Call of the Sea release date trailer below:

Norah has no clue what to expect and is suprised to find herself in a tropical island paradise. However, it’s soon clear that there’s more to the island than meets the eye. Determined to find out the truth about what happened to Harry, Norah begins exploring in search of clues.

Shortly after starting up the game for the first time two things really stood out. The quality of the voice acting is stellar with Cissy Jones (Firewatch) really stealing the show. Secondly, the game looks absolutely gorgeous thanks to a stylised art style and wonderful use of lighting. I must have spent as long looking at the surroundings as playing the game.

For this review I played Call of the Sea on Xbox Series X and I really was blown away by how pretty it looks. There’s so much colour in every scene and the different environments are packed full of details and neat touches. On Xbox Series X the game runs at 60fps in 4K Ultra HD and makes use of ray tracing. Paired with the fantastic audio results in an incredible atmosphere.

Call of the Sea takes place over six main chapters bookended by a prologue and final chapter. The game demands you take your time, explore everything and really think about what you discover. Pretty much everything you find is a snippet of the larger story so it’s essential to pay attention.

A useful feature is that whenever Norah comes across something of interest she makes a note of it in her journal. This is split into two sections, the first keeps track of clues that are useful in solving puzzles. The second is more of a diary where she documents her findings. The journal removes the need to keep track of most things yourself but I did find having a notebook myself was handy.

If you haven’t already guessed, Call of the Sea is a narrative-focused game. You’re going to spend most of your time here walking around exploring, looking at items and solving puzzles. There’s no violence, combat or quick time events.

Each chapter features several puzzles for you to overcome in order to progress. The game does introduce these gently but the difficulty soon ramps up. It’s worth pointing out that there’s no extra clues, hints or hand-holding to help you along if you get stuck. One extra challenge of reviewing the game ahead of release was taking on the puzzles before walkthroughs were available. I’m pleased to say I overcame them all but several had me really scratching my head for a while. Each time you overcome a puzzle is really satisfying.

The best help I can give without spoiling anything is to make sure you take your time to really look at everything. When Norah approaches something of interest a small icon appears to allow you to interact with it. If you can take it with you then that happens automatically. There’s a lot of letters, documents and photographs to read and you can also rotate everything to view from different angles.

While the path through the game is essentially linear, the developers have done a good job in giving you constant choices. There always seems to be multiple paths to take and certain puzzles require a certain amount of back-tracking. There’s no map function or waypoint system but I didn’t find this to be an issue thanks to the smart level design. As you open more things up, shortcuts allow you to get around easily.

Credit: Raw Fury / Out of the Blue

It would be criminal of me to give any more of the story away. What I can say is that I really enjoyed it and found the lengths the main characters were prepared to go for each other very emotional. The story kept me engaged throughout and guessing until the end. I liked that you are also given a final choice that decides how the story ends. It’s well worth playing through to see both endings and to track down any secrets that you may have missed.

Call of the Sea is a brilliant game and a mighty impressive debut for Out of the Blue. It really shines on Xbox Series X and the extra power of the console is put to good use. Anyone who enjoys a good narrative adventure and solving puzzles should make sure they check it out. It’s also worth noting that the title is available on Xbox Game Pass so if you subscribe then you’ve really got no excuse not to give it a go. Highly recommended.

Call of the Sea was reviewed using a digital code provided by the publisher.