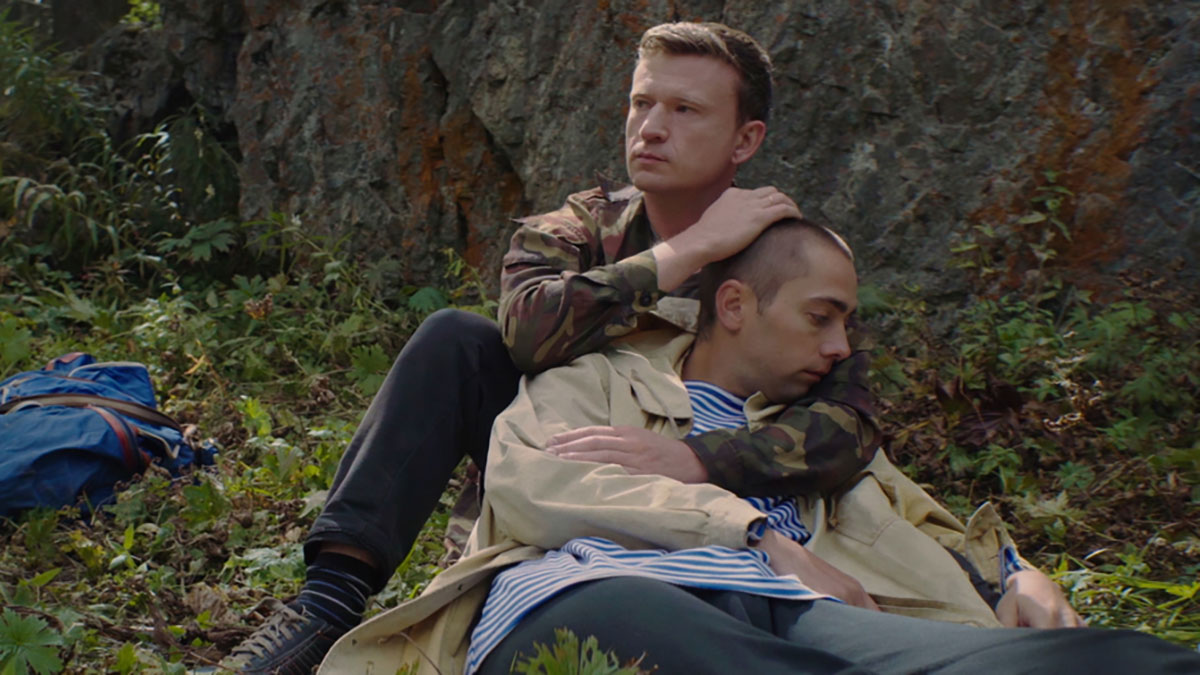 Following a failed suicide attempt Sasha (Viatcheslav Kopturevskiy) is tasked by his mother to travel with his brother-in-law Dima (Ilya Shubochkin) to check on his grandmother, who has stopped answering her phone. While the two men may seem polar opposites – Sasha tries to survive on the underground gay scene and Dima is a top-ranking police officer – its revealed that they are locked in a passionate affair. As they travel to Serbia, Sasha and Dima are forced to confront their relationship and the implications it could have for both of them.

‘Siberia & Him’ is clearly a passion project for actor Viatcheslav Kopturevskiy, who not only stars in the film but he also wrote and directed it. The film has a lot of promise, exploring homosexuality in Russia and giving a glimpse of what that life must be like for the men and women who live under such cruel oppression. When we first see Dima, he’s breaking up an illegal gay night in a club and spitting out homophobic language to impress his colleagues. After a few drinks, it’s a different story as Dima can’t keep his hands off Sasha and is actually falling deeply in love with him, despite being married to Sasha’s sister.

Much of ‘Siberia & Him’ takes place without dialogue. The beautiful and desolate scenery fills the silences and Sasha and Dima communicate often with wanton glances rather than words. Both men are battling with their sexuality with Sasha feeling depressed about his life while Dima is in complete denial. There are glimpses that Dima would like to live freely but those are few and far between.

The downside of the film is that it’s incredibly dreary. With not a whole lot going on and the tone generally downbeat, it’s quite a gruelling watch. You feel a sense of fear throughout and that’s realised, rather chillingly by the end. This is a story that is bleak with a side-serving of extra bleakness and it’s hard to feel anything other than cold towards it.

Acting wise the cast is fine. Both men are adequate in their role with Ilya Shubochkin taking the edge as he really brings the struggle of Dima to the surface. The supporting cast gets little to do as this film is really about just two characters, with the rest feeling a little superfluous.

‘Siberia & Him’ is a solid film and visually it’s an impressive achievement. For me though, the story could have had a little more flesh on the bones and I would have liked to see how Dima would have behaved had his secret been found out. Instead the two main characters deal with their struggle together and the climax will leave you a little shocked, and probably a bit unfulfilled.

In this article:Siberia & Him, TLA Releasing