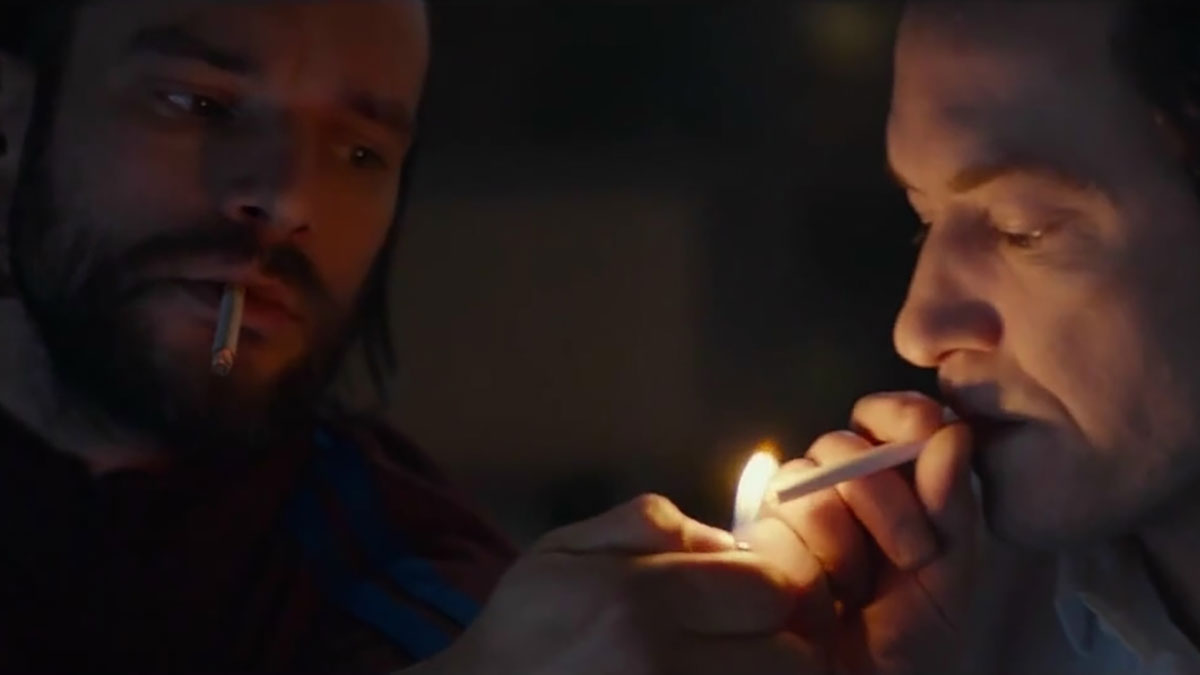 Christophe (Sébastien Ricard) decides to buy an unfinished apartment in a new build tower block in Montreal. While looking around, he unexpectedly meets Russian acrobat Micha (Yury Paulau) who has been squatting there at night. The two men share an intense sexual encounter that pulls them into each other’s lives and the more they see one another, the more extreme their interactions become.

‘The Acrobat’ is a film from writer/director Rodrigue Jean and it’s a lengthy, and explicit, drama that introduces you to two very different men. Christophe is seemingly straight-laced and he spends his days caring for his sick mother, whom he appears to have a difficult relationship with. Micha is recovering from a broken leg after an accident put an immediate stop to his career as an acrobat and rendered him homeless. The two men couldn’t be more different but from the moment they meet, they are drawn in to each other’s world.

The most interesting part of the story is the power dynamic that switches between the characters. Christophe is very passive to begin with while Micha is aggressive but the connection between the two men brings a darker side out of Christophe, whose behaviour becomes quite shocking.

Where the film doesn’t quite succeed is in the stories of both men outside of their relationship. We don’t really find out all that much about them, which leaves you a little bit cold. Christophe’s relationship with his mother is never truly explored, while we see glimpses of Micha with his acrobat trainer but we never get to the bottom of what actually happened to cause his accident.

The success of the film lands on the shoulders of the two leads – Sébastien Ricard and Yury Paulau. Ricard gives the more complex performance of the two, which is down largely to his character being better written, while Paulau is simultaneously sympathethic and infuriating as Micha. We never truly know why he behaves in the way he does and I feel there’s a backstory that could have been developed more.

That being said, ‘The Acrobat’ is still worthy of your time. It may be a little slow in places (I admit the lengthy scenes of cranes moving around weren’t my favourite aspect of the film) but when Ricard and Paulau are on screen together, it’s impossible to turn away. Their connection is evident and their chemistry really carries the film. If you don’t mind the explicit sex and you can look past it, you’ll find a deeper film here than you’re expecting.