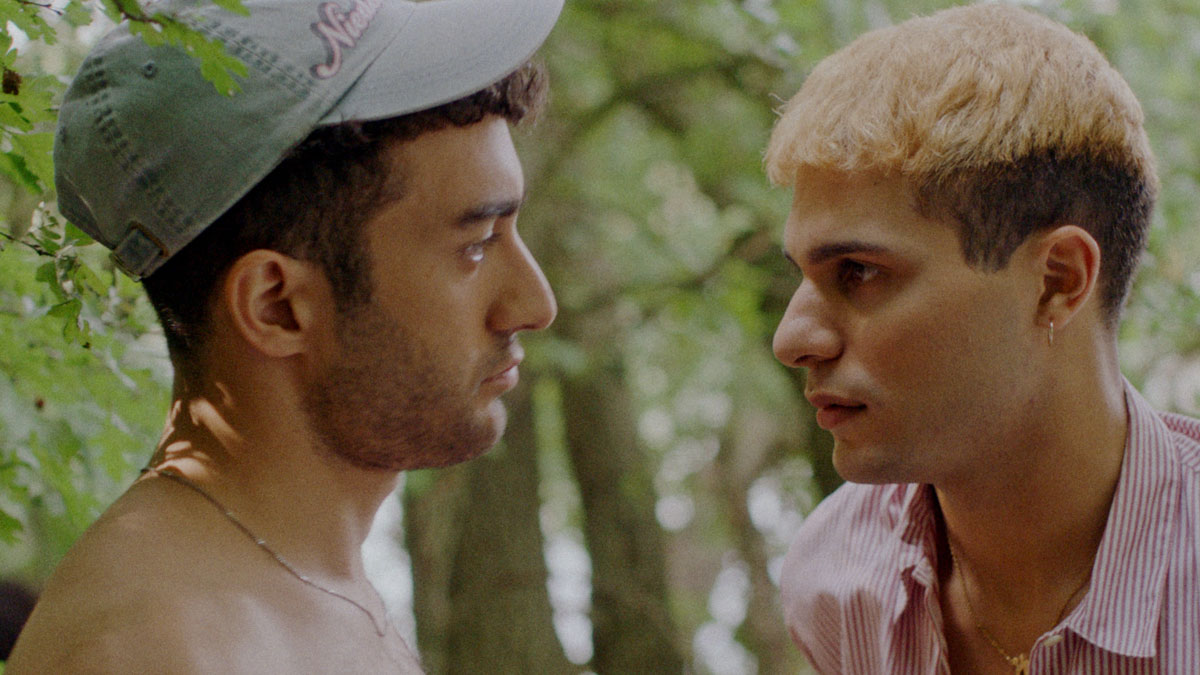 Mischievous Irani-German Parvis (Benjamin Radjaipour) is sentenced to 120 hours community service after being caught shoplifting. As his punishment he’s given the job as a translator at a local refugee home, something he doesn’t take all that seriously. During his time there he meets Irani refugees, brother and sister, Amon (Eidin Jalali) and Banafshe (Banafshe Hourmazdi), who are very close and bring him into their inner circle. Parvis and Amon quickly fall for one another but their relationship hits a rough patch when Amon refuses to be public about his feelings and Banafshe is threatened with deportation.

‘No Hard Feelings’ is from writer/director Faraz Shariat and it’s as much a comment on immigration as it is sexuality. Interesting Parvis has a seemingly normal relationship with his parents, who don’t bat an eyelid at his sexuality (something you don’t often see represented with Irani characters) and that allows him to be more gregarious with his behaviour. Before he meets Amon we see him acting out and hooking up via Grindr. Once Amon is in the picture, Parvis falls pretty hard but he becomes frustrated that Amon wants to keep their relationship behind closed doors.

Meanwhile, Banafshe who is relentlessly supportive of her brother faces a significant threat in the form of being deported from Germany. As she tries to find a way out of that situation, including a short contemplation of a non-too-savoury offer from an immigration officer, the strain begins to show on Parvis and Amon’s relationship. Amon’s closeness to his sister is the source of ridicule with the other boys he hangs out with, with the insinuation that their closeness has crossed into incest, and he puts her before everything and everyone.

The performances from the three leads are very strong. Benjamin Radjaipour in particular shines as the ostentatious Parvis who hides his need for love and intimacy in his outlandish behaviour and style. He’s matched by a more conservative turn from Eidin Jalali and the two actors have palpable chemistry on screen. You root for their relationship to survive even though there’s a sense of inevitability from the moment they meet.

‘No Hard Feelings’ is a thought-provoking watch that raises some serious issues and tells a story we don’t often get to see on screen. While it may not be a perfect story, and could have benefitted from being fleshed out a bit more, the film shows that Shariat has real promise. ‘No Hard Feelings’ has a lot to say and while it may not get it completely right, there’s enough here to enjoy.